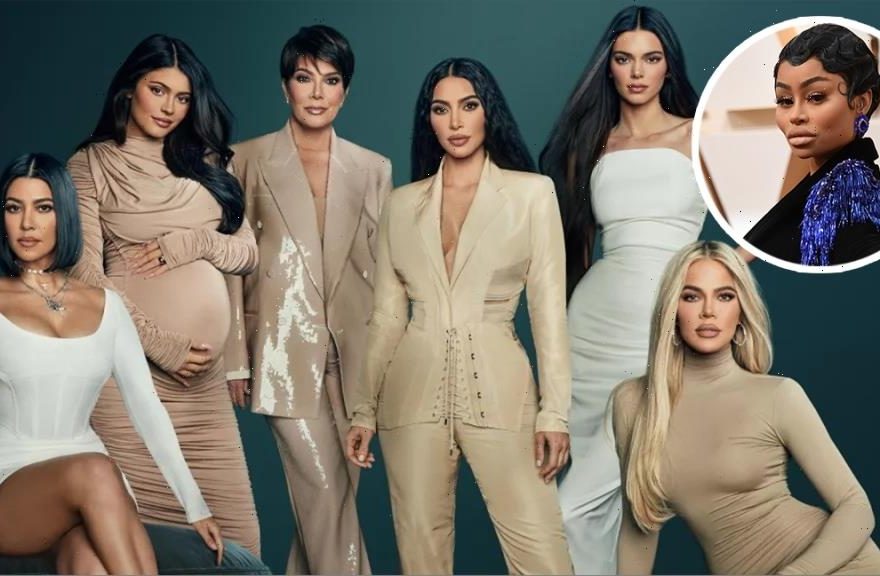 The trial is well underway, but the Kardashian-Jenners have requested a judge dismiss the ongoing case against them by Blac Chyna, the former ex-fiancé of Rob Kardashian who is suing the famous family for more than $140 million, claiming they ruined her reality TV career.

In a motion seeking dismissal, filed this past week by the Kardashians’ attorney, Michael G. Rhodes, the family is asking the court to dismiss Chyna’s claims. Rhodes represents Kris Jenner, Kim Kardashian, Khloé Kardashian and Kylie Jenner, who are all defendants testifying in the current trial.

“Before trial began, these claims were absurd because there was no documentary evidence, economic analysis, or expert testimony that would support them,” Rhodes states in the Aprill 22 court documents, obtained by Variety. “Any attempt to assign economic damages by the jury would be impermissibly speculative,” the attorney continues, adding that Chyna’s “unsupported and wildly speculative claims for damages must not be allowed to go to the jury.”

Chyna — an influencer and model who co-starred with Rob Kardashian on E!’s reality show, “Rob & Chyna,” which aired for one season in 2016 — is suing the Kardashians for defamation, seeking $109,635,021 in economic damages and an additional $36 million in general damages for emotional distress.

The case revolves around Chyna’s 2017 lawsuit, which alleges that Rob Kardashian, her ex-fiancé with whom she shares a five-year-old daughter, was abusive and that the Kardashian-Jenners were responsible for the cancellation of the former couple’s short-lived show. Chyna sued the entire family over claims of defamation, assault, battery, domestic violence and interference with prospective economic relations. That same year, the family responded to the claims with their own lawsuit, alleging that Chyna was the one who attacked Rob Kardashian.

On one hand, Chyna is claiming the family had a master plan to axe the show and wielded their power to derail her television career. On the other hand, the Kardashian-Jenners and executives behind the former E! series have testified that the show ended because the couple was no longer together, which was the entire premise of the show — in simpler terms, “Rob & Chyna” could not continue to air without Rob and Chyna.

The new court docs state that Chyna has not provided any testimony to support her “potential longevity in the entertainment industry.” The Kardashians’ attorney notes that while Chyna claims her economic damages are for “lost past income” and “loss of future earning capacity,” Chyna admitted last week that she hasn’t paid taxes in years.

Chyna claims she has lost income from television appearances, social media and endorsement deals and paid club appearances; however, the Kardashians’ attorney says she has not provided any evidence or “specific facts” about her “allegedly damaged income sources in a given year.” The attorney adds nothing supports her claims that her fee for paid social media posts would have increased to $45,000-$50,000 and that her fee for appearances could have increased to $40,000, for which she would have had “approximately 48 paid appearances per year for 15 straight years.” While making these claims, Rhodes writes that Chyna “conceded during examination” that she’s made “millions of dollars each” from Fashion Nova, OnlyFans and more venues over the past few years.

The trial has unearthed ugly details and personal matters. Over the past week in court, a volatile fight that the former couple had in late 2016 has emerged as the key event that led to their E! series ending.

During the altercation, Chyna, who had just given birth to the former couple’s daughter, Dream, allegedly choked Rob Kardashian with a phone cord and held a gun to his head. On the stand, Chyna said she was just being “silly” and the gun incident was a “joke.” When Kris Jenner took the stand, she cried recalling the situation, testifying that her son told her that Chyna had hit him with a metal pole, and also threw a chair at his car when he tried to drive away after the fight. “It’s not a joke. It’s not funny,” the matriarch tearfully told the jury.

Television executives from E! and Bunim-Murray productions, which is the company that produced “Rob & Chyna” and the “Keeping Up With the Kardashians” franchise, testified that the couple’s breakup is the sole reason why the show did not continue with a second season. They explained that the 2016 fight was a major issue for production, as the pair’s romance unraveled to the point where they refused to be in the same room together.

Kris Jenner testified that she thought Chyna would “murder” her son. Kylie Jenner told the jury that she warned her brother about Chyna, after her ex-boyfriend, Tyga, who shares a child with Chyna, allegedly claimed that she had slashed him with a knife during their relationship.

Variety has reached out to Rhodes for additional comment on the filing, in addition to seeking comment from Chyna’s attorney, Lynne Ciani.