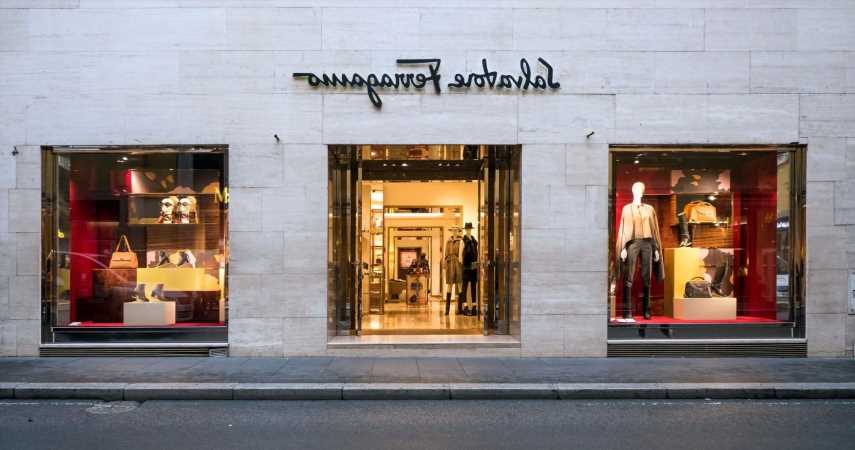 The story of Salvatore Ferragamo dates back to Bonito, Italy, where he was the eleventh child in a family of fourteen siblings. While many people are unsure about their career paths, Ferragamo knew he wanted to become a shoemaker when he was a child. Despite his father’s reluctance, the young boy would visit the local craftsman daily to understand the art behind creating a perfect shoe. After studying shoemaking from a young age, Ferragamo moved to America to study footwear in detail and establish his brands. The shoemaker first gained notoriety after becoming big in Hollywood as the brand was commissioned to create footwear for various movie projects.

The Story Of A Budding Shoemaker

Born in 1898, Salvatore Ferragamo came from a large family where his parents would work the fields to make a living. Many of his siblings moved from Italy to America to find better jobs for themselves. Ferragamo wanted to become a shoemaker since he was a child and often spent hours watching local shoemakers work on their craft. At the time of his sister’s First Communion, the family could not afford to buy any shoes. As mentioned by Instyle, he made his first pair of shoes for his sister to wear to church when he was just nine years old. Two years later, he moved to Naples and opened a shoe shop.

RELATED: Here’s How Wes Anderson Became One Of The Biggest Filmmakers In The World

When Ferragamo turned 17, he moved to the United States to live with his siblings and study the science behind making the perfect shoe. He picked odd jobs in the shoe industry and made the first order of cowboy boots for a film, opening doors for more requirements. Salvatore Ferragamo became known as the shoemaker for Hollywood as he created many iconic shoes for celebrities such as Sophia Loren, Audrey Hepburn, Marilyn Monroe, and even the iconic ruby shoes worn by Judy Garland in The Wizard Of Oz, as noted by Celebrity Net Worth.

By mastering the art of creating the perfect shoe, Ferragamo opened his store and received his US Citizenship in 1926. Along with making shoes for a wealthy clientele, he also wanted to experiment with creating his brand. He opened the Ferra-Gamo Incorporated with enough funding and moved the shoe production to Florence, Italy. While curating a collection of exclusive shoes, Ferragamo invented the wedge heel when World War II was around the corner in 1937. The first shoe store opened in Florence in a single room in Palazzo Altoviti Sangalletti.

During the war, there was a shortage of supplies to create the heeling material, and Ferragamo used his creativity to make shoes from felt, hemp, and fishskin, as stated by Ferragamo. In 1946, the brand expanded into creating kid’s shoes and won the Neiman Marcus Fashion Award for bringing traditional Italian culture to America. Within two years, the first international store opened its doors in New York. The brand went on to have various collaborations with Elsa Schiaparelli, Christian Dior, and Elda Cecchele. In 1960, Salvatore Ferragamo passed away, and his wife and two daughters took over his company.

Under new leadership, Salvatore Ferragamo continued to soar and expanded into various fashion spectrums, including watches, eyewear, and ready-to-wear clothing. In 1961, the first perfume Gilio was launched, and a decade later, the brand launched its infamous scarves. The iconic pump Vara was created in 1978 for its Winter Collection, which came with a metal bar clipped to a flat bow. The pump with 3 cm heel became a staple for women’s formal, informal, and party wear. A few minor changes were made to the heel to meet the expectations of the American market. It has now become the most famous women’s shoe by the brand.

During the 1980s, Salvatore Ferragamo opened its flagship stores worldwide in notable countries and regions, including Japan, China, India, Mexico, and the Middle East. 2011 was a big year for the brand as it was officially listed on the Milan Stock Exchange. As mentioned by Reuters, the pandemic in 2020 caused a dip in sales due to the lockdown, but within a year, the sales picked up and rose by 31.4% in 2021, making $1.27 billion.

Under refined leadership and a vision to rejuvenate the company once known as Hollywood’s favorite shoe brand, Salvatore Ferragamo has continued to rise post-pandemic and brings new designs to life. Following the footsteps of its founder, the brand increases to meet Ferragamo’s expectations and passion for shoemaking.

READ NEXT: These 9 Watches Of Kanye West Prove That He Is A Bona Fide Watch Collector