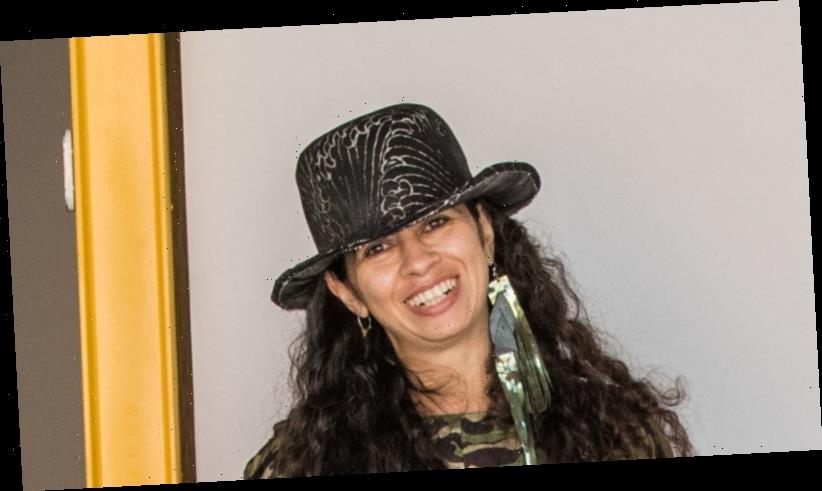 Empty shopfronts dotted along inner-city streets are a grim reminder of the pandemic – but instead of vacant shelves a handful now display the creations of leading designers.

“It changes the use of those buildings and brings something accessible to the public. I love the idea of being able to experience some serious talent as you just stumble across it on your way to get a coffee, or late at night, or any time. It’s about being accessible and part of the community,” the collective’s co-curator Nancy Beka said. 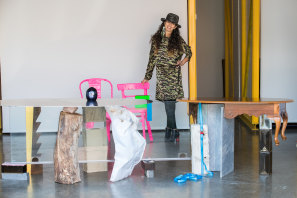 When Melbourne designer Pascale Gomes-McNabb was invited to contribute to the exhibition, called Community, her first thought was to make a table.

For her design, The Community Amalgam table, Gomes-McNabb drew on her community of friends and craftspeople who helped source materials.

She called on her regular metalmaker, who helped her create the bar she designed for restaurant Cumulus Inc on Flinders Lane, gathered stones from her stonemason and asked her joiner to help attach a tree trunk he donated to be one of the table’s legs.

Gomes-McNabb has won many awards for interior design, including the Best House in the World in 2018 at the World Architecture Festival, shared with Terroir Architects for a home in Castle Cove, Sydney. She designed the interior of Stokehouse and the Penfolds Magill Estate restaurant and now also does high-end houses.

“I may put these things together with my design sensibility, intuition and eye but all those things are there because of the community I work with,” she says. “You’re upheld by your community.”

Her table design is one of 22 works displayed in shopfronts lining Smith Street, Collingwood, and Brunswick and Gertrude Streets, Fitzroy. The exhibition is part of Melbourne Design Week.

There are six Melbourne designers featured alongside 11 from interstate and five from overseas showing either furniture or sculptures.

Alt Material is holding walking tours of the shopfronts to share more detail on the works until April 5.

“It’s supposed to be evocative and make people feel something whether passively or by seeking out these pieces,” Beka says.