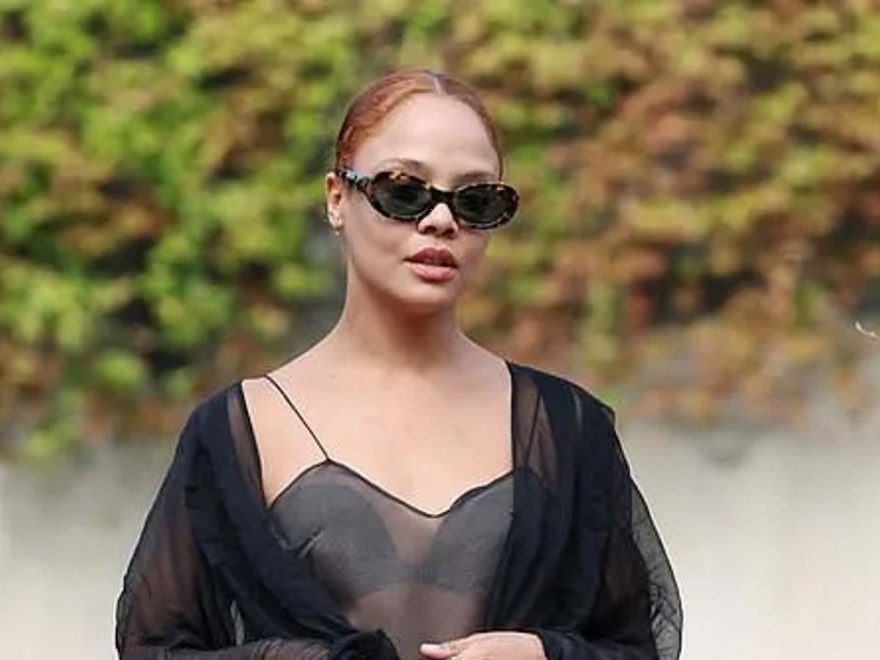 The most famous film festival in the world, held annually on the island of the Lido in the Venice Lagoon. With movie screenings taking place in the historic Palazzo del Cinema on the Lungomare Marconi.

This year’s line up will see Blonde, starring Ana De Armas as Marilyn Monroe, battle it out for the competition’s top accolade.

RELATED: 15 Things We Didn’t Know About Tessa Thompson Before She Made It Big In Marvel

Actress Tessa Thompson, flashed her bra through a sheer black top which she layered beneath a coordinating shawl as she stepped onto a nearby boat.

She made her look complete by wearing a black leather jacket, oversized black trousers and shiny shoes. She then added a pair of tortoise-shell sunglasses to complete the look.

Tessa waved to her fans, letting her chestnut tresses hang in a sleek ponytail with a middle-parting. She wore minimal make-up to showcase her natural beauty.

According to Daily Mail, Brendan Fraser’s touching drama The Whale, in which he plays an obese professor, will also star alongside films starring Cate Blanchett, Hugh Jackman and Colin Farrell.

‘But what still prevails is the feeling that ‘Cinema still wants to try ways of thinking, big themes and big questions, the deep relationships that connect people, the power of feelings and memory and the ability to push your gaze beyond the horizon of the present.”’

READ NEXT: Ben Affleck and Jennifer Lopez Spotted in LA After Italian Honeymoon