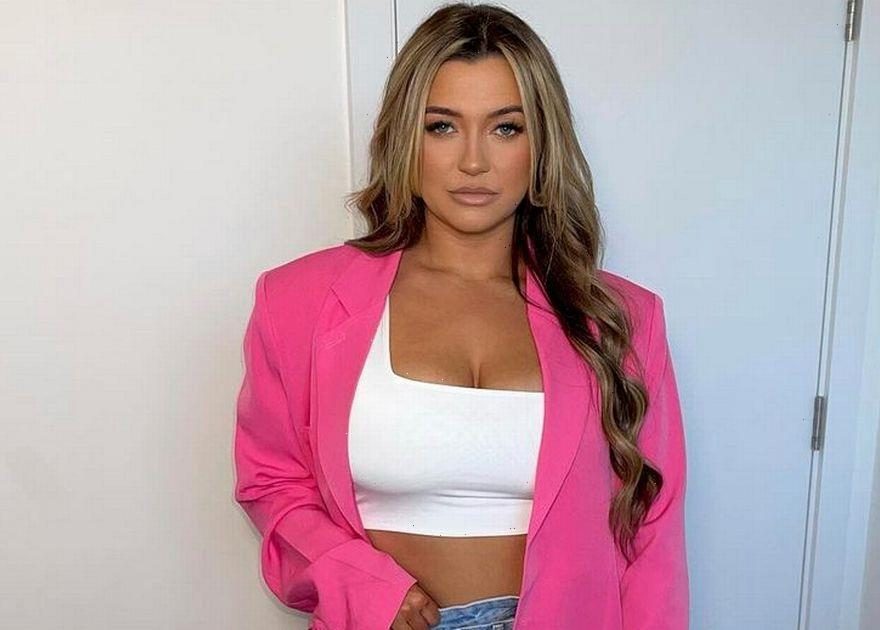 Chloe Patton had big dreams of becoming an actress or a midwife when she was younger.

However, things didn't work out like that for her as she ended up becoming a mum at the age of just 17.

And although the parent says she doesn't wish her son Marley – now five – away, she wouldn't recommend being a teen mum to others.

This is because Chloe – a star of MTV show Teen Mom UK – says she 'missed out' on teenage fun and nights out.

Chloe says she became pregnant with Marley after a course of antibiotics caused her contraceptive pill to fail.

After joining the show, her and on-off partner Jordan Edwards were often seen having fiery rows in the first few years, leading to horrible messages from viewers.

Chloe told Fabulous: "When I first started doing the show, the trolling was worse. Jordan and I would get into tiffs and people would be either on his side or my side. They'd say nasty things about either of us, or say ‘kids having kids’."

Chloe said she even had death threats and people saying she should have 'got rid of Marley'.

However, she admitted that as the years went on, the trolling has got less and less and luckily she had better self-worth now.

Chloe says that whatever people say, she knows she's a good mum, friend, partner and daughter.

When said that when she did her pregnancy test, she had just left performing arts college and was working at M&S with her mum.

She said: "I think it’s the whole stereotype of being a young mum, kids having kids, me and Jordan had only been together a year, I was still living at home, what on Earth could I offer this baby?"

However, she said she realised she could give her baby 'a lot of love' and said Jordan was great and 'stood by her 100%'.

Chloe says she now gets mistaken for Harley's sister as she had him so young.

The mum is now re-taking her maths GCSE, which will allow her to do an Access course next year, before hopefully studying midwifery at university in 2023.

She says: "I always say, if I could have exactly Marley but wait until I was older, I would definitely do that. Even though everything fell into place, I was still really young and I wish I could’ve had some life of being a teenager.

"But I wouldn’t change it for the world, because everything’s worked out perfectly for me. I get to do everything I wanted to do, but with my best friend."

When he's older, Chloe admits she'll be discouraging Marley from taking the parenting route she took.

This is because she says she 'knows how hard' it is and she wants him to be able to go out partying and have fun when he's young.

Chloe says: "I’m definitely not a promoter of teen pregnancy. I tell people all the time ‘if you can wait, wait, but if it happens, it happens, it’s not the end of the world’."

Asked if she has any regrets about missing out on things, Chloe says: "Not now, but when I was younger all my friends were in Manchester, Liverpool, Sheffield and London, I was missing out on the partying and social side.

However, now she says she really enjoys a night in with her little boy watching Toy Story in bed in their pyjamas, eating popcorn.

Chloe spoke out ahead of the release of Teen Mom UK: My Mum and Me, which looks at her relationship with her mum and the help she's given her over the years.

Gran Sue was 36 when she had Chloe – meaning she was in the complete opposite situation to Chloe.

Despite going through different circumstances, Chloe says her parents have been really supportive and she feels 'very lucky'.

She admits it was 'bad luck' her Pill failed but says that 'everything happens for a reason'.

Teen Mom UK: My Mum and Me is airing on MTV