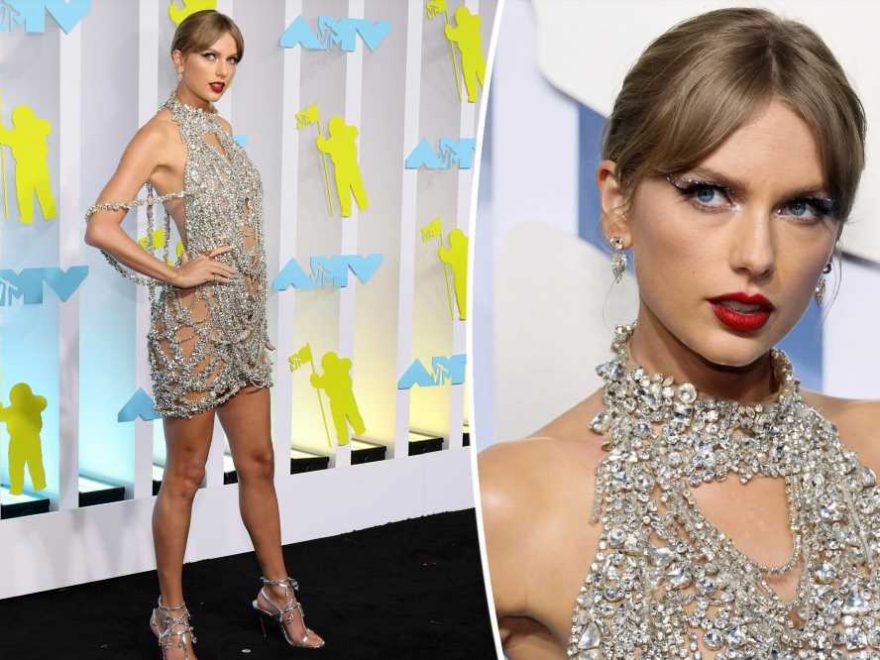 Taylor Swift on ‘Shake It Off’ copyright lawsuit: ‘The lyrics were written entirely by me’

After a three-year absence, Taylor Swift is back at the VMAs.

The pop phenom graced the VMAs 2022 red carpet Sunday at the Prudential Center in Newark, New Jersey, as did Dylan O’Brien — one of the stars of the Swift-directed “All Too Well: The Short Film,” which is up for five awards.

And Swift, 32, looked every inch the movie star herself in a sparkling Oscar de la Renta dress comprised of thousands of shimmering stones.

The “Mirror Ball” musician is nominated for Video of the Year, Best Longform Video, Best Cinematography, Best Direction and Best Editing for her “All Too Well” short film, which also stars “Stranger Things” actress Sadie Sink, as well as the “Blank Space” singer herself.

Swift has stayed largely out of the spotlight lately, making only a few public appearances — including to screen her “All Too Well” film (and surprise fans with a performance) at the Tribeca Film Festival and make a cameo at one of Haim’s concert stops.