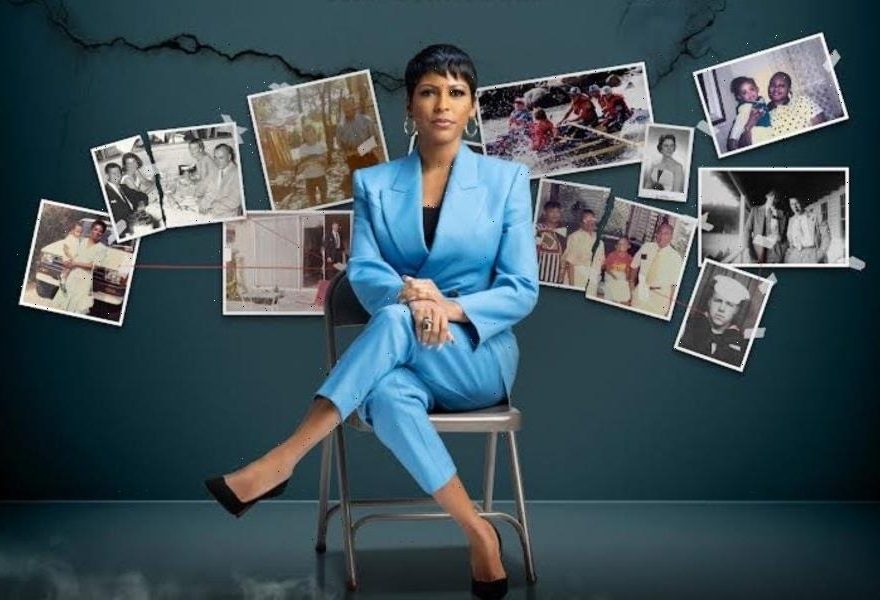 “You always wonder when you see these stories, how did it turn to this?” asks Tamron Hall. “Did the person not see any other alternative?”

Hall is telling us about her new true crime series on Court TV called Someone They Knew, and that question, of how someone could be driven to harm someone they know, is what the Emmy Award-winning talk show host seeks to help answer on it.

The series, which made its debut March 6, tackles stories with a unique connection: the victim of a crime knew their killer. The killer was driven by common feelings that they lost control over, including envy and greed. Hall tells ESSENCE that in covering these types of cases for the show, she often thinks of loved ones like her friends.

“At any point, any of us could fall in love or befriend another adult who doesn’t mean well by us,” she says. “With this show, the person’s in the house. It’s not the person lurking in the garage. This is level one of your home. That is so fascinating and eye-opening.”

She also thinks of her sister, Renate. She was murdered in 2004 and experienced domestic violence. The only person of interest in her case was someone she knew, and that individual was not charged in her death. Instead of harping on whether or not justice will be served, Hall became motivated to highlight the stories of people like Renate, first through her long-running series Deadline: Crime, and now through Someone They Knew.

“I never want someone to believe that these shows don’t have a purpose,” she says. “This is not just for us to sit on Sunday, turn on our TV, and ooh ah at someone’s tragedy. Not at all. There’s a connective tissue with all of these stories and even with my sister’s case, where you ask yourself, What causes someone through greed, jealousy and envy to carry out such acts, and what can we learn from these things?

We talked with Hall about this latest project, the “deeply personal” connection she has to the cases she covers on it, and how she keeps Renate in mind as goes after her goals and highlights the stories of Black women.

Tamron Hall: I think it’s a part of why I became a journalist to be honest with you. It’s to be able to give people the opportunity to tell their stories. And those stories are all too often, particularly when you’re a reporter and as I started out, a reporter who covered crime, linked to tragedy; but they can at the same time be empowering and be inspiring to see how people fight for justice for their families. They can also be enlightening. When people ask me why do I think crime shows like Deadline Crime that was on for six seasons or Someone They Knew are so popular, I believe people think to themselves, could this be me? Could this be someone I know or someone I love? I think these shows hit a nerve in this way.

For me, I’ve talked publicly with ESSENCE before about the loss of my sister. Obviously it became deeply personal, these kinds of stories. But from the very beginning of my career as a journalist, I felt that having the opportunity to sit with people and let them talk to you about their journey, the good, the bad, the sad, is a responsibility that I don’t take lightly. That’s why these types of shows have appealed to me over the years.

As someone who lost someone in a way similar to subjects featured on Someone They Knew, do the cases ever make you emotional? Or is that something you’ve been able to work through over the years?

I don’t think you could ever work through the loss of a family member, certainly not one that’s unsolved. Today is the anniversary of my dad’s passing. My dad died after contracting pneumonia. That doesn’t go away. He would have been 92 today…The loss of any family member never leaves you. What makes my sister’s loss something that ties into the work that I do is because it’s an unsolved crime. And it’s a case where I know her past was linked to her being a survivor of domestic violence. So for me, doing this type of show certainly has the personal connection. Absolutely, when I see a story like those we cover where the suspect is someone they knew or the person convicted is someone they knew, it hits an emotional note because the only person of interest in my sister’s case is someone she knew.

I’ve read that you know who that individual is and you’re not ready to confront them, and also that you feel some blame at times for your sister’s death. Can you speak to that?

I’m not a vigilante so I’m not in a position to confront anyone. I have to, like anyone else, go through the justice system, which sometimes it works and other times, as we know as African Americans, it fails. Nor do I want to speak to the person who was named a person of interest. The police investigated and we were told at the time there was nothing they could do as it relates to charges. There was not enough evidence. So for me, covering this story or talking about the story under the guise of “Will there be justice?” has not served me. What has served me though is speaking out, like my sister’s children, on behalf of survivors of domestic violence. That is an empowering thing and that is something that can make a difference.

When I talk about the guilt thing, that was related to the experience she was going though as a survivor of domestic violence. It was an experience that at the time my family did not know how to handle. We didn’t know what to say. We’d ask, inappropriately, unbeknownst to us, “Why can you just leave?” But we learned over time that’s not how you receive or help survivors of domestic violence. After public incidents of survivors being asked this question, we now know better and I hope we’ll do better. So I use my platform to say, “How do we help? What should we say?” Those are things I didn’t know when I lost my sister but I know now. And we talk about those things with Someone They Knew.

The show is not to make you afraid of people you know, it’s not to make you distrustful, but it is an opportunity through the archives of Court TV and the cases and the video and even interrogations they have on file, to learn how these situations unfolded. Because it is stunning that one day someone can be a friend and then the next day they can be a murderer.

What’s next for you? And how do you go after your dreams, which you’ve been successful at making a reality, with your sister in mind?

My sister was very ambitious. We’re both Virgos. A high-achieving person for sure. And for me, what’s next is the second in my series about Jordan Manning, a crime reporter. The first book was As the Wicked Watch and now I am in my second book in the series. It was really inspired by reading Nancy Drew book sets in my career and in my life and I wanted to create this character. I didn’t realize in the world of fiction, there wasn’t a Black female crime reporter like this ever created. So launching the series, I learned so much about writing and the industry and the book-buying business and the content that is or is not available for Black women to see themselves. So I created this character hoping Black women see themselves and her journey. They may not see themselves as a crime reporter, but in different aspects of her life: career, family, love, and the desire to help.

We are now in Season 3 of the talk show and we’ve just been picked up for seasons four and five. It’s been a whirlwind. When we started the show, myself and Wendy [Williams] were the only solo hosts to create, executive produce and host shows with Black women. Now looking at the landscape and knowing we’re in our third season and we’ve been able to, with a phenomenal team, keep going, it’s all very surreal. I hope that not only would my sister have been proud, I also hope that women I’ll never meet are proud that they rooted for me and that I’ve worked hard to do right by Black women in the sense that we’re not a monolith. We don’t all think the same, we don’t all dress the same, we don’t all do the same things, but I think we all have the common goal of showing what we are capable of to not be devalued as we so often are.

Someone They Knew airs on Court TV Sunday nights at 9 PM EST.