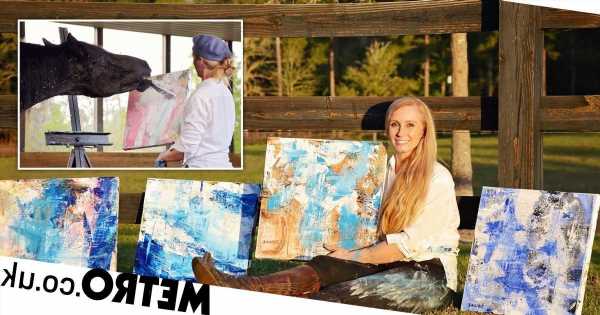 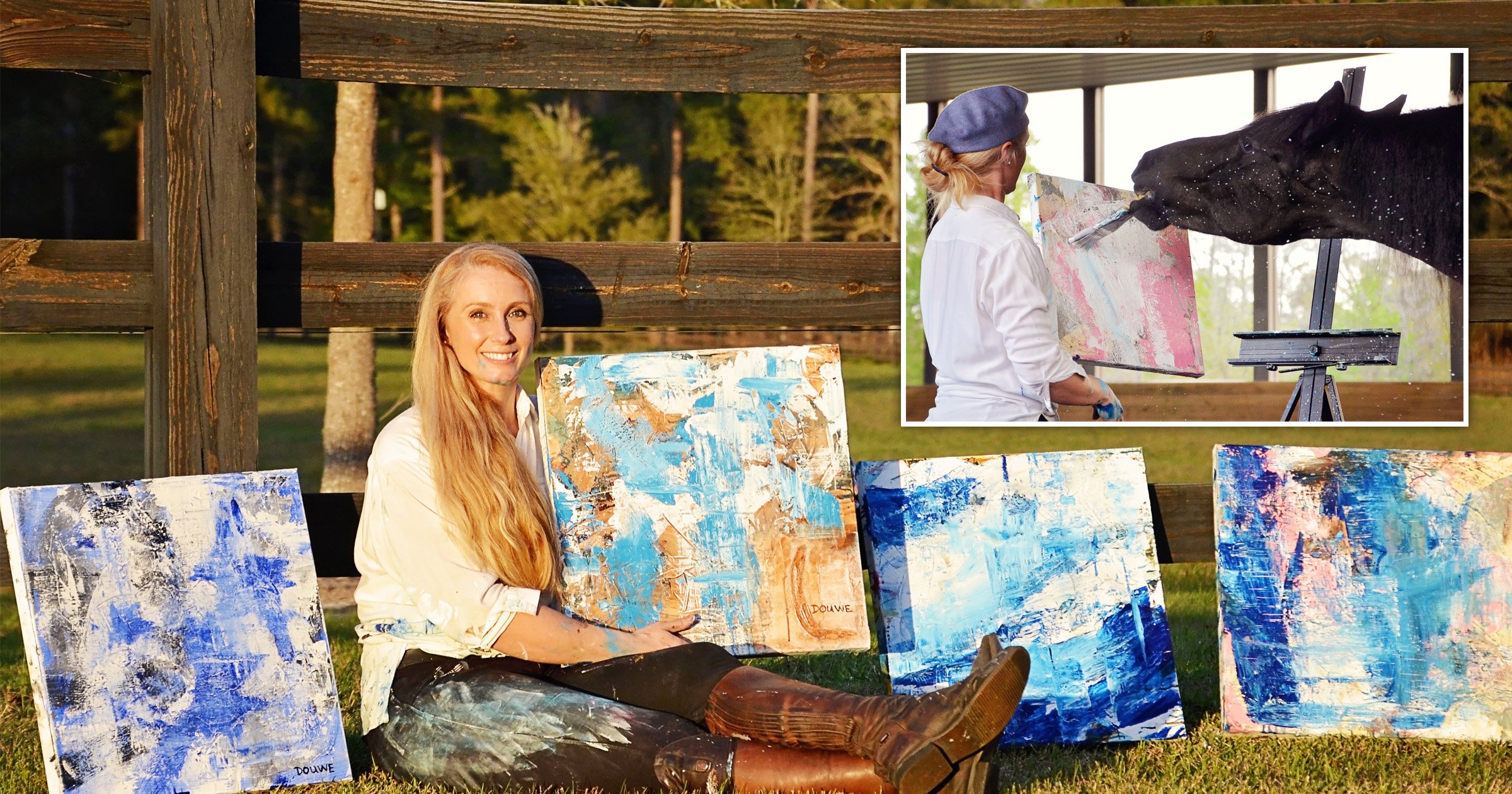 Horses have always had many jobs in human society – carrying people around, racing, pulling carts. But artist isn’t usually on that list.

But this horse, who lives in Havana, Florida, has been honing his painting skills and now sells his works of art for hundreds of pounds.

Owner and horse trainer Sandra Beaulieu, 39, started painting with horse Douwe, 19, in 2019 after introducing him to her hobby.

Douwe, a striking Friesian gelding, soon began picking up the paint brush and putting the paint on the canvas by himself.

Since the pair started painting together, they have managed to sell four of their beautiful creations, including Storm in the Mountains, Blue Dog, Ocean Sunset and Earth Day.

‘When I first met Douwe, he was considered a dangerous horse having hurt a few of his riding by bucking and bolting but after two years of trust building, he started to come out of his shell and revealed his intelligence,’ says Sandra.

‘Douwe really started to shine when we began trick training – he was very intelligent and we learned how to communicate really well with each other over the years.

I started teaching him how to paint because he had developed arthritis in his front legs and had an unremovable cyst in his hoof so our performing days were over.’

Sandra says that painting was something special they could do together without riding.

‘I started by introducing the brush to Douwe – positively rewarding him every time he held onto it with his mouth,’ she says.

‘Separately, I asked him to touch the canvas with his nose and once he had mastered those two steps, we combined them together and I made sure to make a big fuss.

‘Once he learned to paint, his favourite thing to do was shake the brush up and down really hard to splatter the paint everywhere.’

Sandra has been painting since she was seven-years-old and wanted to pass her talent onto Douwe.

‘I love abstract art and creating from a space of free-flow rather than following a strict plan,’ she adds. ‘I have one of Douwe’s masterpieces hanging in my entryway.

‘I used acrylic paint on canvas with Douwe – it dries pretty quickly and is easy to wash off the horse if he gets some on his coat.

‘We did abstract paintings with many layers of texture, colours and brushstrokes.

‘Each painting session lasts around 30 minutes – we just keep painting until the piece feels done.

‘Setting up the painting space and taking care of the paint, brushes, and canvas after the session is what takes the most time.’