The company behind the Swiss Army knife is recreating it for the 125th anniversary and releasing it as a limited edition replica.

Victorinox is celebrating the 125th anniversary of the Swiss Army knife with the release of the reproduction of its original model.

"As has been the case for over 130 years, the Swiss Army knife still forms the core component of success enjoyed by Victorinox," Carl Elsener Jr., the CEO of Victorinox, told FOX Business. "The pocket knife’s multi-tools, produced in Ibach in our workshop, which proudly bear the famous emblem featuring the cross and shield, are enjoyed worldwide in an almost cult status.

"The Swiss Army knife really today is a global icon and a useful tool for every day's adventure. I believe our customers, they really appreciate the quality and the reliability," Elsener Jr. added. "Millions of people in the whole world have discovered that the little red knife from Switzerland offers really almost uncountable solutions."

BEST CITIES FOR RECREATION IN 2022: REPORT 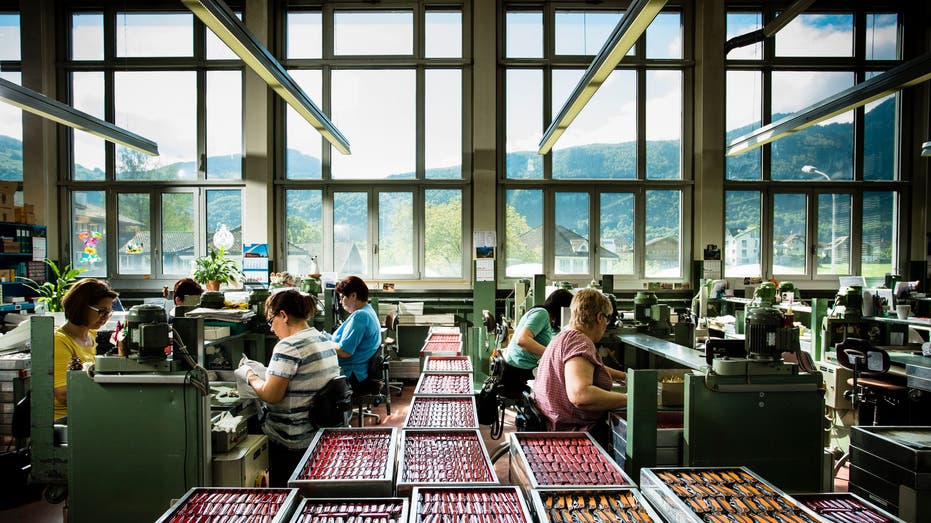 The workers at the Ibach factory in Switzerland assemble the various pieces for some of the 400 models of Swiss Army knives.  (Courtesy of Victorinox)

Now the company boasts around 400 different models of the knife, each with a different number or assortment of tools, ranging from the basic knife to miniature saws, scissors, screwdrivers and more. Modern models even have digital watches and flashlights.

The company developed a new tool inspired by the COVID-19 pandemic when people found themselves ordering more online and having to open more boxes.

"Some of our customers asked if I could incorporate a real practical tool that makes it very comfortable to open all types of boxes," Elsener Jr. said. "This is now a product which will come to the market within the next few months. So we are constantly working on new tools."

Elsener Jr. explained that the knives are made of at least 64 different parts and pieces and more than 400 different "operations" to put the knives together, but "these are the steps that prepare you for anything." He personally has four different knives he keeps with him and regularly uses, including one he keeps on him at all times.

THE WORLD'S THINNEST WATCH IS A $1.9 MILLION FERRARI 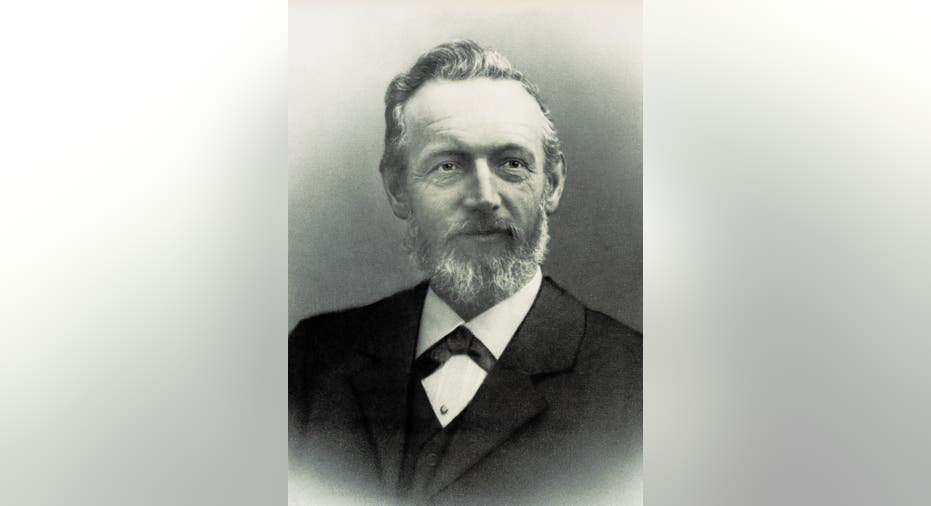 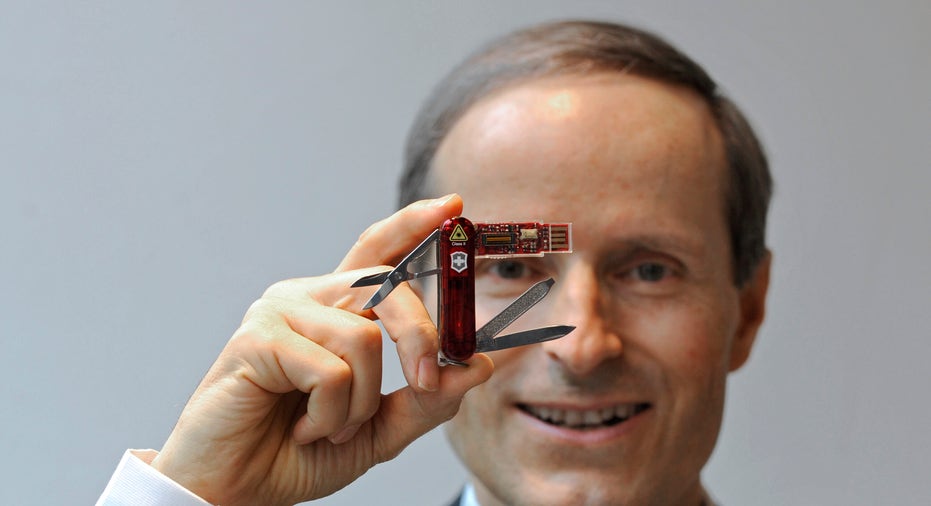 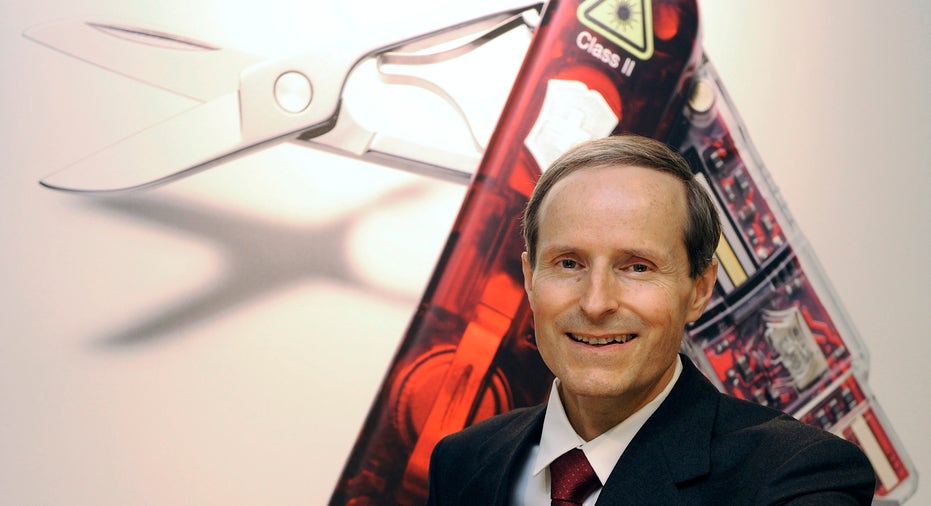 Victorinox founder Karl Elsener, who oversaw the production of the first Swiss Army knife in the 1890s.

Those different tools and parts lend themselves to surprising uses. Elsener Jr. related how delighted he was when he first saw on a "MacGyver" episode how the hero in the show survived a gunshot, thanks to a well-placed knife. Years later, he heard the same story from a soldier.

"We received, during the war in Yugoslavia, from an officer also a story that he was in the war. And he was shot in his leg, and he had in his pocket a Swiss Army knife. And the bullet was held up by the knife," Elsener Jr. said, laughing at the coincidence. "It could really have been very dangerous for him."

But his favorite story involving the knives remains a quote from Canadian astronaut Chris Hadfield, who once said he opened the hatch into the Russian space station Mir using a Swiss Army knife.

"Never leave the planet without one," he said in perhaps the greatest piece of free publicity.

BETHENNY FRANKEL'S NEW BOOK OFFERS ‘TOOLKIT’ TO GET AHEAD IN BUSINESS

The knives themselves are not the only aspects of the business Victorinox has continued to update. The process of making the knives has allowed the company to modernize its energy consumption and reduce its waste and pollution.

Victorinox sources the stainless steel it uses for the tools from France but recently added Germany and Sweden as sources. Elsener Jr. said that 95% of the steel used is recycled, which makes the knives more sustainable. 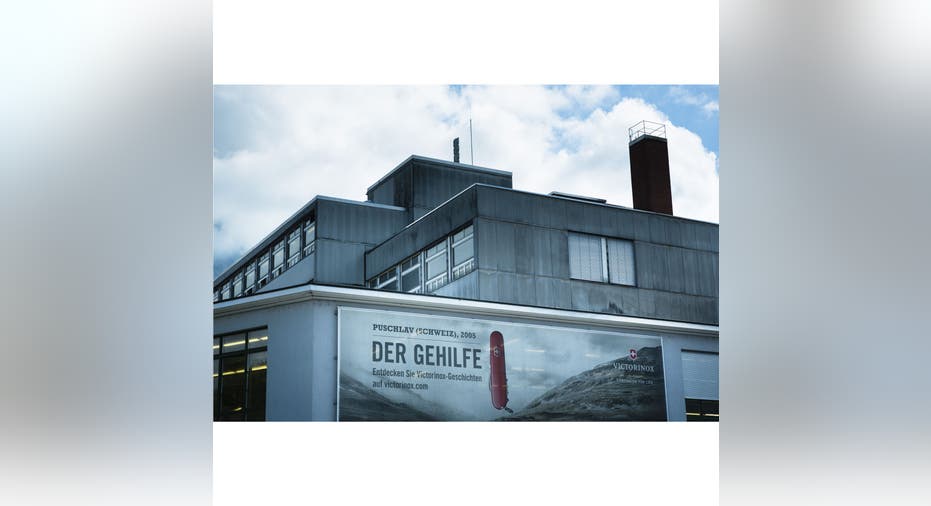 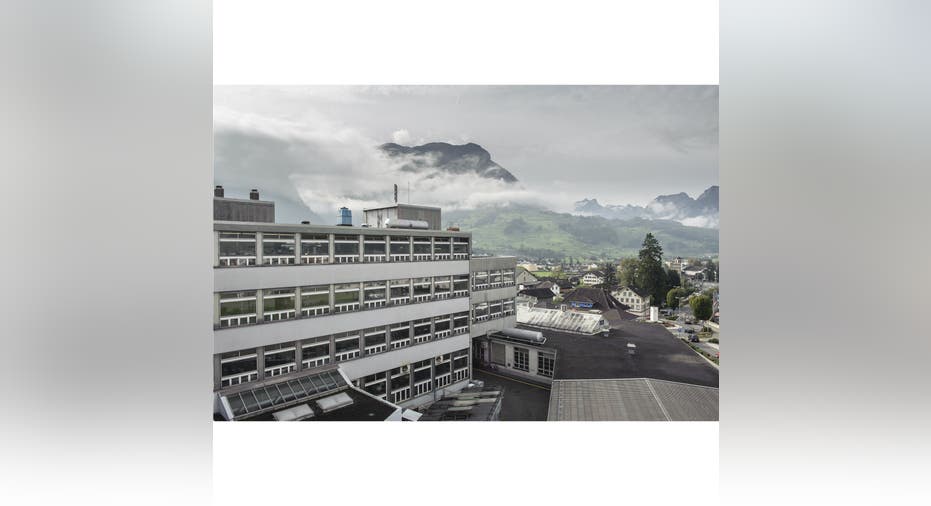 "I believe all of this is one of the key success factors. And, in a way, the project helped the company to use resources ecologically and ensure environmentally sound production processes," he said.

One of the more surprising production developments Elsener Jr. discussed focused on the way recycling of heat generated by the grinding process helps warm the factory and 120 nearby apartments. The factories also started to integrate solar panels on their roofs.

Elsener Jr. likened it to the Chinese proverb that "when the winds of change blow, some people will build walls and some will build windmills." He wants to keep working with people who "see the opportunity of change."

With these changes and more to come, Elsener Jr. remains upbeat about the future of the company his grandfather started, a company that started its rise on the production of a "little knife" that has been shared "fondly by consumers and employees over many, many years."

The anniversary will continue to highlight the various stories that fans send in, as well as an engaging social media campaign to celebrate the history and popularity of the knife.

"This is the desire to discover the unknown, the thirst for action, an end to chaos and for small and bigger adventures," Elsener Jr. said.