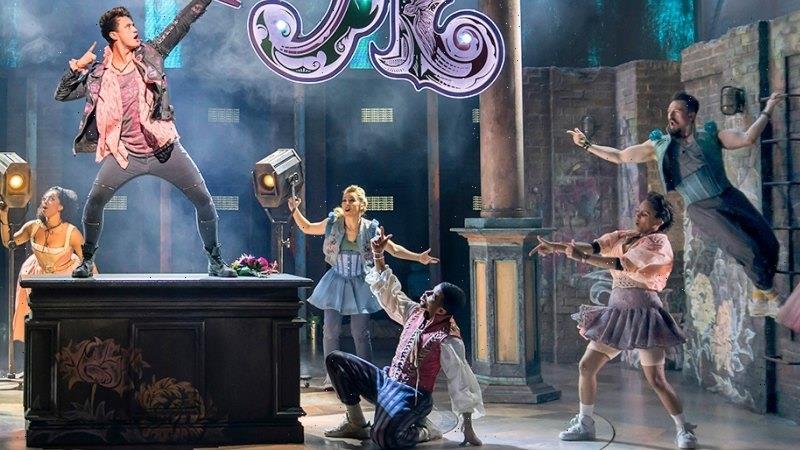 What if Juliet didn’t die? What if she woke up from her drugged sleep, found Romeo dead beside her, and instead of grabbing the knife decided to go on and live a fabulous life singing the pop songs of Swedish one-man hit factory Max Martin?

Melbourne will find out the answer to this vexed question next February, when the award-winning West End jukebox musical & Juliet makes its Australian premiere at the Regent Theatre. 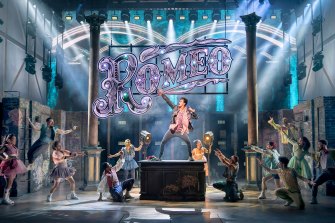 & Juliet the musical, coming to Melbourne next year.

Producer Michael Cassel, who’s also behind Harry Potter and the Cursed Child and Hamilton, said songs on the show’s playlist, including I Want It That Way (Backstreet Boys), Baby One More Time (Britney Spears), Roar (Katy Perry), Can’t Stop the Feeling (Justin Timberlake) and many more, were “every big hit song that I loved and that I grew up with”.

The show’s writer, Emmy and Golden Globe winner David West Read, who served as an executive producer on Schitt’s Creek, said the idea for the show had come to him after he “concussed myself on a kitchen cabinet, which kind of explains the story”.

He started from the premise that, just after Shakespeare finished writing Romeo and Juliet, “his wife surprised him in the rehearsal room and asked him why he needed to kill off his heroine who had only been with her boyfriend for three days – what if instead she chose to go on another adventure looking for love again”.

Record producer Max Martin said the idea for a musical based on pop songs he’d written had been suggested to him by his wife, a decade ago, though “obviously then it was a long road”. 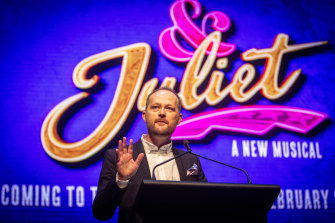 His biggest priority, he said, was that “this wasn’t just a show that was put together to shoehorn in these hits”, so when he met the writer he just “gave him the catalogue [of songs] and said, ‘you do it’”.

Director Luke Sheppard said he went to see “loads of pop concerts” as research, and the production will use cutting-edge sound design to immerse the audience in the music.

The show has a “heart-wrenching story, but with the thrill of pop music, and it’s fearlessly funny and not afraid to be really cheeky… there’s lots of confetti, lots of pyrotechnics and amazing choreography”.

& Juliet was lured to Melbourne with a cash incentive from the state government, but major events minister Martin Pakula declined to reveal how much was paid.

“The competition for these shows is extraordinary,” he said. “Whenever we do an analysis of these shows we make sure that the return – economic, cultural and otherwise – far exceeds and outweighs what we put in.”

Such payments are usually kept secret, however Visit Victoria data reveals the state paid $1.4 million to production company Global Creatures to secure the premiere of Moulin Rouge, which has played a sell-out season in Melbourne and soon moves to Sydney before returning to Melbourne later next year.

Cassel said it was heartening to see people returning to live theatre and seeing Melbourne’s nightlife becoming vibrant again. The company has issued a casting call for & Juliet and Cassel said they hope to discover new Australian talent. They plan to tour the show internationally after its Melbourne season, though dates and locations were yet to be finalised.