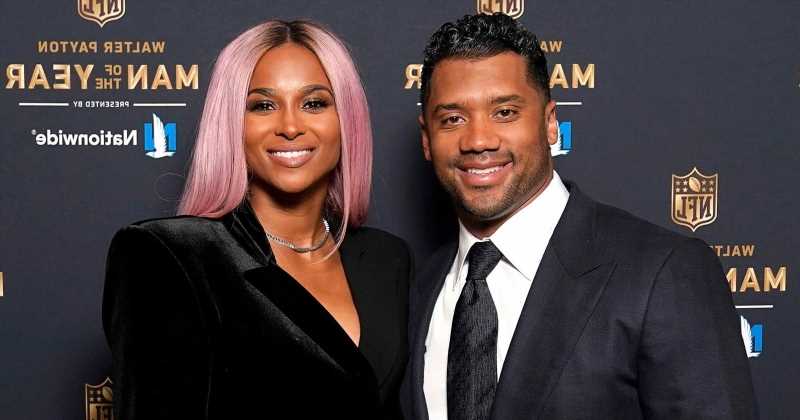 On the mend. Following Russell Wilson’s mid-game hand injury, Ciara is standing by her man’s side throughout his recovery.

Celebrity Health Scares Through the Years

“You’re the toughest Man I know,” the “1, 2 Step” crooner, 35, captioned a hospital photo of the pair on Friday, October 8. “Always dedicated and committed to do whatever it takes.”

The songstress continued in her post, “I love you so much my Sweet King. Thank you Dr Shin and team for taking care of my baby #3 #RareBreed. ❤️💪🏽🐐.” 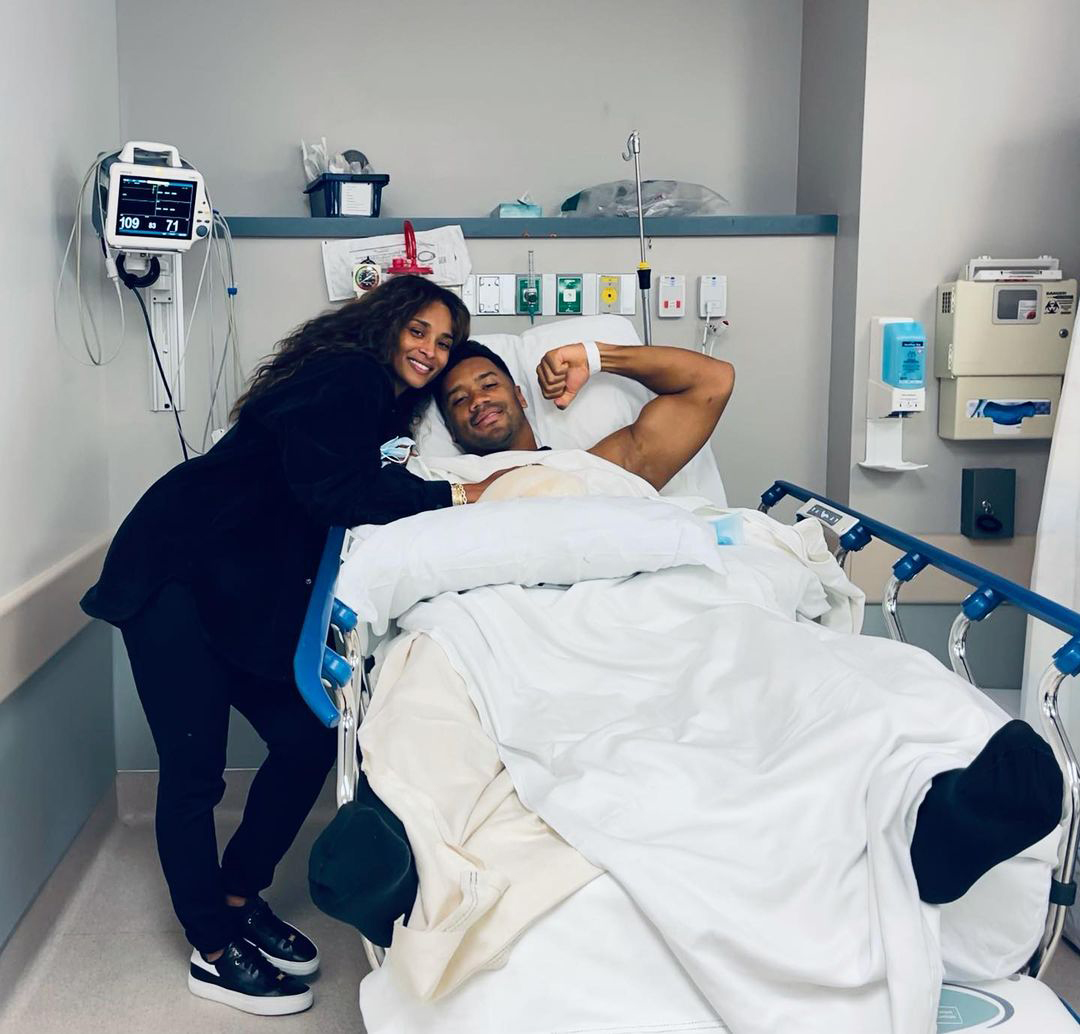 In the snap, the Texas native stood next to the Seattle Seahawks athlete, 32, as he laid on a hospital gurney. Showing off that he was in good spirits, he even flexed his muscles for the camera.

Wilson later reposted his wife’s photo onto his Instagram Story, captioning it “My queen” and including a Bible quote from James 1:2-NIV.

“Consider it pure joy, my brothers and sisters, whenever you face trials of many kinds because you know that the testing of your faith produces perseverance,” the professional athlete wrote in his social media upload, alongside a “kingdom thoughts” hashtag and three praying hands emojis.

Ciara reposted his Story onto her page, adding an “I love you so much baby [red heart emoji]” caption.

The NFL player also shared a post-surgery pic via his Instagram. Wilson sat in a wheelchair, wearing sweatpants, a hoodie, a baseball cap and sunglasses, captioning it, “Lion Heart.”

Wilson injured his right middle finger during the Thursday, October 7, football game against the Los Angeles Rams, per a statement from the Seattle-based team.

“He sustained two injuries to the finger: an extensor tendon rupture (mallet finger) and a comminuted fracture-dislocation of the proximal interphalangeal joint,” the statement, posted via Twitter, read. “He had a successful surgery today in Los Angeles by hand specialist Dr. Steven Shin at the Cedars-Sinai Kerlan Jobe Surgery Center to repair both injuries. He will start therapy this weekend and it is highly anticipated that he will return to play later this season.”

Following the medical procedure, his doctors remained confident that the athletic star would make a full recovery.

“Based on what I saw today, I am fully confident Russell will return to the NFL this season and play at the same world-class level that fans have come to expect of one of the game’s very best quarterbacks,” Shin explained via the statement.

The “Goodies” singer previously married the quarterback during a romantic ceremony in July 2016. The pair later welcomed daughter Sienna, 4, and son Win, 15 months. The “Level Up” musician also shares son Future, 7, with ex Future. Since the pair’s England nuptials, they haven’t been shy about sharing loved-up messages and tributes to one another.

“My Big Baby❤️ I Love You so much! #Datenight,” she captioned a slideshow of photos of the pair on September 18.

The “Get Up” performer made headlines earlier that month when she modeled her 2021 Met Gala look after Wilson’s jersey. “My Hubby’s color rush Seahawks jersey transformed into a dress + His Super Bowl XLVIII ring = EVERYTHING,” Ciara of her Dundas gown and football-shaped clutch, which she explained in an Instagram post at the time.