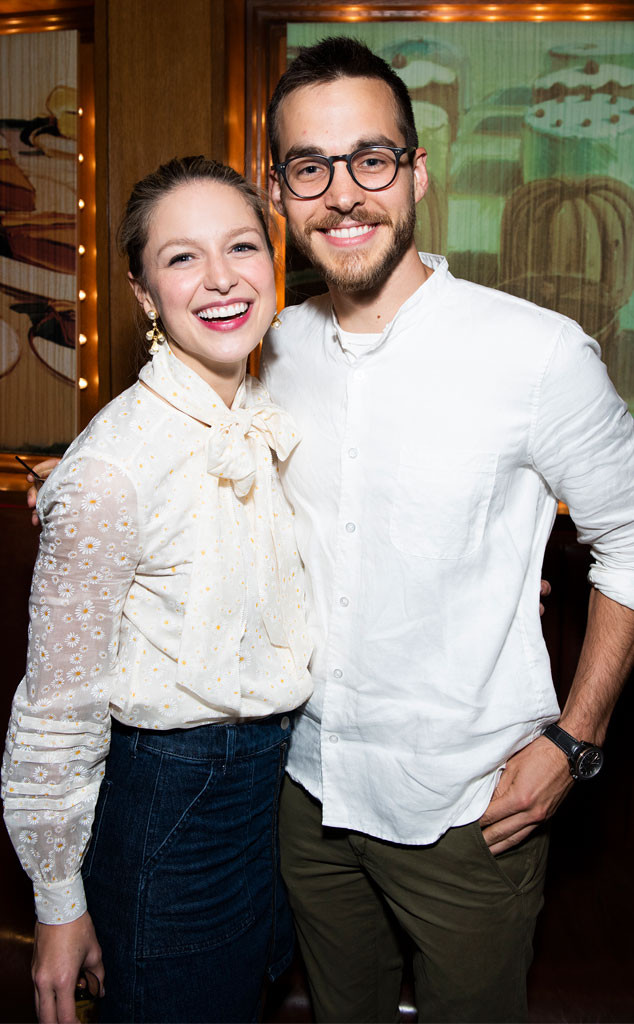 This Hollywood pair is officially off the market.

Supergirl co-stars Melissa Benoist and Chris Wood are married! The celebrity couple tied the knot on Sunday, E! News can exclusively confirm. Making the pair’s big day even more special? They were joined by guests including their CW family including Kevin Smith, Odette Annable and Paul Wesley.

The duo exchanged vows at a private estate in Ojai, California. “It was a beautiful setting for a wedding very peaceful and quiet,” a source tells E! News, noting the ceremony took place beside a pool. “The vows were brief and lasted about 15 minutes. There was lots of cheering and applause as it ended.”

The reception that followed was held in an adjacent grove of trees, where long tables were set up for all the guests. “There were lots of glowing candles and lights strung above,” adds the insider. “The food was served family style and everyone passed the dishes back and forth.”

“It looked like an elegant outdoor dinner party,” continues the source. “There was a lot of laughter and happiness.”

The news of the couple’s wedding comes nearly six months since they announced their engagement. Back in February, the two shared their “happiest” news on social media. “yes yes yes it will always be yes,” the actress captioned her Instagram, which showed her kissing Wood on the cheek. Of course, her massive engagement ring was on full display.

For his part, Chris also shared the new, captioning the same picture, “The happiest.” 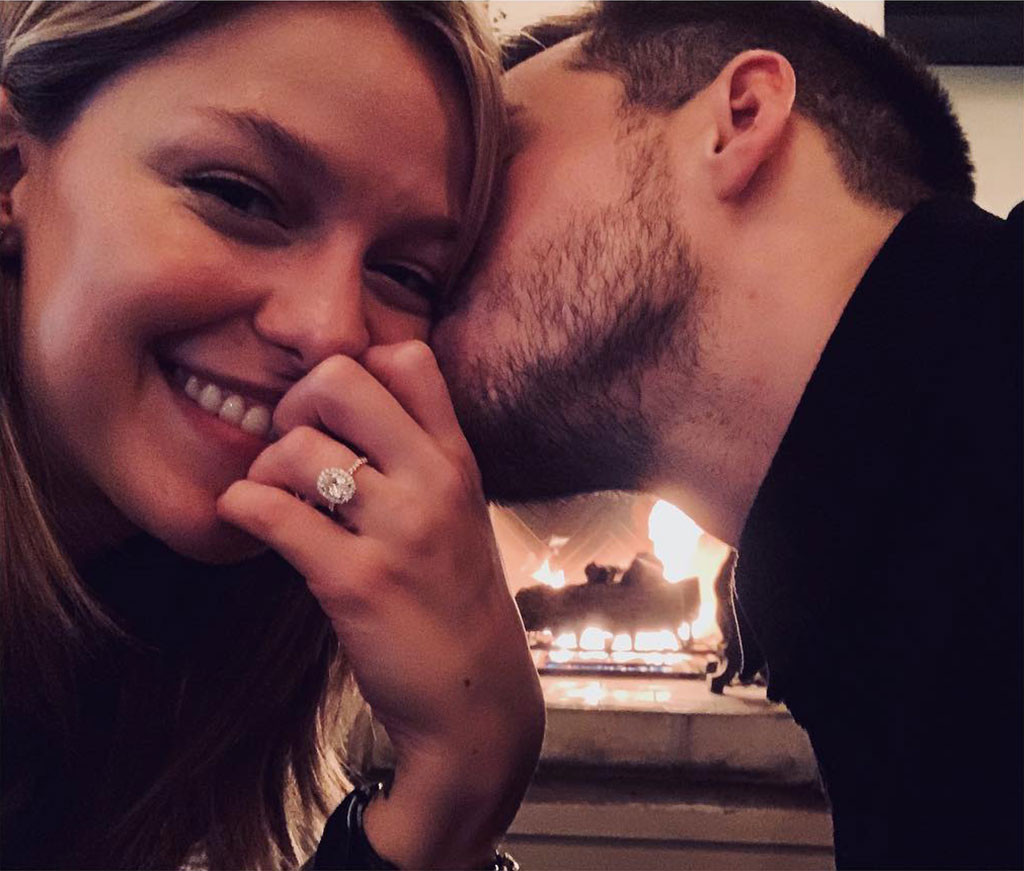 The couple’s love story is a cute one, as the two met on the set of CW’s Supergirl. In fact, the 30-year-old actor played Melissa’s love interest on the hit TV series, and… as the saying goes, the rest is history!

Aside from their off-the-charts chemistry on the small screen, the two made things seemingly official in March 2017, when they were spotted packing on the PDA during a trip in Mexico. The actors “kissed passionately several times” and “appeared to be in their own world,” an eyewitness told E! News of the pair at the time. “They didn’t appear to care who watched their passionate embraces.”

The former Glee actress was previously married to her co-star Blake Jenner. The two tied the knot in 2013, however, in late 2016, Melissa filed for divorce. Their divorce was finalized in 2017.

Congrats to Melissa and Chris on this exciting new chapter in their relationship!