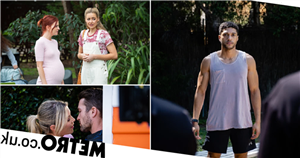 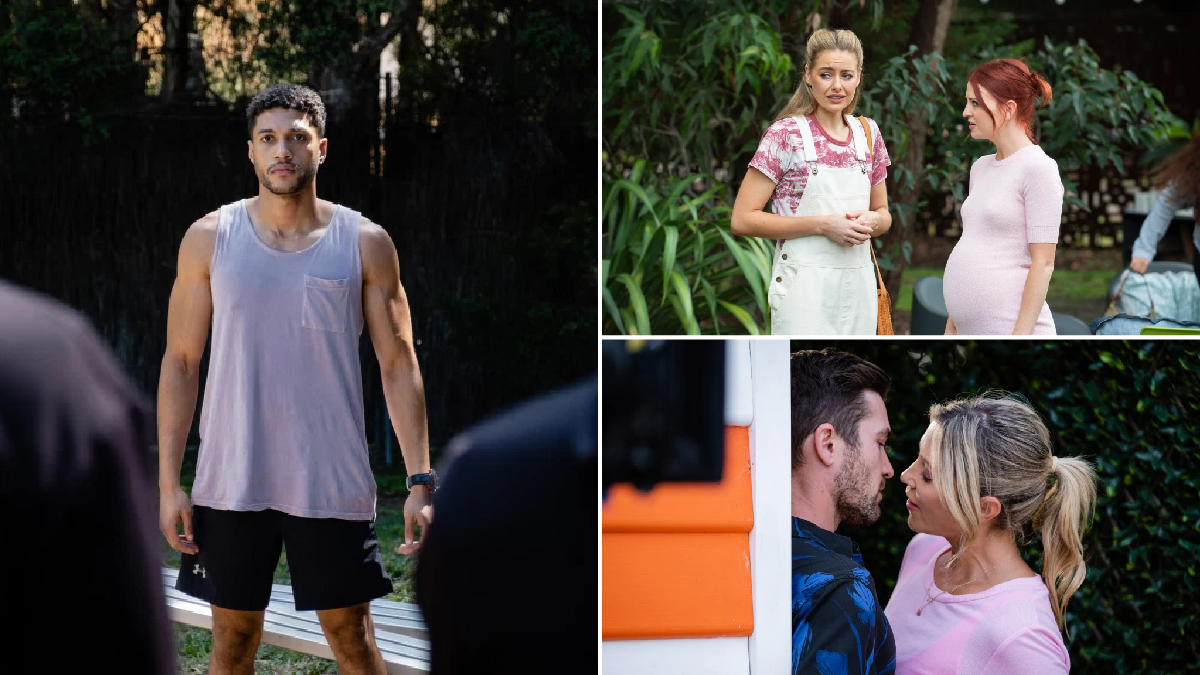 Romance is in the air for two couples this week as Toadie (Ryan Moloney) makes a realisation, as does Ned (Ben Hall), although of a slightly different nature. A return means Nicolette (Charlotte Chimes) might be on borrowed time in Neighbours, as is Levi (Richie Morris), who is in desperate need of learning to watch his back.

Toadie has been struggling with his love life since losing Sonya (Eve Morey), and it still affects his romantic life to this day. But he’s about to make a humongous breakthrough with Melanie (Lucinda Cowden) that could see him start a whole new chapter.

Ned (Ben Hall) is having fun knowing Amy (Jacinta Stapleton) has the hots for him, is he about to make the most of it?

There’s a huge return this week when Leo Tanaka (Tim Kano) and it will spell trouble for pregnant Nicolette (Charlotte Chimes) as he comes armed with a plan to get her out of their lives. He’s out to protect his brother and nothing and no one will stop him.

Levi (Richie Morris) has been playing with fire, and that fire is about to light the fuse of something that could very well explode in his face. Does he even realise how much danger he’s in?

Here’s what’s ahead in Neighbours.

Cue up Marvin Gaye, Amy and Ned are getting it on

It’s a bit awkward for Amy when she discovers Ned isn’t into her after all after she’s thrown herself at him, but now that he’s aware of her feelings it’s triggered his cheeky side. Could he be up for a stringless hook up? Kyle tries to convince him it’d be a bad move, but Mel tells Amy it could be a lot of fun…

Toadie realises where his heart belongs

It’s been a tough road for Toadie in trying to find love, but has he finally found it again? Yashvi and Mackenzie are not happy about their new housemates, and together they have a little rant. Toadie overhears them moaning about Mel and Amy and lets them know it’s not cool behaviour. But Mel later hears he didn’t fully defend her, and in fact learns he allowed the girls to mock her laugh. Despite the hurt, she sees Toadie is up to his eyeballs in work problems and issues at the nursery, so decides to hide her pain and help. This makes Toadie see how special she is, she’s one of a kind and someone he does not want to lose from his life.

Harlow is in a bad place right now and Brent’s letters are not helping. Terese tries to distract her by getting her to help with the Flamingo Bar event, but it does little to pull her out of her mood. Harlow

is later left disappointed when she learns she’s lost her work shift, and when Hendrix comes in, unaware of her struggles and mouthing off about his own life wins, Harlow is left feeling even worse about herself. There’s nothing like a humble brag from an ex to kick you in the gut when you’re down. Is she heading for a downward spiral?

Pierce decides to be a dad in the nick of time

It looked unlikely that Pierce and Hendrix could ever see eye to eye, but they’re about to have a breakthrough. Pierce is about to leave after his whirlwind return and Hendrix realises it’s now or never to fix things. He corners his dad and lets his feelings and emotions flow, and to his surprise Pierce reciprocates, telling him how proud he is of his son. It’s just what they need to get their relationship back on track.

Levi’s got himself in a right old pickle

Kyle finds out Levi has been a bit daft in trying to spy on his attackers on his own. He confronts him about it, but it does no good. Levi is hellbent on getting revenge for the past and won’t let Kyle stop him. Thing is, Levi hasn’t been clever about it and the thugs are onto him. He discovers this when he finds a creepy gift left on his doorstep – a little toy train, a message that they know what he’s up to and a reminder they haven’t forgot the past either. Levi is perturbed and has a breakdown in front of Yashvi.

He realises what he has to do – come clean to his boss, who decides to pay a trip to the attackers himself. Of course, this makes things a whole lot worse as the attackers do not appreciate being harassed by the police. Their anger turns to threats, and now Levi is in some serious, serious trouble.

Leo’s back and plans to ruin Nic’s life. Bit harsh.

Leo is back and he has some big plans to help sort out his brother David’s problems – and that means sorting out Nicolette. He’s back to head up Paul’s investment portfolio, but after learning how unhappy David is with his situation, he vows to help.

With Pierce still in town and riling Nicolette up, it gives Leo the ammo he needs, especially when Nicolette makes a very shocking comment about how she feels about the baby.

So Leo activates his plan, taking Chloe to the vineyard and making her an offer she can’t refuse.

Operation: Get Nic Out Of Their Lives is a go.