Wait, what just happened?! Sophie Turner and Joe Jonas got married?! Mere moments (ok, maybe a few hours) after Joe and his brothers stepped off the Billboard Music Awards stage, he and his new wife (?!) reportedly got married in a true spontaneous Las Vegas ceremony. Sophie Turner and Joe Jonas’ surprise wedding guest list had so many random celebrities on it, but that’s probably because any lingering BBMA folks who couldn’t decide on an after party just showed up! Honestly, whatever. I love this kind of stuff.

First of all, I’m shocked James Corden didn’t officiate the ceremony. There, I said it. However, a surprise Vegas wedding after a major awards show is maybe as badass as it gets. People magazine notes that according to online records, Turner and Jonas applied for a marriage license earlier in the day on Wednesday, May 1, in Clark County, Nevada, seemingly proving the ceremony was a fairly last minute decision. Another source confirmed to the publication that the wedding was "legitimate."

Fans first became aware the big "I Do’s" were happening when DJ Diplo began to live stream the event. He captioned his video, "Gonna hit this wedding real quick." Thanks to his documenting, fans caught some quick glances of the romantic night and spotted a few other familiar faces in the pews, too. The ceremony went down at the iconic Chapel L’Amour inside A Little White Wedding Chapel (so fun!) and Turner wore a stellar white jumpsuit and veil (also so fun)! 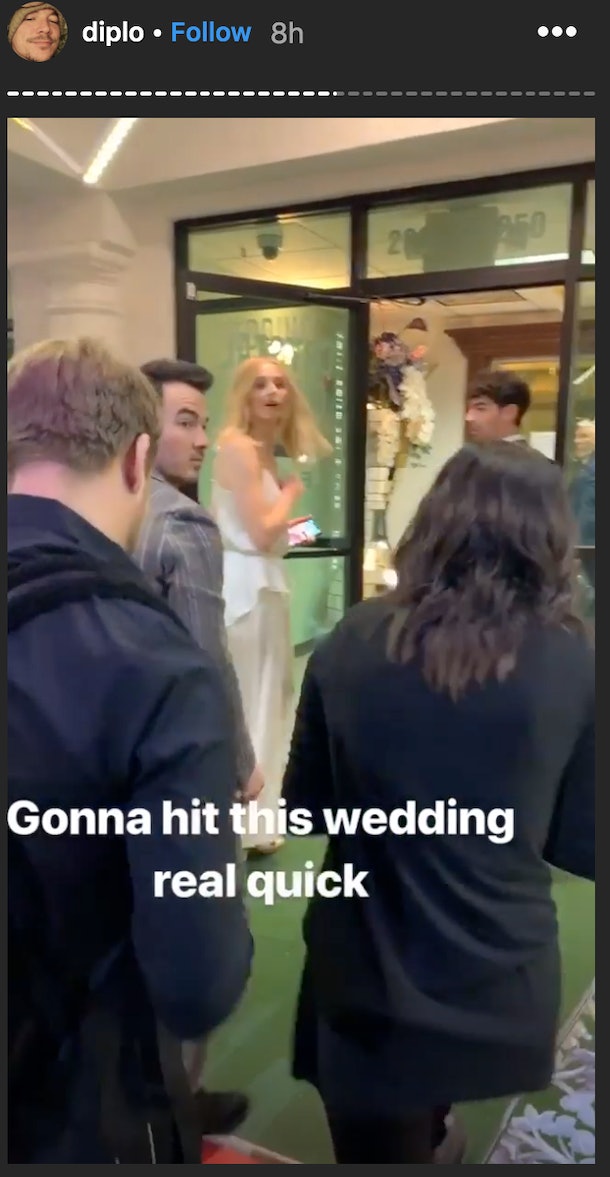 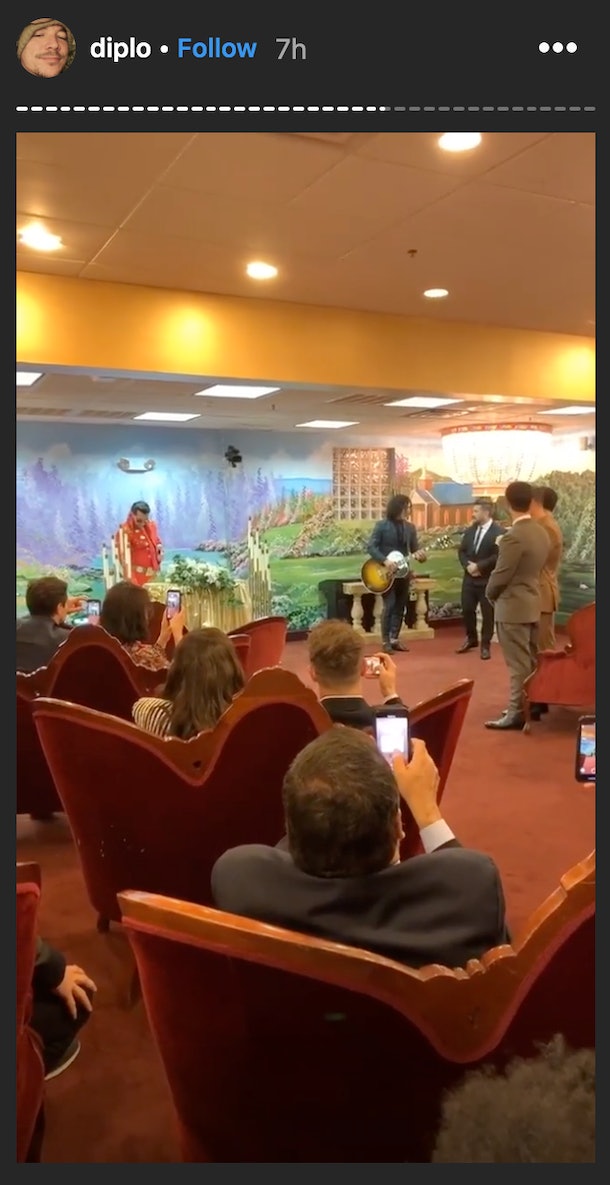 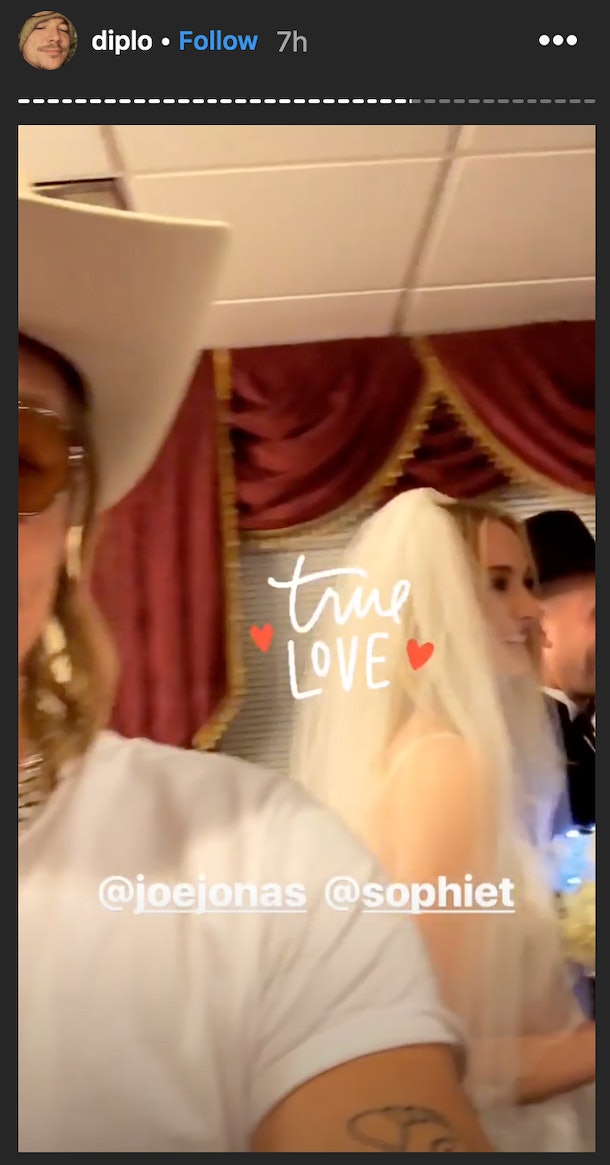 Based on the small number of pictures and videos that have leaked to the public, fans can see singer Khalid was hanging in the audience and country singers Dan + Shay performed. According to People, they strummed their song "Speechless" while Turner and Jonas swapped candy rings at the alter. Joe’s brothers Nick and Kevin were by his side, and Turner’s now sister-in-law Priyanka Chopra seemed to stand in as maid of honor — something fans have a question about since Turner announced her Game of Thrones co-star and best friend Maisie Williams would be one of her two maids of honors.

People‘s report explains the Elvis impersonator had Turner and Jonas repeat these vows to each other: "I promise you, I will never leave you. I will love and trust you, all the days of my life. In sickness and in health… forever and ever.”

Sounds legit to me.

Still, if you recall, Jonas told his good friend James Corden he and Turner were planning a summer wedding. Plus, let’s not forget all of that stuff about Maisie Williams being the MOH! Jonas also said he and Turner were going to get married in France during an appearance on the Zach Sang Show. You guys don’t think that was a funny joke about the Chapel L’Amour in Vegas, do you?

I suppose anything is possible. Diplo could DJ your wedding in a cowboy hat, for example.

Congratulations, Joe and Sophie! This is all so fun!