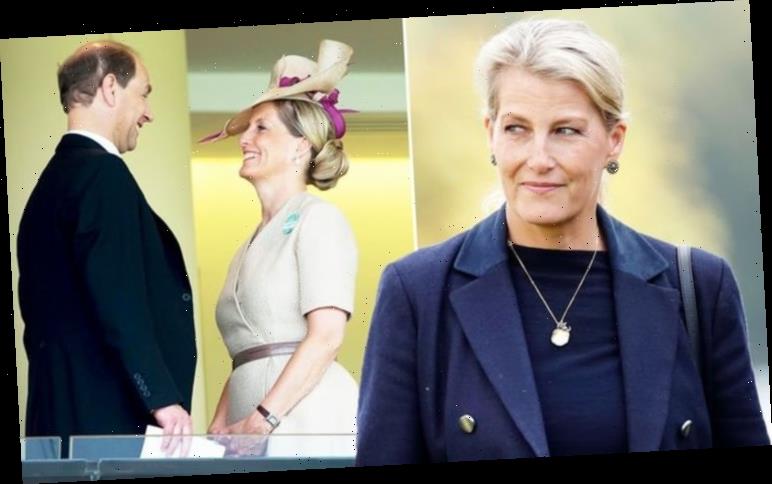 Sophie Wessex presents design award on behalf of the Queen

Sophie, Countess of Wessex, 56, and Prince Edward, 57, are both senior members of the Royal Family. The couple have been married for nearly 22 years and have two children together.

Before they tied the knot, the royal couple reportedly dated for around six years.

During this time, Sophie kept a low profile and avoided public outings with Prince Edward.

However, she was given a royal title following her wedding day and has become a key member of the family.

Sophie and Prince Edward have attended many joint engagements and have continued to make virtual appearances during the coronavirus pandemic.

She said: “Edward’s non-verbal signals suggest he’s happily moved into a more low-key role in public, while Sophie’s confidence signals show her as being the more socially active one in the team dynamic.”

Prince Edward may have been grown up in the public eye, but Judi added he is happy to take a backseat with his wife.

The expert suggested Prince Edward instead shows pride in his relationship while she takes the lead.

“Edward looks delighted to stand by his wife using glances of admiration and pride,” she continued.

“He places his hands behind his back to suggest it’s her show, but his overall mirroring of her mood and posture shows they share like-minded thinking.”

She added the two royals seem to be on the same page during official outings and are comfortable in their royal roles.

Sophie has been happy to take on growing responsibilities in the Royal Family.

Whether they are out enjoying time as a family or performing royal duties, Judi claimed the Wessexes are genuinely happy to be in each other’s company.

“Sophie appears to enjoy stepping into the royal limelight but we never see any signs of vanity from her,” Judi continued.

“One of the most telling traits as a couple though appears to be the way they appear engaged and amused by one another during conversations.

“Not many long-married couples use this amount of eye contact when they’re out socialising.

“It suggests the pair really do enjoy one another’s company.”

Judi added their body language signals show their “love and admiration” for each other.

She said: “Compare Edward’s congruent smiles and laughter to the performed ones on his wedding day and it does seem to suggest increased delight in Sophie’s company.

“They seem to make one another laugh and Sophie’s eye-connect as she chats and smiles suggests the admiration and love might be mutual.”