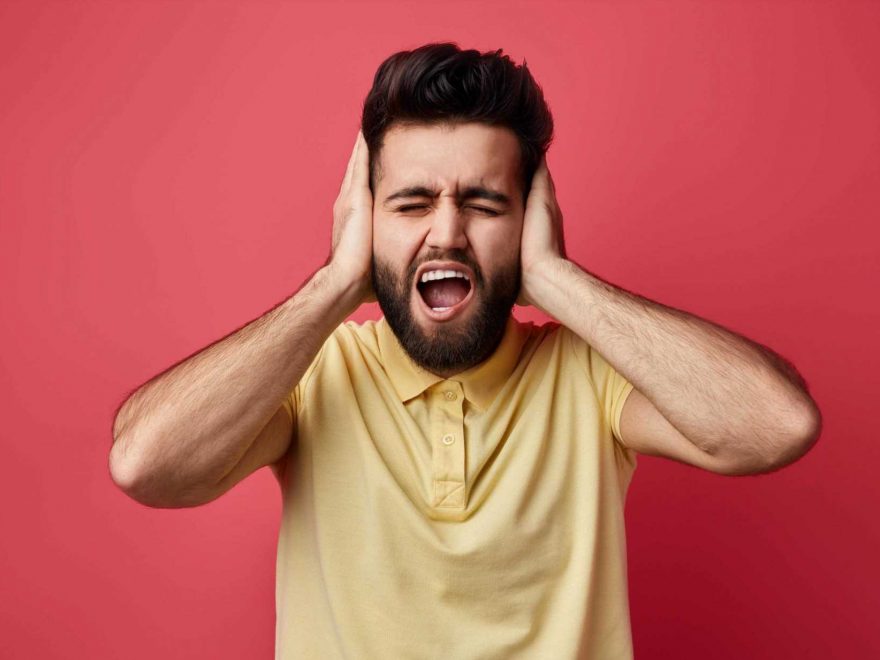 THE Consumer Crew are here to solve your problems.

Mel Hunter will take on readers’ consumer issues, Jane Hamilton will give you the best advice for buying your dream home, and Judge Rinder will tackle your legal woes.

SPENDING more time at home during lockdown put a strain on our relationships with neighbours.

Figures released this week from Churchill Home Insurance reveal a 28 per cent increase in noise complaints over the past year. 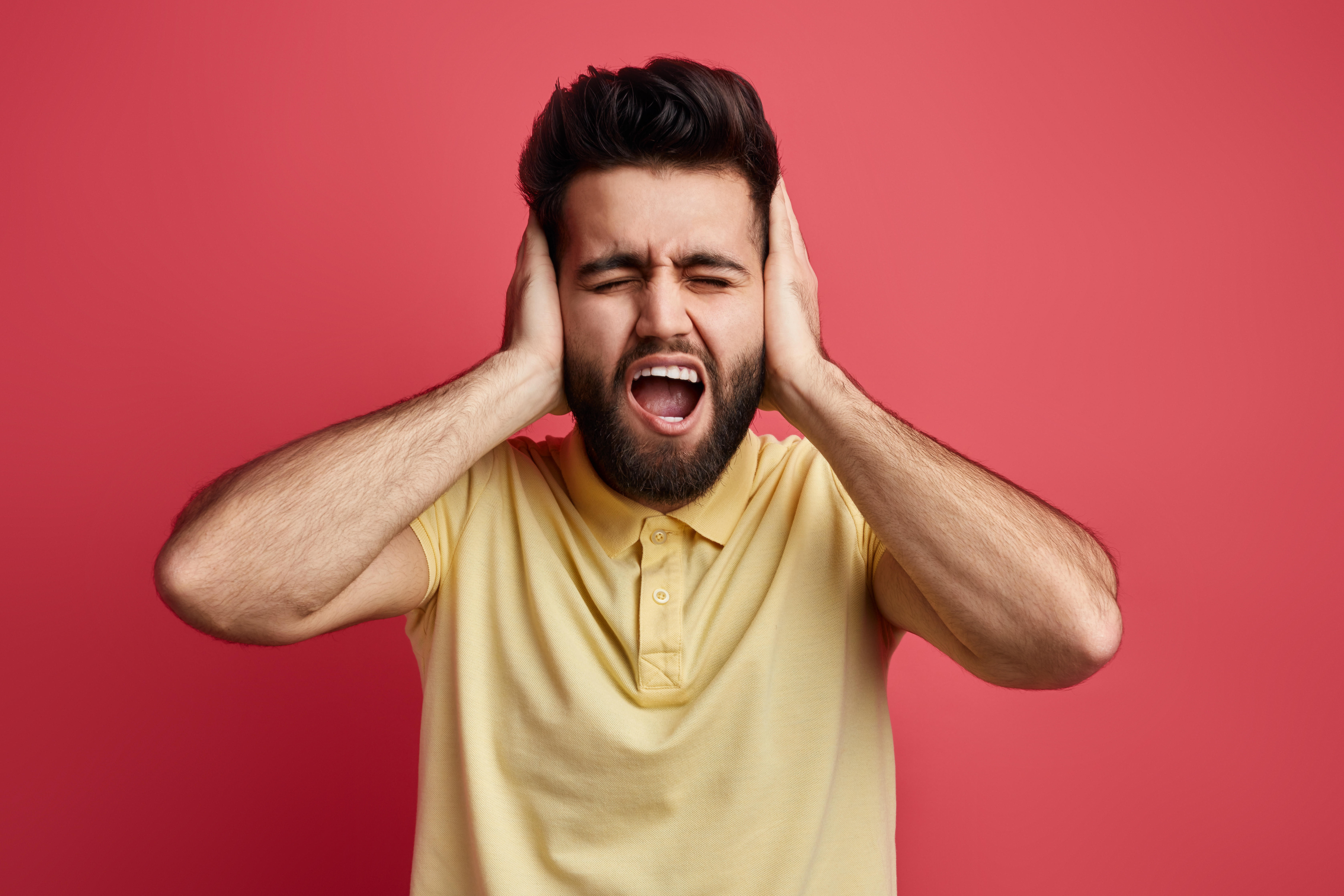 Around 1,000 cases were forwarded to councils across the country every day.

Mary Rouse, who is a a property litigation lawyer at wrighthassall.co.uk, shares her advice for dealing with noisy neighbours.

1) Stay calm. It is important to approach the situation in a reasonable manner. Explain to your neighbour the impact their noise is having on you, as they may not realise.

2) Practise what you preach. If you complain to them on a regular basis, it is important they cannot bring up any similar arguments against you in response. Keep your own household noise levels to a minimum.

3) Keep recordings. If your neighbours are not listening to your concerns, document the times they are being disruptive. It is important in case you need to complain to your local authority.

4) Consider soundproofing. Simple sound-proofing can often make a bad situation a bit more bearable. From using rugs, carpets and soft furnishings to absorb sound to installing specialist tiles in ceilings and party walls, there are lots of affordable options available.

5) Do not retaliate. Never let frustration get the better of you. Sometimes it feels as though the only way to solve the issue is to retaliate and play loud music or be disruptive in some other way. But this is only going to escalate the issue and will count against you further down the line.

6) Seek legal help. If you cannot resolve a situation yourself, make a complaint to your local authority first. If this does not work, seek legal help.

Buy of the week 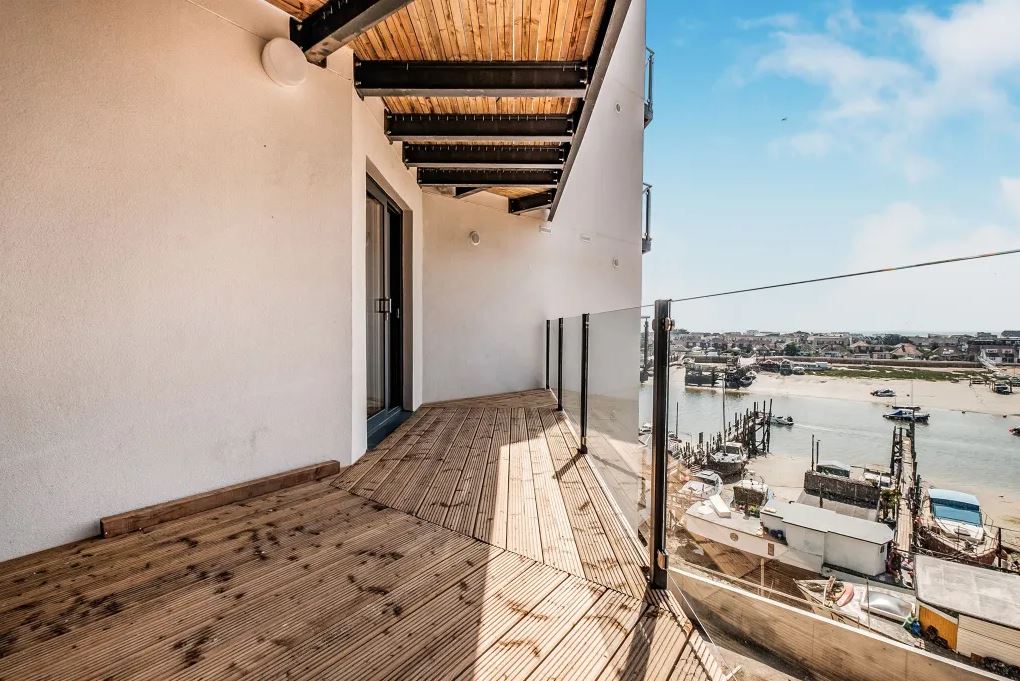 FOR style beside the seaside, head to Shoreham-on-Sea, West Sussex.

Research by property experts at Warwick Estates found 12 per cent of homes there are impressive new-builds.

HOMEOWNERS are turning to social media to beat a shortage of trades-people.

A study by trade app powerednow.com discovered five per cent of householders have found a tradesperson through Instagram, while three per cent look on TikTok.

Deal of the week 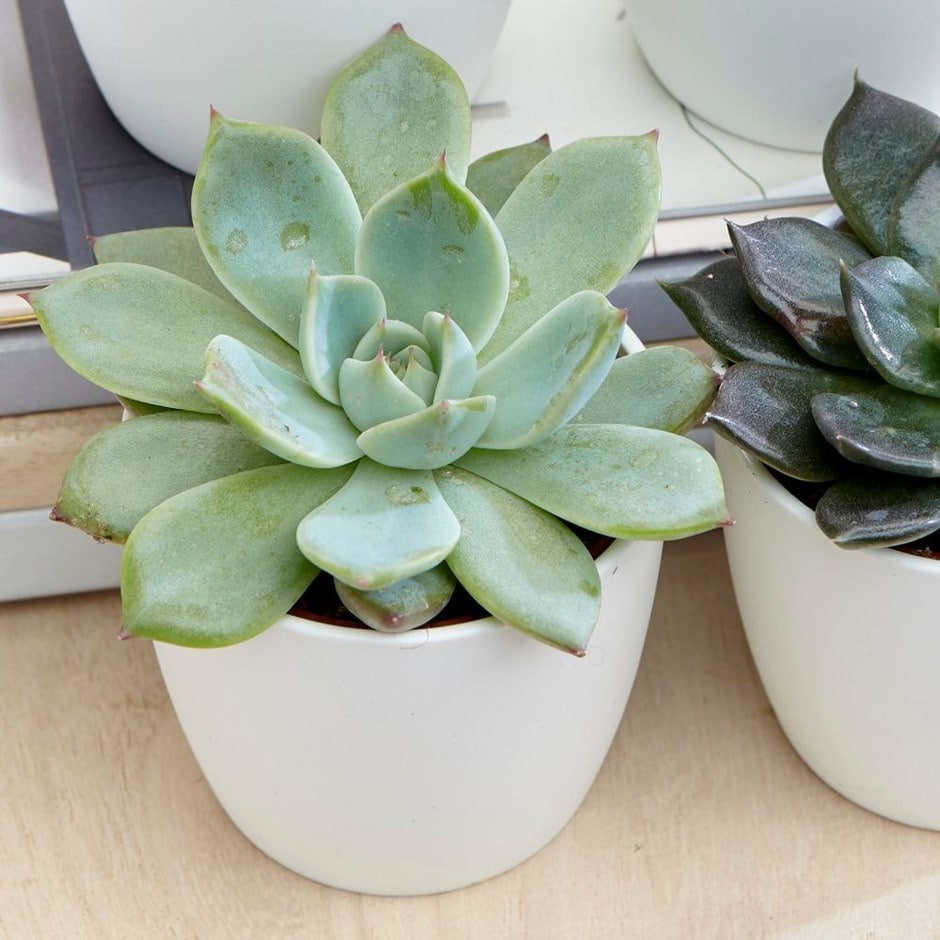 GO green and become a plant parent. This Echeveria, which is easy to care for, is currently £6.78 at waitrosegarden.com, down from £7.38.

Q) LAST October my mother died of Covid, leaving no will. I am her daughter and she had me as her next of kin.

I dealt with everything after her passing. I then found out she was not divorced from her estranged husband, only separated for the past ten years.

He is aware of her death but I think he has not come forward due to him leaving her in debt, which she’d cleared.

The bank is saying even though they were separated, he is still her next of kin and therefore it will not give me access to her account. That’s a problem because I paid for the funeral and to clear her house.

I emailed a solicitor who told me they would not take on my case, as it’s not a large amount of money. Do I have options?

A) The bank and legal advice that you have received so far is all technically right.

As your late mother remains married, her former partner is still her next of kin. So he may be lawfully entitled to whatever your mum left.

On the other hand, your mother and this man were estranged for more than a decade and it’s quite clear you not only cared for her but that it was understood between you two that you were entitled to any money she had.

I can’t think of any way round notifying your late mother’s partner.

However, I would ask this man – as reasonably as possible – to agree to sign a written agreement that he will hand over to you whatever money has been left by her.

A kindly worded letter can often be helpful, even in situations like this. If he refuses, there are legal proceedings you could bring. But these could, as you have been told, be rather complex and expensive to pursue.

Q) MY wife was made redundant in February 2020 after 30-plus years of working for the same business.

She did not receive any money in lieu of notice, or holiday pay. In fact, she only got the final week’s payment for hours worked.

The company has since been dissolved but the owners still owe my wife about 12 weeks’ notice and 4.5 days of holiday pay.

The owners have now changed the use of the premises from business to residential and plan to sell up.

How can we get them to honour their obligations and pay what my wife is owed? Since the business has closed, they seem to have found enough cash to buy themselves a new car.

A) From what you say, there is no doubt this firm owes her notice and holiday pay. The fact the business has closed makes this a little more complicated but it should not be impossible to recover the money.

Write to the ex-managing director or owner asking them to explain why they have so far failed to pay up.

If they refuse to acknowledge they owe this money or ignore your wife, get in touch with Citizens Advice, which can point you both in the direction of free legal advice.

This may be a little tricky but the company appears to have been dissolved while being aware it had debts to former staff members.

A strongly worded letter with a suitably crafted threat of court action may help but you need to get going as soon as possible.

Q) I LIVE in a council flat that has been infested three times with bed bugs. In July,ithappened again.

The council sent someone round to inspect and he said it would be treated three weeks later. But no one turned up. I have phoned ten times and nobody gets back to me.

A) Your local authority has a legal obligation to ensure your property is free of pests – in particular, any infestation that could affect your health.

As soon as the council inspected your home and accepted it was infested with bugs, they should have been removed. The assurance the council gave you (that this would be resolved within three weeks) was an unequivocal acceptance of its responsibility to sort this out.

Email the head of housing and your ward councillor at once to remind them of the promise that was made.

Make it clear that unless they resolve this, you will take legal action, which includes recovering compensation for any illness such as skin diseases.

Q)UNTIL recently I lived on my own in a small two-bedroom house. I switched my gas and electricity to Utility Point, costing me £50 a month for the first couple of months.

The company then changed my monthly direct debit to £175, saying I was using far more than it had estimated.

I carried on paying this until my daughter saw the bill and was horrified.

After many frustrating calls, it turned out that Utility Point had taken over someone else’s gas supply and I was still paying £38 a month to my previous supplier. I had overpaid Utility Point by more than £600.

This happened in March and after many more phone calls, Utility Point told me it was chasing a refund as a priority. But it wasn’t until June that I finally got £350 back.

I was told the rest would be in my account within ten days. But I am still waiting and feel as if I am stuck in a nightmare. 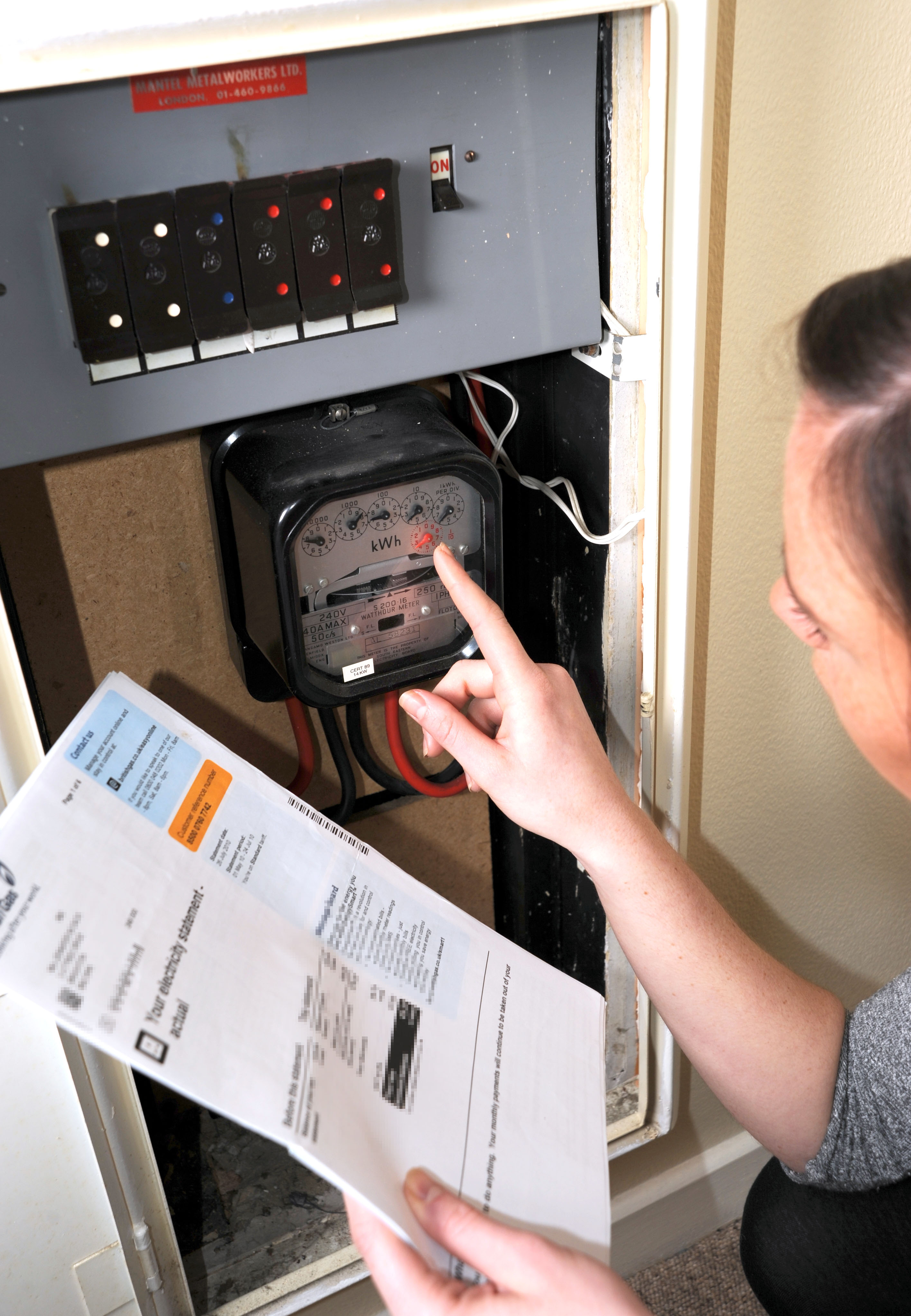 A) This nightmare began in November 2020, when Utility Point started taking the wrong amount. It could have carried on if your daughter had not spotted your horribly high bill.

I gladly stepped in to help you get the rest of your money back, disgusted this hadn’t been sorted out months earlier.

A week later, the final £250 arrived, finally bringing the nightmare to an end. Utility Point had no comment on the issue.

Q) I BOOKED a holiday for August 2020 with On The Beach, flying with easyJet. But due to Covid and having to isolate for ten days on returning, I couldn’t go.

I spent months trying to change the date to 2021 but was getting nowhere, so in the end I felt I had no choice but to pay to cancel the holiday.

A few weeks later I got an email from easyJet saying it was processing my refund. It then issued me a flight voucher for £900. The firm wouldn’t allow a cash refund and when I went to use the voucher, I was told it had already been used.

EasyJet told me to contact On The Beach but it says I’m not entitled to anything.