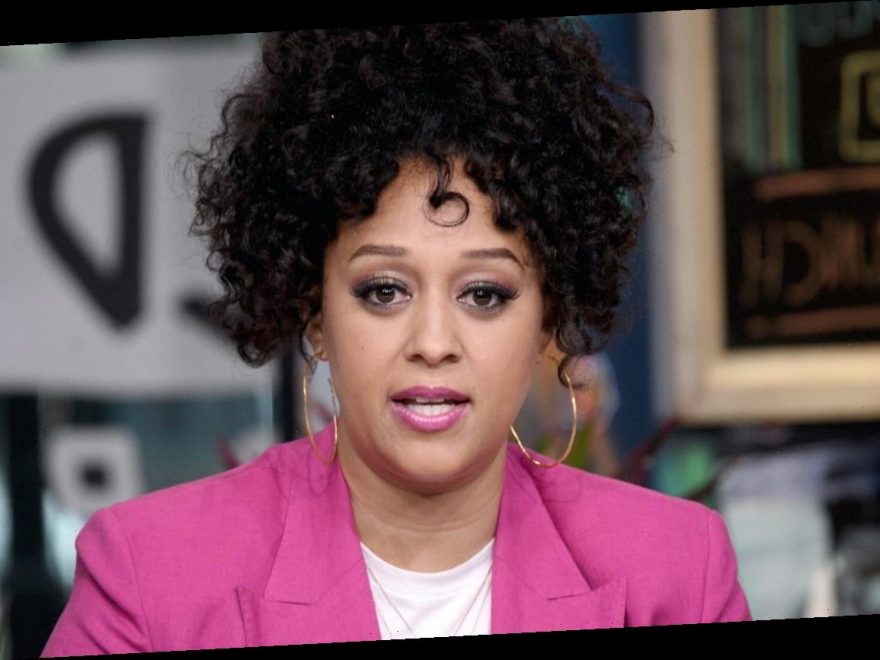 For many ’90s kids, they didn’t make sitcoms better than Sister, Sister. The hit TV show was a favorite among kids growing up in that era, and it had a nice long run on the air.

While the show introduced a rather unique premise to the airwaves, it wasn’t as effortless behind the scenes as it appeared to be. According to one of the show’s stars, there were some difficult parts about the experience.

Here’s what Tia Mowry said was the most frustrating part of working on the show.

What was the premise of ‘Sister, Sister?’

The set up for Sister, Sister was simple. Two twins sisters were separated at birth and adopted. Years later, the two found themselves and reunited as teenagers.

They end up moving in together, one with her mother (played by Jackee Harry) and one with her father (played by Tim Reid). Real-life twins Tia and Tamera Mowry played the duo on the show. The show also starred Marques Houston as the pair’s friend Roger.

Much of the show’s humor came from the fact that Harry and Reid’s character couldn’t be more different. Harry’s character was outlandish and outspoken, while Reid played the fatherly role as one that was more buttoned up.

According to IMDb, the show ran from 1994-1999. Some shows have run longer, but relative to most sitcoms, that’s a rather long stint on-air.

What have the Mowry sisters been up to since ‘Sister, Sister?’

According to Insider, both Mowry sisters appeared in several Disney Channel movies since being on the show. Tia Mowry-Hardrict is still an actor, appearing in films for the Hallmark and Lifetime Channels.

Tamera Mowry-Housley has also appeared on Hallmark and Lifetime, as well as appearing on the talk show The Real before stepping down after seven years as host.

The hardest part of working on ‘Sister, Sister’ according to Tia Mowry

Discrimination plays a huge role in Hollywood to this day unfortunately, even for entertainers with popular movies, songs, or shows.

In an interview with People, Mowry-Hardrict said one of the hardest parts of working on this show was that she didn’t feel like she and her sister had the support that other stars had due to their race:

“It was very evident to me when I would walk on sets and see how certain stars or actors would be treated who weren’t of ethnicity — better dressing room, better trailer…Now I’m like, more aware what that was, which is a budget, but back then I didn’t know what a budget was.

It was so clear how you would see one show that didn’t have a diverse cast that just had a bigger budget so everything just seemed bigger and better. But when it came to my projects and what I was doing, you actually really visually saw the less-than.”

She added that asking for a raise became difficult, despite the fact that she and her sister were the centerpieces of a popular TV show:

“I remember once the show became a hit, it’s very normal for you to ask for a raise. That’s what happens, right? People get raises…But it was always so hard for my sister and I to get what we felt like we deserved and our paycheck never equaled our counterparts’ that weren’t of diversity,” she claims, “and that was frustrating. Very, very frustrating.”

It’s sad that the twins couldn’t get the salary or respect they deserved, but by bringing this struggle to light, perhaps they’re making it easier for a new generation of Hollywood producers to give their actors what they should be owed.