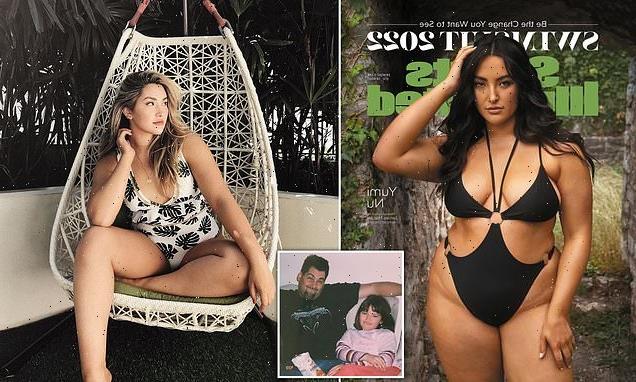 Sports Illustrated Swimsuit cover star Yumi Nu has opened up about her ‘indoctrination’ into Christianity as a teen, saying she is exploring a ‘new relationship with God’ after ‘breaking up with the church.’

The plus-size model, who is the granddaughter of Benihana founder Rocky Aoki and the niece of famed DJ Steve Aoki, detailed how gave her ‘life to Christ’ and later escaped her stringent religious beliefs in an essay published by The Cut.

‘Breaking up with the church was one of the biggest hurts in my life. The strong foundation I stood on was made out of playing cards, an illusion that quickly fell apart,’ Nu, 25, wrote. 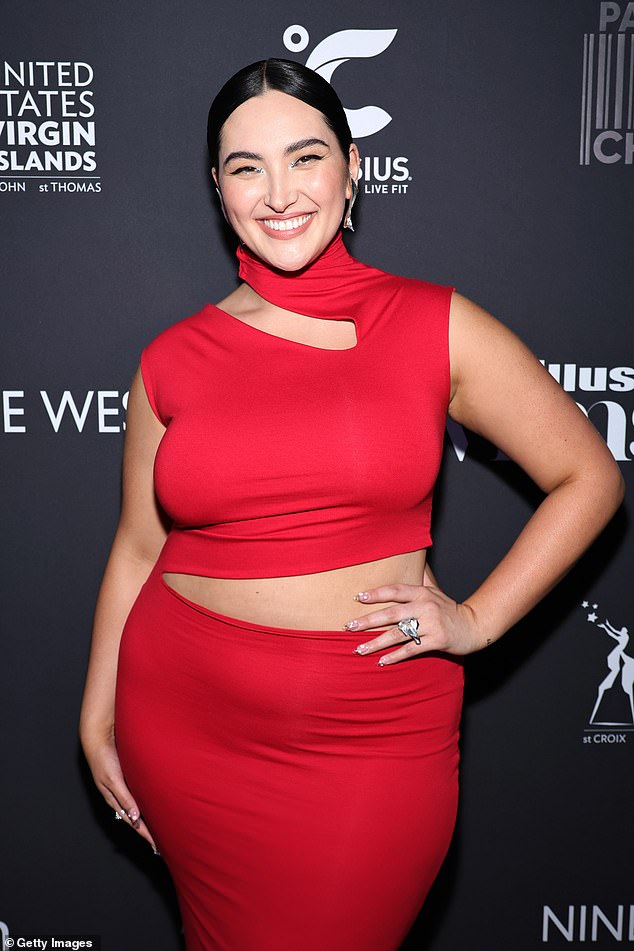 Model Yumi Nu, 25, opened up about her ‘indoctrination’ into Christianity as a teen and how she escaped her stringent religious beliefs in an essay published by The Cut 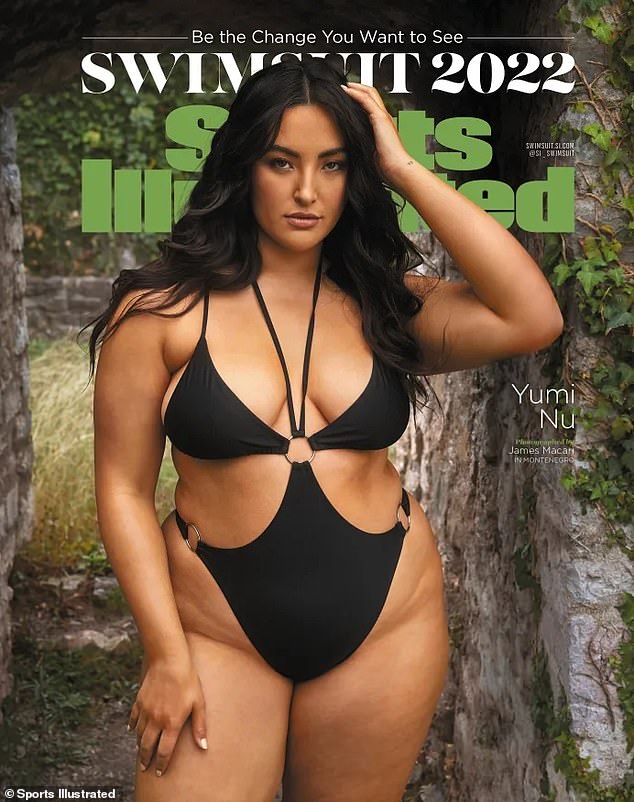 ‘In the years since, I’ve learned how to renavigate the world by myself, discovering what felt empowering for me and what didn’t. I’ve had to strengthen my inner compass to find where I want to go without the outside pressures I used to live by.’

Nu, who is of Japanese and Dutch descent, explained that she had a nonreligious upbringing and went to public school for most of her life, but that all changed when she and her family relocated from Maryland to Newport Beach, California, when she was 14.

They moved in with her Japanese Christian grandmother, who was ‘deeply involved in her local Evangelical church.’ As an impressionable teen, she saw a ‘radiance’ in people who devoted themselves to a higher power that she wanted for herself.

Nu and her sister Natalie Nottenboom, who was ten at the time, were sent to the same Christian schools their mother had attended.

Christian beliefs were a core part of the curriculum, and she recalled a homophobic debate that took place in her Bible class in 2010.

Her teacher posed a fictional adoption scenario, asking students if a baby would be better off with two gay dads who would provide a happy life, or with heterosexual parents in a Christian home, where the child would be guaranteed a bad life.

Most of her classmates chose the Christian parents, arguing that it would be better to be abused and ‘still hear about Christ.’

‘That was the last time I felt my gut truly say, There is something wrong here,’ she said of her Christian teachings. ‘Slowly but surely, I accepted my indoctrination.’

As Nu and her sister became consumed by religion, she started fearing for everyone she knew ‘who didn’t believe in Jesus,’ including her agnostic father, Brent.

She explained that her dad is a ‘big believer in science’ and would challenge their ‘newly adopted beliefs’ at every turn. 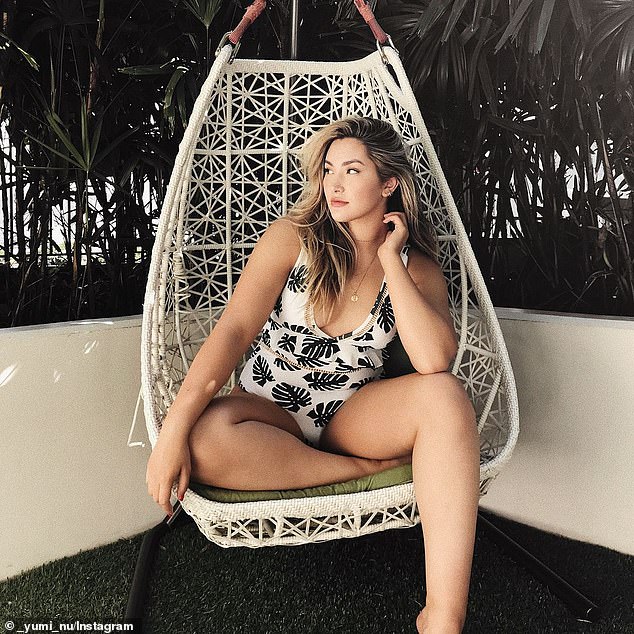 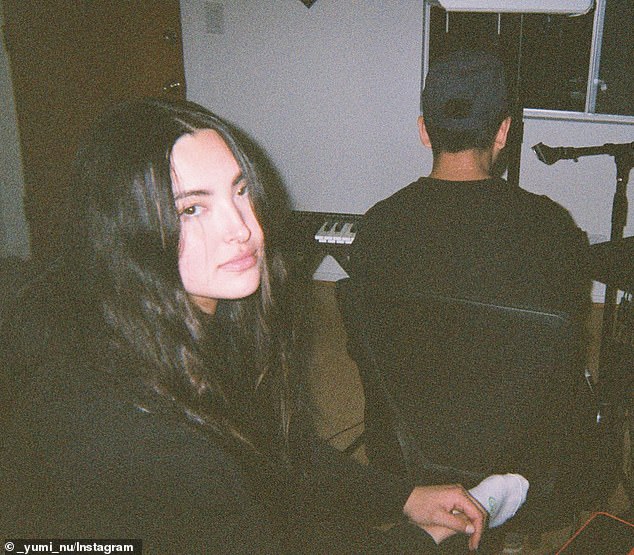 ‘I talked endlessly about how Jesus changed me and saved me from my potential damnation and how he could save them too — if they just believed,’ she said. ‘As the weeks drew on, some of my close friends from Maryland claimed they couldn’t recognize me anymore. We lost touch.’

Nu detailed how her views about sex were skewed by the numerous purity conferences and ‘women’s studies’ sessions she attended while she was going through puberty.

She was taught that any thought of sexual desire was put in her head by Satan, and it was ‘the woman’s responsibility to make sure men did not fall into sexual temptation.’

The model said the church also instilled homophobia by teaching that God’s creation of sex was only to be shared in marriage by a man and woman. Same-sex marriages were deemed ‘unholy and sinful.’

Nu shared her beliefs as a Christian YouTuber and developed a small following of about 20,000 subscribers. 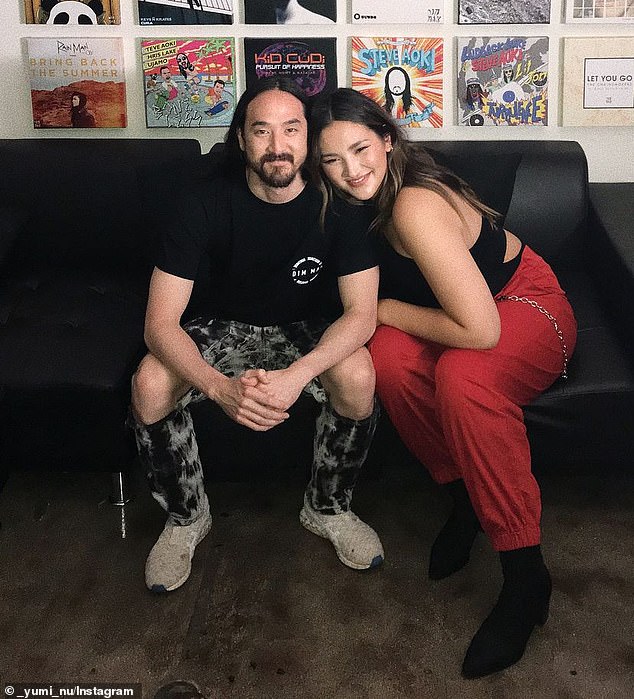 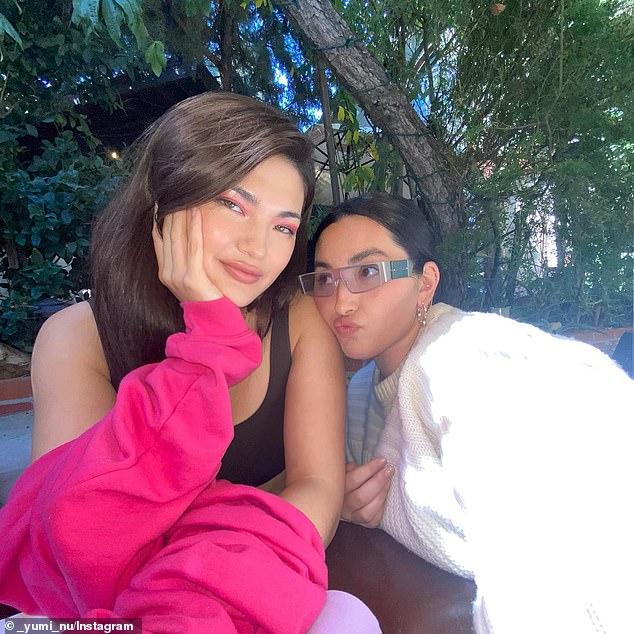 Nu (pictured with her sister Natalie Nottenboom) wrote that it is a ‘struggle to find compassion for my 14-year-old self,’ saying she is in therapy to reconcile the person she used to be

She recalled how she had gay friends come out to her despite her convictions, but she was ‘too afraid of [her] own damnation’ at the time to help their fight for acceptance.

Nu’s stifling views on what makes a ‘good Christian’ started to unravel when she spent the summer in New York City in 2017. She recalled attending a dinner party with ‘city Christians’ who drank and talked about hookups without shame.

She said she was ‘appalled’ at first, but then she noticed that when they discussed that week’s Sunday service, ‘their faces glowed with the same radiance’ she saw in members of her Christian community back in Orange County.

Through her YouTube channel, Nu went on to make friends with a Christian man named Owin who had come out as gay. At 21, she was no longer a fearful teenager, and after he shared his story, she told him he had her support.

As her beliefs began to change, she moved to Los Angeles and turned to music and songwriting. She worked with creatives whom she would have previously ‘deemed unholy or unworthy of Heaven.’ 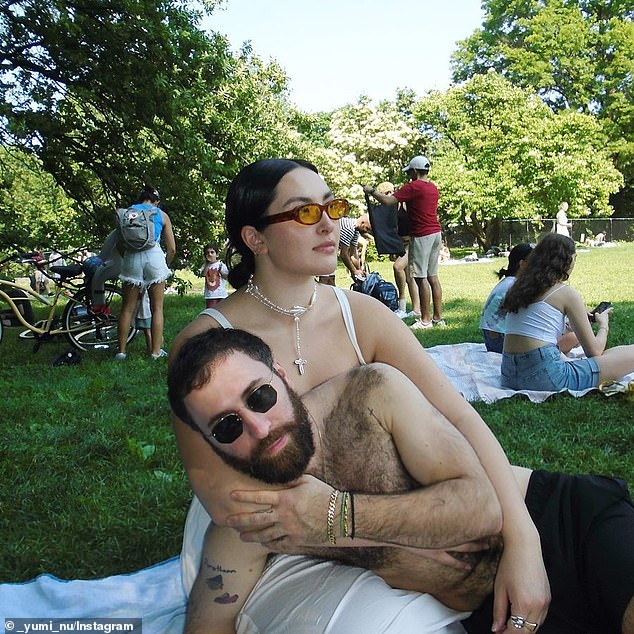 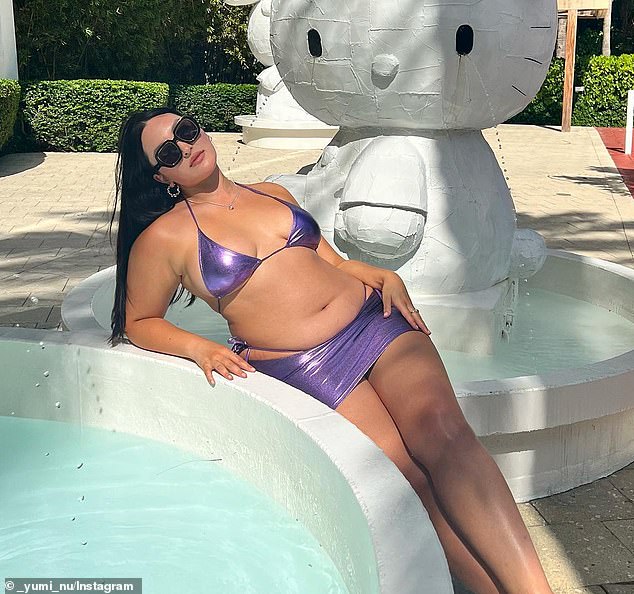 ‘I’m exploring my new relationship with God and what feels right for me this time,’ she explained the end of her essay

She made her Sports Illustrated Swimsuit debut in 2021, wearing bikinis that highlighted her famous curves. This year, she graces the cover of the iconic magazine.

The recording artist also recently released her debut EP Hajime, which features the track ‘Sin’ — her ‘breakup song to the church.’

‘Fourteen-year-old Yumi would not go near present-day Yumi with a ten-foot-pole,’ she wrote in her essay. ‘She would look at me with disappointment and shame because I walked away from God. She would pray for me, though, truly believing in her heart that I’m a lost sheep in need of finding my way home. She would believe that any happiness or healthy love I have in my life won’t last because it now stems from sin.’

Nu said she is still plagued by all the ways she ‘potentially damaged’ others with her religious beliefs, and she is in therapy as she tries to reconcile who she is today compared to who she used to be.

‘At 25, I struggle to find compassion for my 14-year-old self,’ she explained. ‘There is a tension that lives between us, like two old friends who had a bad fallout. I can’t believe I was ever close with someone like her, and I’m sure she feels the same way about me.

‘After some separation, I’m exploring my new relationship with God and what feels right for me this time around because, just like this permanent connection with my youth, I need to find where and how we go from here.’