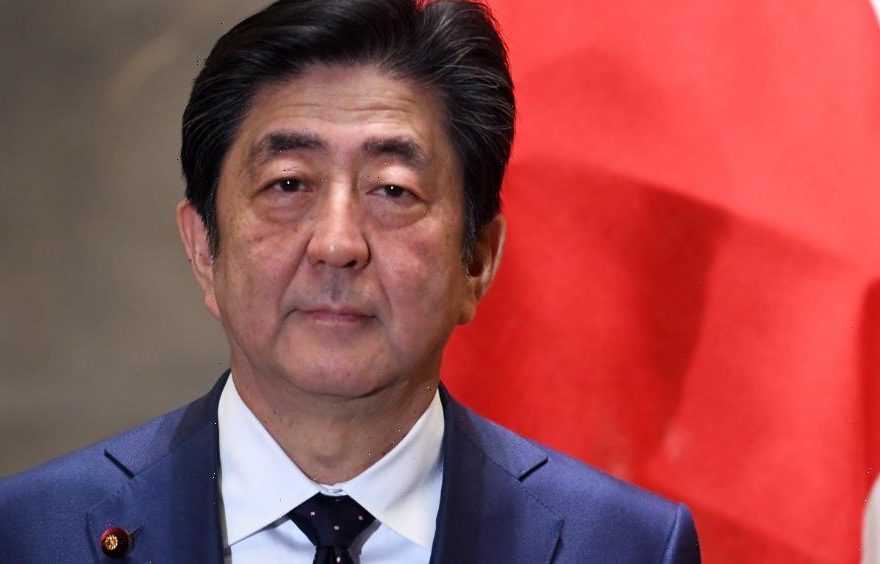 Shinzo Abe, a former prime minister of Japan, has died after succumbing to injuries from gunshot wounds sustained during a campaign speech on Friday.

His death has been reported by Japanese public broadcaster NHK and the BBC. He died at 17:03 local time.

NHK camera footage showed Abe collapsed on the street, holding his chest, with the broadcasting corporation reporting that he experienced heart failure. Abe was rushed to the hospital by helicopter following the incident and a male suspect in his 40s has been arrested at the scene on the suspicion of attempted murder. The man is reported to have been a member of the Japan Maritime Self Defense Force until 2005.

Doctors who spent four and a half hours treating Abe confirmed that there were two bullet wounds, but did not find any bullets.

The chest wound was deep enough to have penetrated very close to the heart. Local media reported that Abe lost over 100 units of blood.

At a press conference, the medical team ayt Nara Medical University reported that they were able to control the loss of blood, but were unable to restore Abe’s pulse.

The medics said that it was a frontal wound and that there was no neck wound. That contradicted earlier media reports that said Abe was hit from behind and was also hit on the right hand side of his neck.

The motivation of the arrested man for shooting Abe also remains unclear. Mid-afternoon, local media were reporting police sources that quoted the man saying he disagreed with Abe’s policies. Only hours later, they reported him as saying he had no political disagreement.

Abe stepped down as Prime Minister in 2020, citing health reasons. But he repeatedly said that he regretted not having completed his policy agenda and he remained visible on the political scene, despite being Japan’s longest serving prime minister. (He held office from 2006 to 2007 and again from 2012 to 2020.) He was in Nara campaigning on behalf of a fellow Liberal Democratic Party member ahead of the Upper House elections due to be held on Sunday.

Despite winning multiple elections, Abe has long been a deeply divisive figure in Japan, due to an ultra-nationalist stance that saw him wanting to revise the country’s pacifist constitution and change the military from its current status as a purely defensive force.

His repeated visits to Tokyo’s Yasukuni shrine, which houses the remains of several war criminals, angered neighbors Korea and China. And under Abe a territorial dispute with Russia was revived. While Abe’s politics brought him into conflict with Japan’s immediate neighbors, he struck up a lively relationship with then U.S. president Donald Trump.

In policy terms, Abe was also known for ‘Abenomics,’ a policy to reinvigorate the stagnating national economy, and for ‘Womenomics,’ a package of workplace reforms and promises to improve gender representation. In both cases, the motivation may have been a need to reverse the effects of Japan’s aging and shrinking population.

Abenomics used three policy “arrows,” monetary easing, fiscal stimulus and structural reform to juice the economy. But Abe’s critics argued that in both Abenomics and Womenomics his reforms were timid and only minimally effective. Japan’s male-domination and privilege is currently being exposed in the media and entertainment industries by the repeated surfacing of sexual violence cases, limits on women’s careers and the continuation of octogenarian men in positions of power.