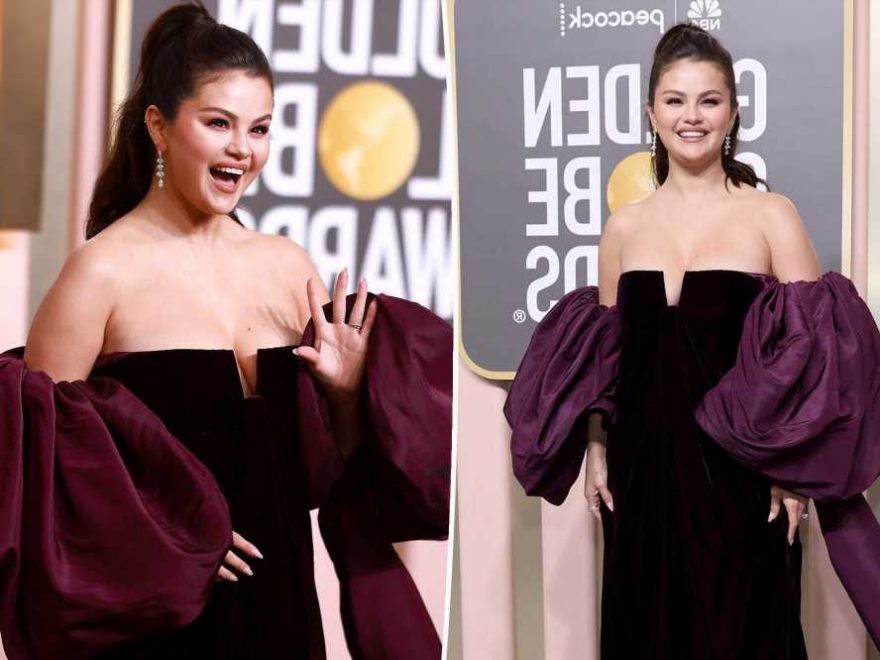 Selena Gomez is bringing the drama.

Gomez skipped a necklace, opting instead for long diamond drop earrings from De Beers and a sleek high ponytail created by Marissa Marino.

Gomez’s elegant gown appeared to be a bit sturdier than the slinky white halter gown she wore to the 2022 Emmys, which she later revealed was “riding up the entire time” and resulted in “a lot of people [seeing] something they didn’t want to see.”

It’s a big night for the “Same Old Love” singer, as she’s nominated for Best Performance by an Actress in a Television Series – Musical or Comedy. And Gomez brought along a special date for the night: her 9-year-old sister, Gracie. 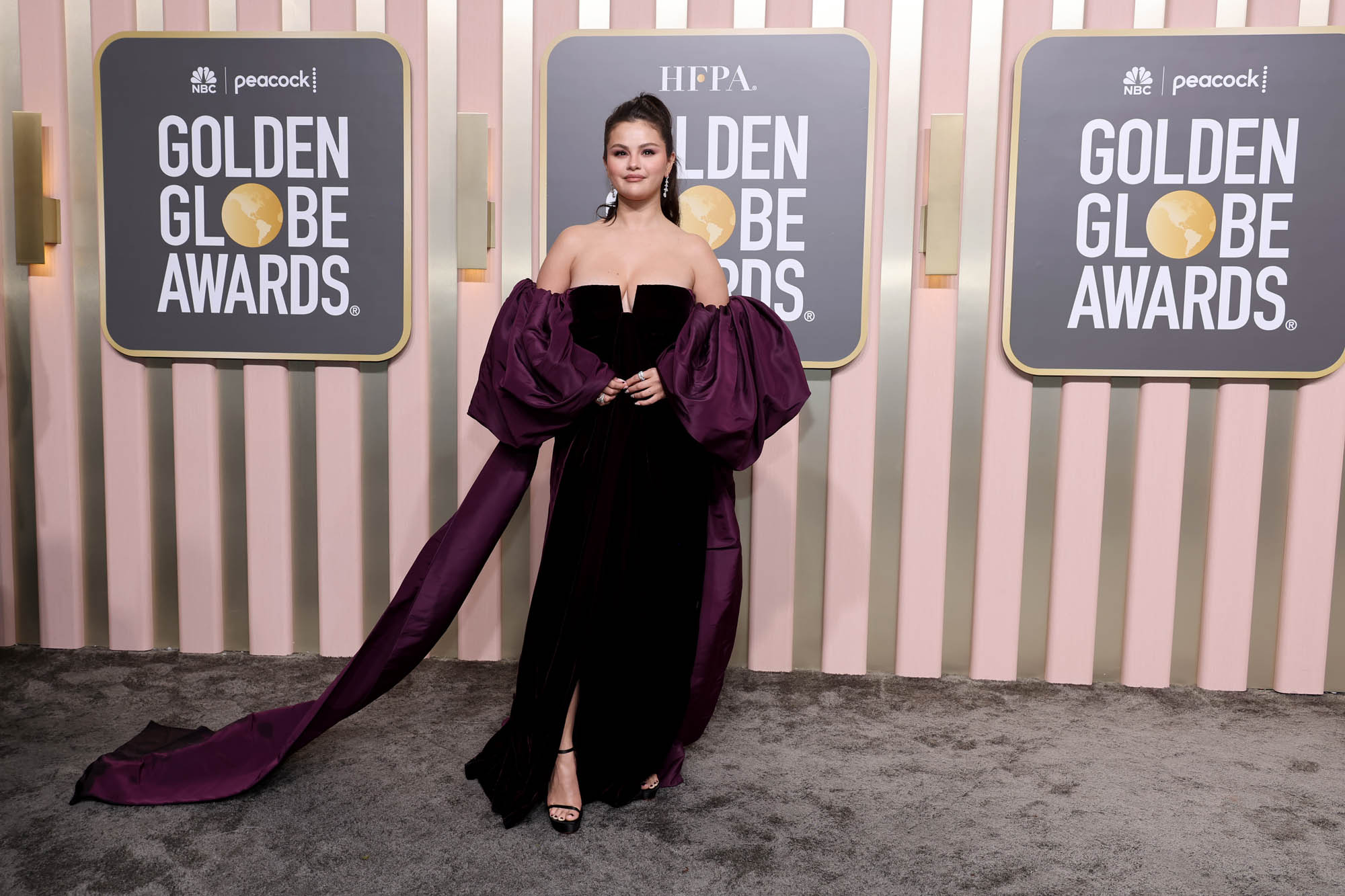 Gracie held her own in the style department, clad in a gold sequined tulle dress with glittering heels and a crystal-covered Prada purse ($3,900).

Gracie and Selena have been spending lots of time together lately, recently hanging out with Nicola Peltz for her birthday after Gomez and the “Transformers” star inked matching tattoos.

To cement their friendship, the duo had the word “angel” — which appears to be a shared nickname — added to their forearms. 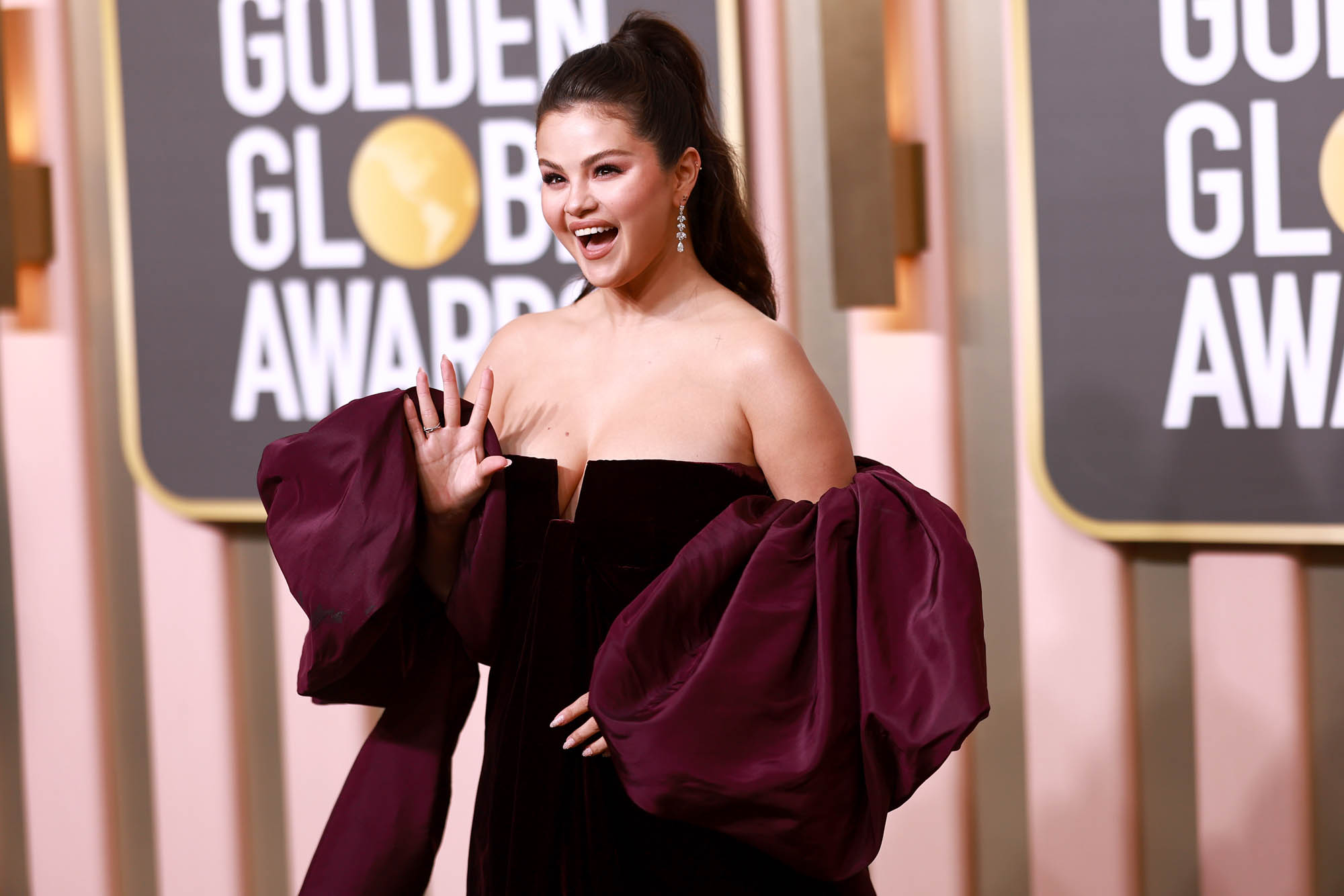 They even sported matching sequined minidresses, also by Valentino, while on vacation for New Year’s Eve with Peltz’s husband, Brooklyn Beckham, and other friends.

It’s possible Peltz helped broker the connection between Gomez and the Italian fashion brand, as she wore a custom Valentino wedding gown for her 2022 nuptials amid a reported feud with her fashion-designer mother-in-law, Victoria Beckham.

This could be the beginning of a glamorous friendship. 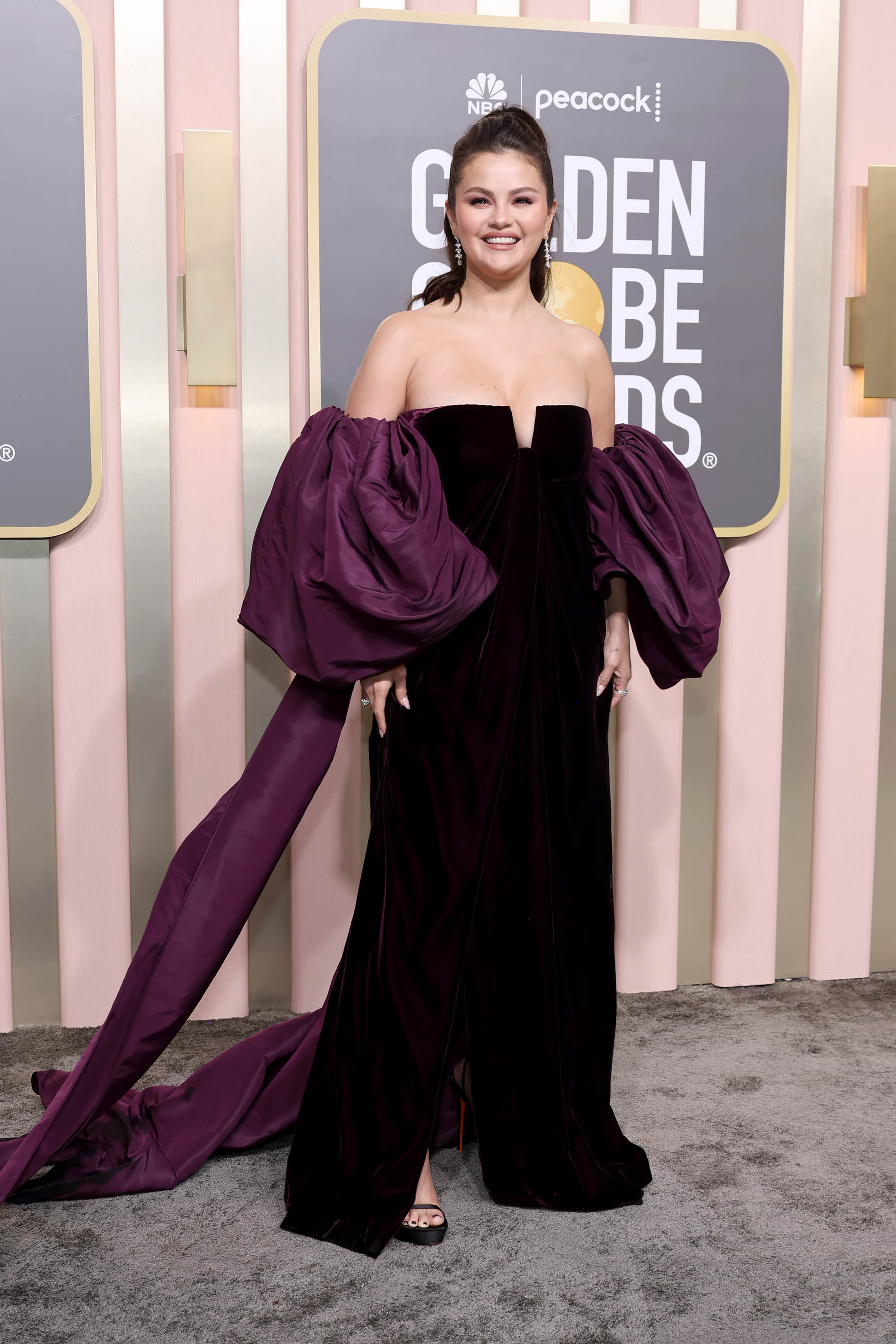