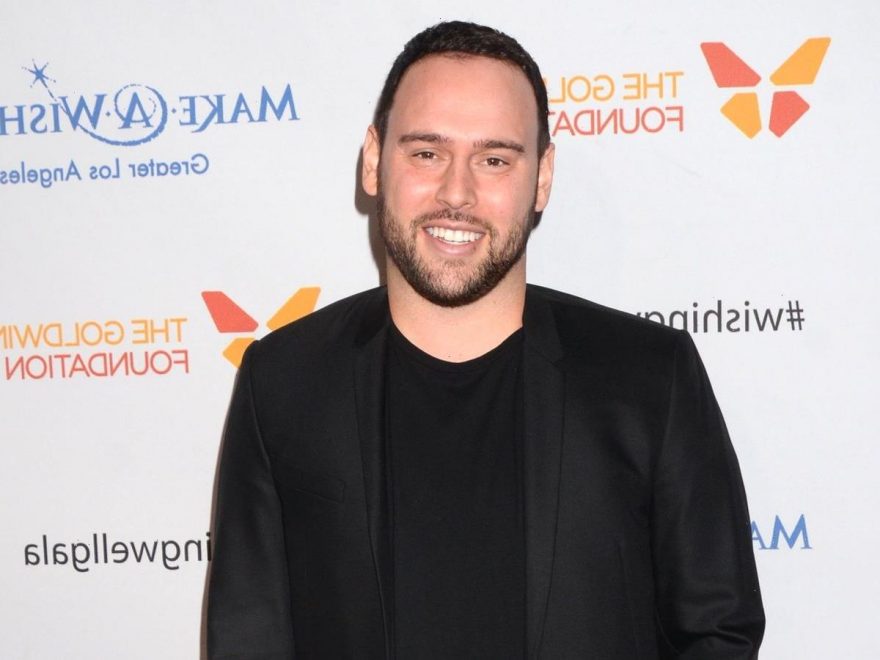 Scooter Braun is hoping to make a substantial profit after listing his Brentwood home for $28 million. The record executive has owned the home for nearly two years after buying it from John Travolta and his late wife Kelly Preston in January 2002 for $18 million. The 10-bedroom, 10-bathroom Spanish-style mansion sits on 2.36 acres and has 8,500 square feet of living space.

The Travolta family originally purchased the home in 1997 for $3.7 million, though the mansion has a much longer history. It was first built in 1949, and though it’s been updated numerous times throughout the years, it still retains much of its old characters.

Its original details include Saltillo tiled floors, hand-painted tiles, original fireplaces, and beamed ceilings. The Travolta family added four new bedrooms and a half-bathroom during the two decades in which they owned the California home.

Its other features including a movie theatre, an indoor gym, a study featuring a wet bar, a lit tennis court, an inground trampoline, a kidney-shaped pool, and a security booth for maximum privacy.

Braun is known for managing a variety of high-profile entertainers, like Demi Lovato, Justin Bieber, and of course, Ariana Grande, which likely explains his choice in realtor.

It’s unclear if Braun did any updates to the property, but the fact that he’s asking for $10 million more than he paid for in 2020 suggests some work was done to the home to add to its value. Braun is no stranger to buying and flipping homes in a short time.

Earlier this year, he sold his Montecito estate for $28 million. He only owned the home for a few years after buying it for $10 million in 2014. The estate, which was originally built in 1916, features 7,957 square feet of living space as well as 5 bedrooms and 5 bathrooms.

Braun and his then-wife Yael Cohen Braun put a lot of work into renovating the property over the years, which included a fresh paint job, a new roof, and updated lighting.

As for his next project, Braun recently dropped $65 million on a new mansion in the Brentwood area. It’s reportedly the most expensive real estate deal to take place in Brentwood, and the second largest to occur in L.A.’s Westside. The home has more than 19,000 square feet of living space as well as 6 bedrooms and 9.5 bathrooms.

So, even though Braun is selling his old Brentwood home, he’s still going to be living in luxury in the high-profile neighbourhood.