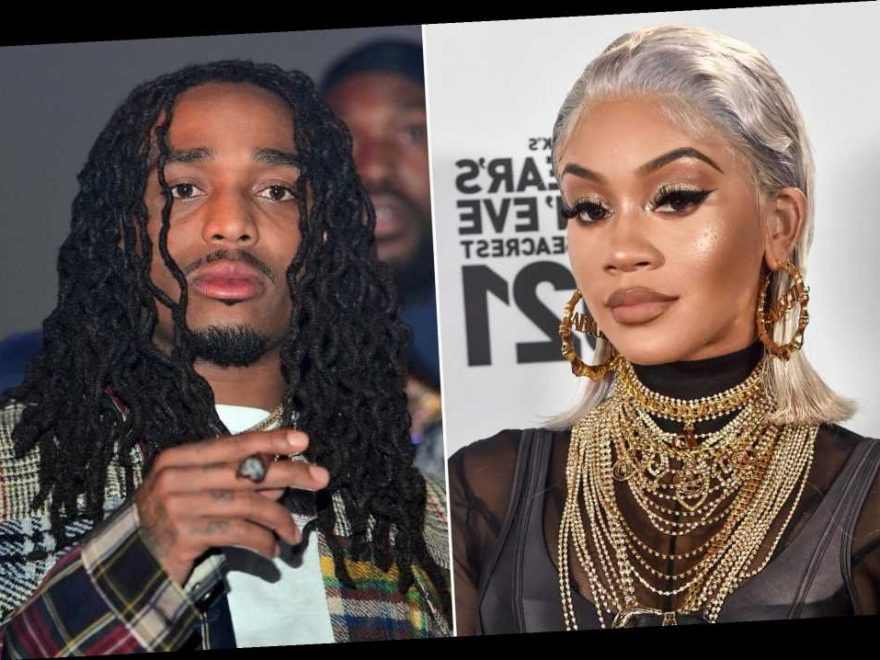 Quavo and Saweetie elevator fight reportedly being investigated by LAPD

Quavo, Saweetie got into physical altercation in elevator before breakup

Quavo to Saweetie after breakup: ‘You are not the woman I thought you were’

Saweetie confirms breakup with Quavo: ‘I’ve endured too much betrayal’

Saweetie says the elevator fight with ex-boyfriend Quavo happened a year ago and she’s since “moved past” it.

Breaking her silence on the shocking surveillance footage released this week, the “My Type” singer told Page Six Thursday, “This unfortunate incident happened a year ago, while we have reconciled since then and moved past this particular disagreement, there were simply too many other hurdles to overcome in our relationship and we have both since moved on.”

She added, “I kindly ask that everyone respect my privacy during this time.”

In footage obtained by TMZ on Tuesday, Saweetie, 27, was seen taking a swing at the Migos rapper.

The video then shows Quavo, 29, dropping an orange “Call of Duty” case, the pair seemed to scuffle a bit, which prompted Saweetie to get knocked down to the floor of the elevator. It was unclear if she was injured during the tussle.

LAPD reportedly opened an investigation and it could potentially hand over the case to the City Attorney for possible criminal charges.

The couple quietly began dating in 2018, with Saweetie confirming their relationship on daytime talk show “The Real.”

The elevator incident took place in 2020, but the “Tap In” rapper didn’t confirm they split until earlier this month, when she implied publicly that Quavo had cheated on her.

The “Go Off” rapper then turned around and claimed that Saweetie wasn’t the person he thought she was but didn’t deny the cheating allegations.

Page Six has reached out to Quavo’s rep for a comment on Saweetie’s statement.