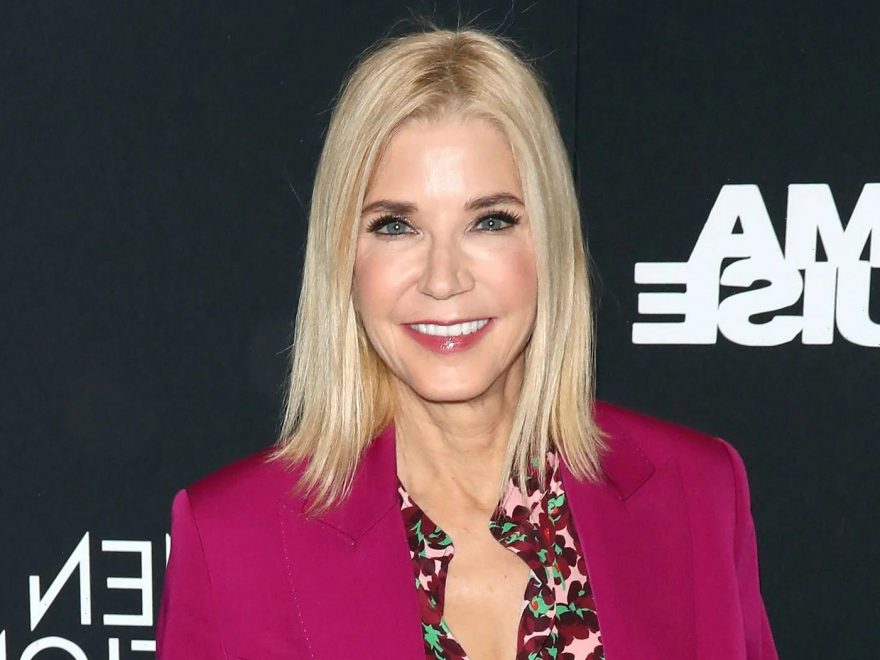 Not holding back! Sex and the City author Candace Bushnell weighed in on the upcoming HBO Max revival, And Just Like That, and hinted that the streaming giants may not have the purest intentions.

The follow-up to HBO’s original Sex and the City series, which was based on Bushnell’s books, is set to premiere later this year. While fans are eagerly awaiting the return of Carrie (Sarah Jessica Parker), Charlotte (Kristin Davis) and Miranda (Cynthia Nixon), the 62-year-old novelist has mixed feelings about bringing back the beloved characters.

“HBO’s going to make money on it. They’re going to exploit it as much as they can,” Bushnell told The New York Post in an interview published on Saturday, October 16. “They rebooted Gossip Girl. If they didn’t reboot Sex and the City, it would be really strange.” 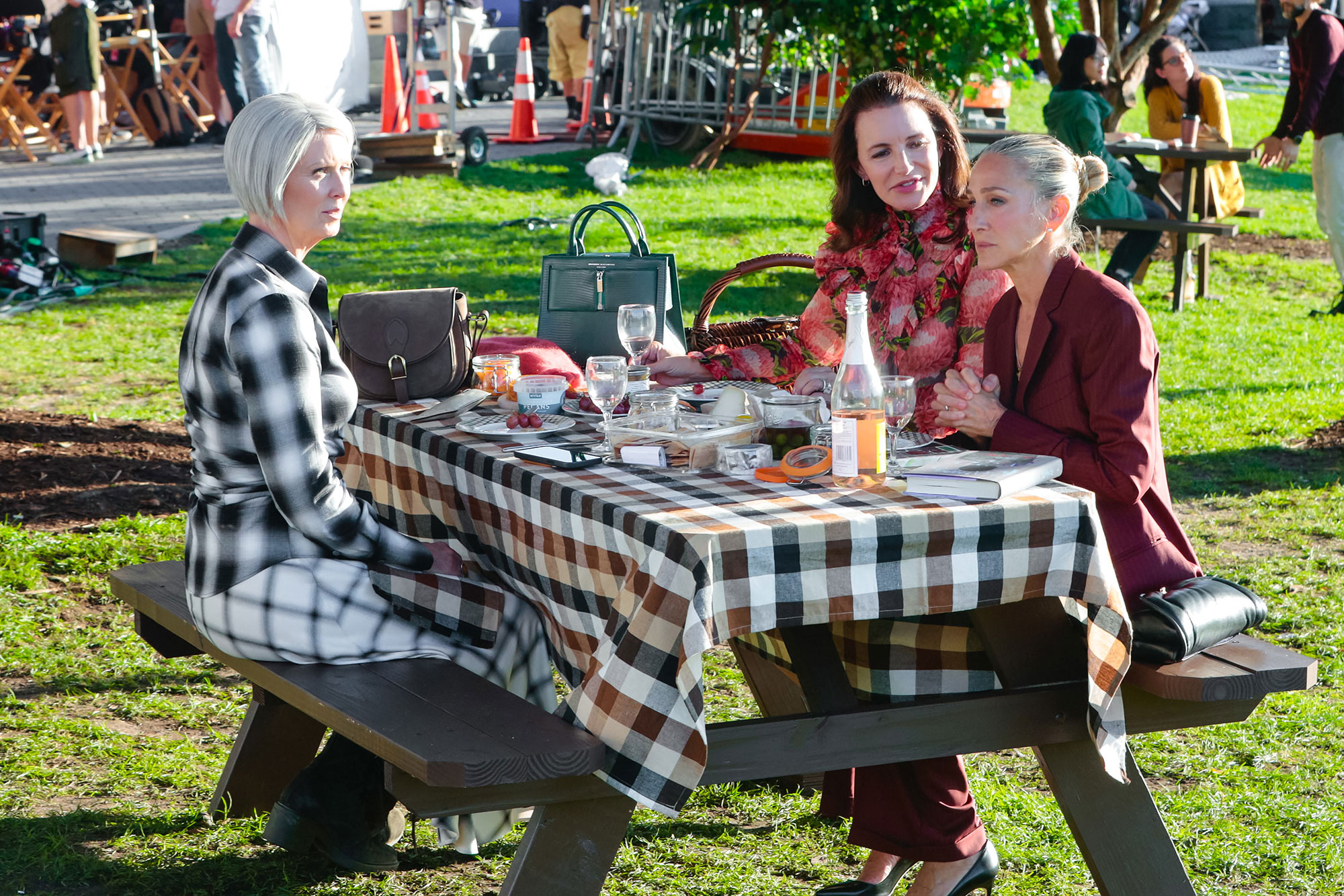 The Connecticut native added, “I don’t know anything about what the new show’s going to be about. … [But] of course I’m going to watch it. I hope it runs for six seasons.”

‘Sex and the City’ Men: Where Are They Now?

The One Fifth Avenue writer said she’ll “get paid a little bit of money” from the highly anticipated series. More than two decades after the original show debuted, Bushnell is able to view the adaptation with a critical eye.

“I don’t look at the TV show the way other people look at it,” she told the outlet. “I don’t parse every little bit. It’s a great show, it’s really funny. But there are fans who … it’s like, that show really guides them.”

Bushnell’s books — and subsequently, the original HBO series — were inspired by her own work as a New York-based columnist. However, the Lipstick Jungle author has attempted to put some distance between herself and the fictional Carrie.

“The reality is, finding a guy is maybe not your best economic choice in the long term. Men can be very dangerous to women in a lot of different ways. We never talk about this, but that’s something that women need to think about: You can do a lot less … when you have to rely on a man,” Bushnell noted. “The TV show and the message were not very feminist at the end. But that’s TV. That’s entertainment. That’s why people should not base their lives on a TV show.”

While SATC might be her most widely recognized work, Bushnell is equally proud of what she’s accomplished after the show took off. “I don’t think about the show that much,” she said. “I’ve written, I don’t know, seven books since then. Each one has been about women at a different time in their lives, so that’s what I’m really interested in.” 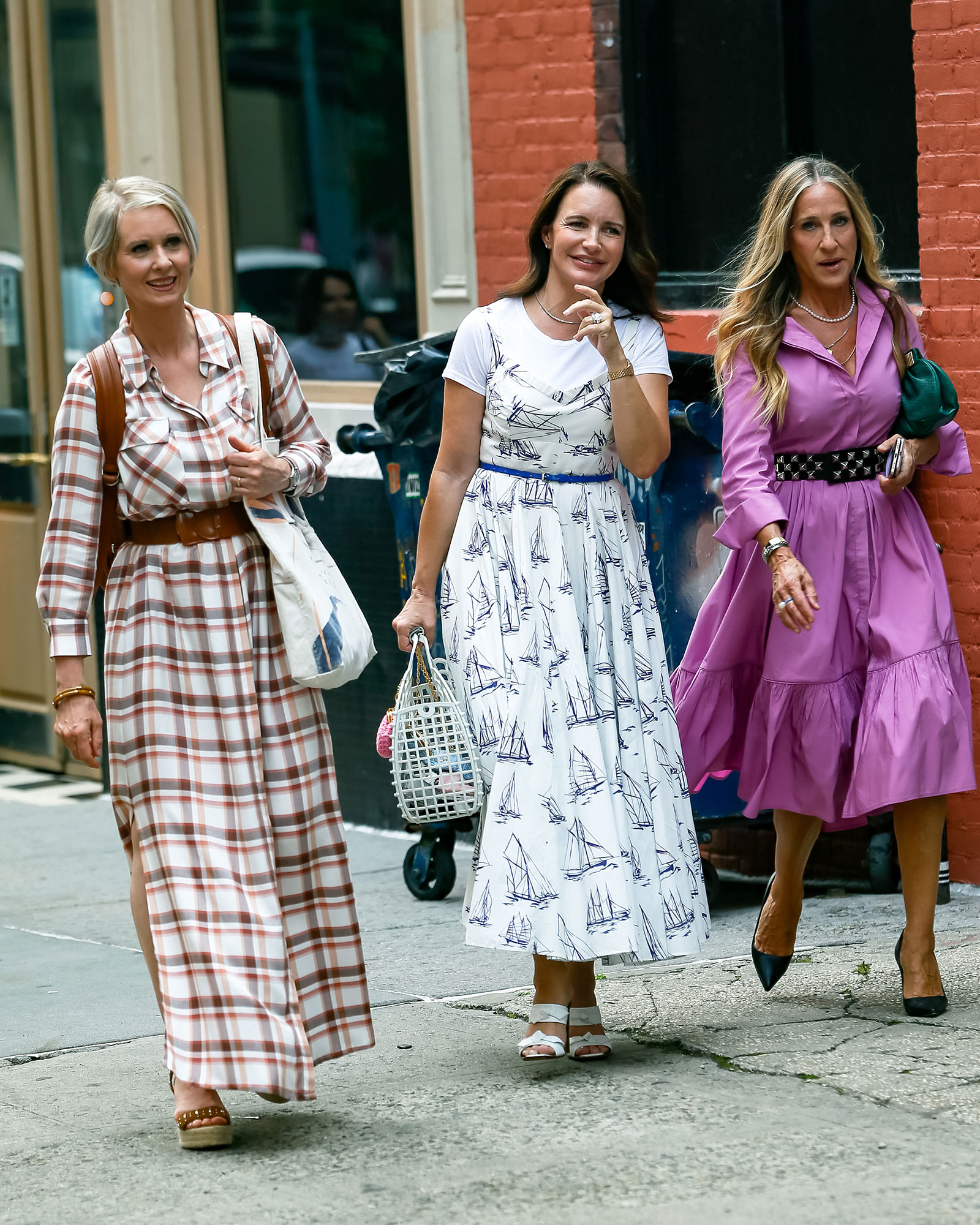 The revival was confirmed in January after years of speculation about the next chapter in the SATC story. At the time, HBO Max announced that And Just Like That will follow Carrie, Miranda and Charlotte as they navigate their complex friendships in their 50s. While OG cast member Kim Cattrall won’t be returning, the series has enlisted newbies Sara Ramirez and Nicole Ari Parker.

Before the project was officially in the works, the Divorce alum, 56, admitted that things would have to be very different in order to make SATC work in the modern world.

‘Sex And the City’ Revival Films in NYC: See Photos From the Set

“You couldn’t make it today because of the lack of diversity on screen. I personally think it would feel bizarre,” she told The Hollywood Reporter in 2018. “You’d have to acknowledge the city is not hospitable to those same ideas. You’d look like you were generationally removed from reality, but it would be certainly interesting to see four diverse women experiencing NYC their way.”

Along with Nixon, 55, Davis, 56, and the Hocus Pocus star, Chris Noth, David Eigenberg and the late Willie Garson are reprising their roles as Mr. Big, Steve Brady and Stanford Blatch, respectively.

And Just Like That premieres on HBO Max in December.