Sarah Ferguson is the former-wife of Prince Andrew, the second-youngest son of Queen Elizabeth II.

The flame-haired Duchess of York is well known for her effervescent personality and kooky style choices.

Her close relationship with her ex husband is also a source of interest for many.

It has been reported that Sarah Ferguson and Prince Andrew still live together at the Royal Lodge in Windsor.

Sarah has been vocal in her praise for her ex husband on many occasions.

Since spotting Fergie and Prince Andrew at Lady Gabriella Windsor’s wedding together, Twitter users chimed in to discuss the pair.

One said: “It was such a beautiful day, beautiful bride and many surprise guests from the Royal Family. I’m so happy for Sarah Ferguson that she’s back in firm.”

Another seemed to believe it was only a matter of time before the pair reunite.

They wrote: “My money is on Andrew and Fergie announcing their engagement within a year of Philip passing. Or at least that’s what I’m desperately hoping for.” 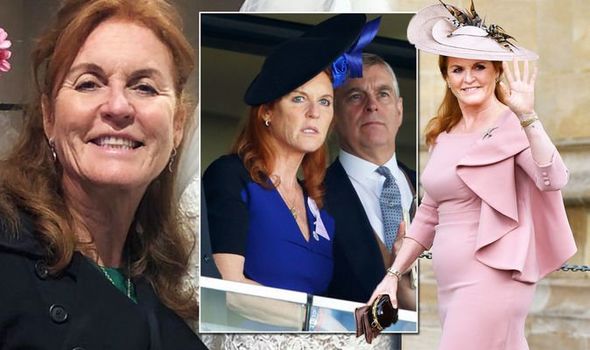 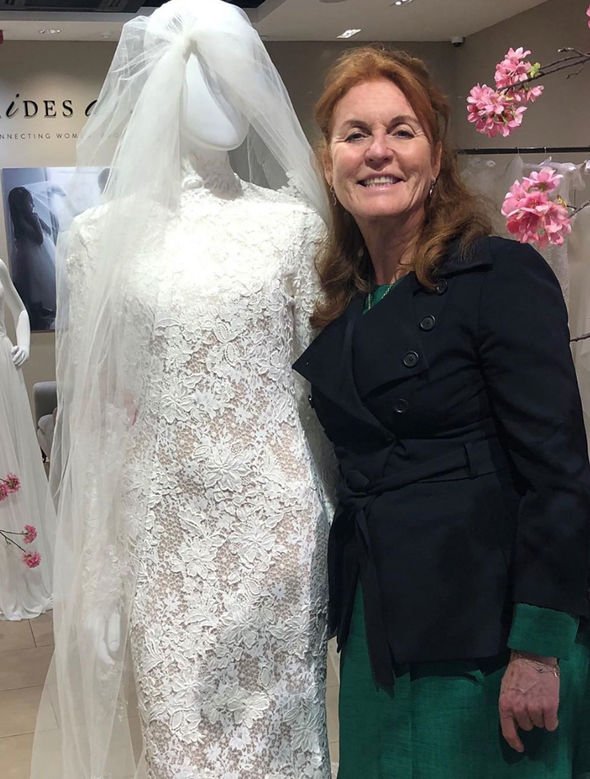 “Fergie and Andrew are together, the end,” another wrote, while one Twitter user said, “Obvious Andrew & Fergie are back together.”

Another commented on the fact that Sarah Ferguson and Prince Philip seemed content at the event together, and said: “You do realize there’s a photo in there with Philip and Fergie in the same shot?! That’s the historic part of today.” (sic)

It has been claimed in the past that relations between Sarah and her former father-in-law had been frosty in the past.

Sarah did little to put out the flames of speculation as she posted an Instagram picture with a white dressing dress the morning of the wedding.

Sarah revealed she was at a pop-up bridal boutique in Bicester Village. 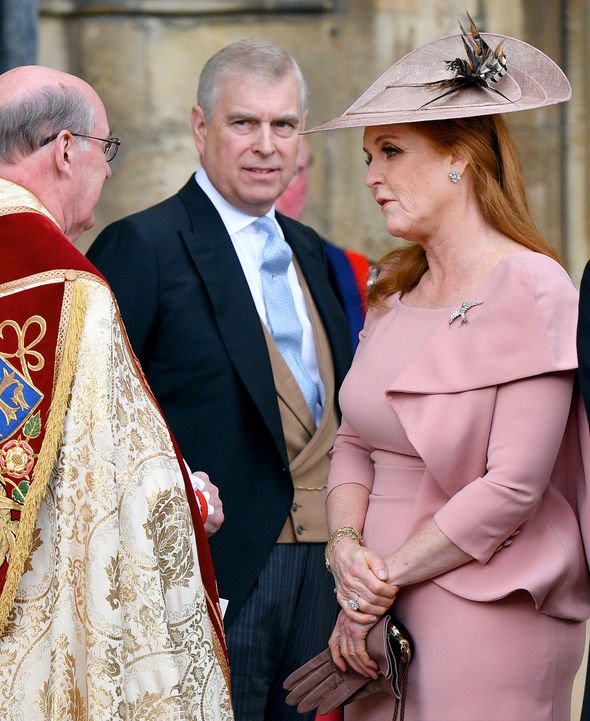 One wrote under the image: “Andrew will love seeing you walk towards him again in that dress.”

“Wishing you and the Duke of York will remarry soon, you’re such a great couple to watch, still very close after being divorce for decades,” another said.

“You and Andrew today together forever. just adorable,” one Twitter fan wrote.

However, the couple have never indicated that they are in anyway back together.

In the past a a spokesman for the Duchess of York said in a statement: “The Duke and Duchess remain good friends as they have been for many years, and nothing has changed.”

Sarah Ferguson: Five facts about the Duchess of York

Sarah is the second daughter of Major Ronald Ferguson and Susan Mary Wright.

Her parents divorced in 1974, with her mother going on to marry polo player Héctor Barrantes in 1975 and moving to Argentina. Sarah stayed in the UK with her father, who remarried in 1976 and went on to have three more children.

She wore an ivory-silk wedding gown designed by Lindka Cierarch which had a 17 foot train and 20 foot veil. As is tradition, Sarah wore a diamond tiara, and her wedding band was crafted from Welsh gold.

The couple spent their honeymoon abroad the real yacht Britannia off the coast of the Azores Islands.

However the couple remain on good terms, even living together in the Royal Lodge from 2008 until Sarah moved to a ski chalet in Switzerland they bought together in 2015.

Sarah has written children’s books for many years, her first being a series about Budgie The Helicopter in the early 90s.

She has also been the US spokeswoman for WeightWatchers after famously battling her weight over the years.

On top of commercial endeavours, the Duchess devotes plenty of time to charity, including Children in Crisis, which she founded in 1993.

She has over 200,000 followers across the platforms, and shares many insights in to her life.

Most of the Royal Family are not on social media, but are represented by Kensington Palace, Buckingham Palace, or Clarence House.

Sarah’s daughters, Beatrice and Eugenie, are the exception, with both joining their mother on social media.