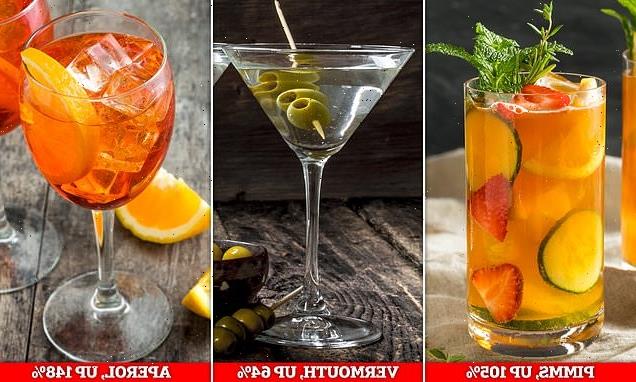 A new kind of after work drinks! Sales of Aperol and Pimms are up by 148% at Waitrose as people sip on weeknight cocktails while working from home

Sales of spirits have surged as lockdown has turned the country into a nation of amateur mixologists.

Waitrose has seen a huge increase in sales of aperitifs such as Vermouth as people working from home used their previous commute time to wind down with a tipple before dinner.

Sales of trendy Italian spirit Aperol, made by Italian group Campari, have shot up 148 per cent compared to the same month last year, while Pimms have also increased in sales by more than 100 per cent. 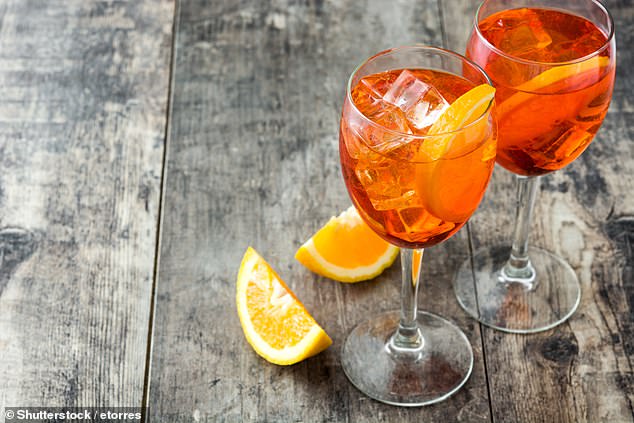 Sales of trendy Italian spirit Aperol, made by Italian group Campari, have shot up 148 per cent compared to the same month last year

The surge in sales of the bitter spirit will be in part due to the popularity of Aperol Spritz – a popular summer cocktail made with Aperol, prosecco and soda water.

Thanks to it’s refreshing taste and bright orange flavour, the photographic drink has become an Instagram sensation, with more than 1.7M posting pictures using  #aperolspritz.

Pubs are bars across the country have also launched ‘Club Aperol terraces’ while Eataly, a new giant Italian food market in Londo, has its own dedicated spritz bar, boasting a cocktail menu in collaboration with Aperol.

Interest in Aperol peaked in June 2021, according to Google Trends data, with searches for the spirit increasing every year since 2004 with most searches during the summer. 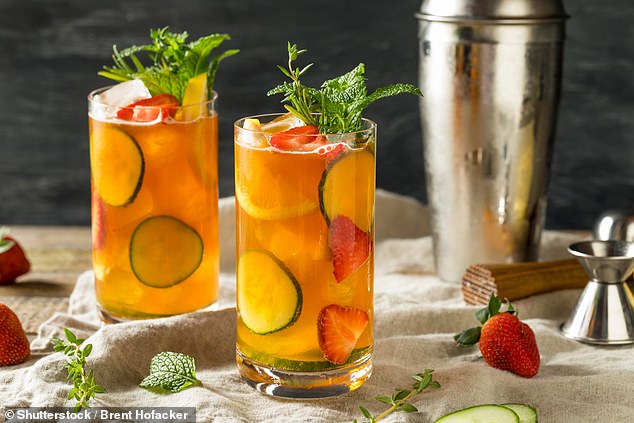 Sales of Pimm’s The Original No. 1 Cup is are also up 105 per cent as people make the summer staple at home

From trendy bright orange Aperol to old time classic Vermouth – how much have sales of spirits increased at Waitrose?

Sales of Pimm’s The Original No. 1 Cup is are also up 105 per cent as people make the summer staple at home while sales of Pampelle Grapefruit Aperitif are up 4850 per cent compared to last year.

Vermouth is sales are also up – with Noilly Prat Dry seeing sales increase by 64 per cent while Martini Extra Dry is up by 35 per cent.

John Vine, Spirit Buyer at Waitrose told FEMAIL: ‘With many of us now spending our summer break closer to home, we’re seeing strong demand for “summer type serves” which are quick and easy to do.

‘Our customers are looking for ways to end their working day while they’re still working from home and mixing up some delicious sundowners before dinner has driven sales of aperitifs in recent weeks.

Waitrose have also seen people whipping up Espresso Martinis for a caffeine kick with recipe searches up 148 per cent  and sales of Kahlúa Coffee Liqueur up 51 per cent.

Earlier this year Waitrose revealed nostalgic 1970s dishes are set to make a comeback with sales of dinner party staples from the era including prawn cocktail, beef stroganoff and baked Alaska soaring in popularity as lockdown restrictions ease. 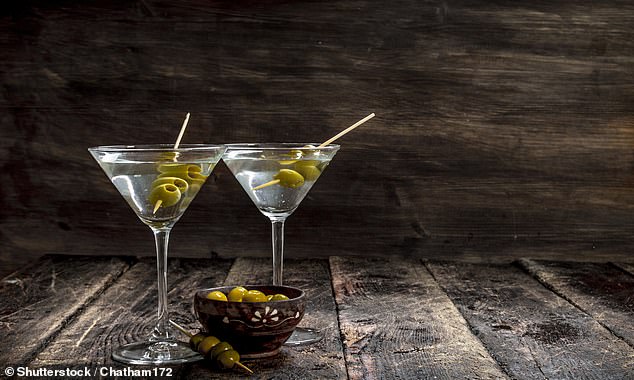 Recipe searches for prawn cocktail have risen by more than a third, while there was a 300 per cent boom in those searching for how to make a stroganoff.

Other classic recipes in demand include beef wellington and coronation chicken.

And the trend extends to those looking to whip up a dessert, with Waitrose seeing  a 200 per cent increase in searches for Baked Alaska, as well as spotting surges in searches for Black Forest Gateau, Arctic rolls and chocolate roulade.