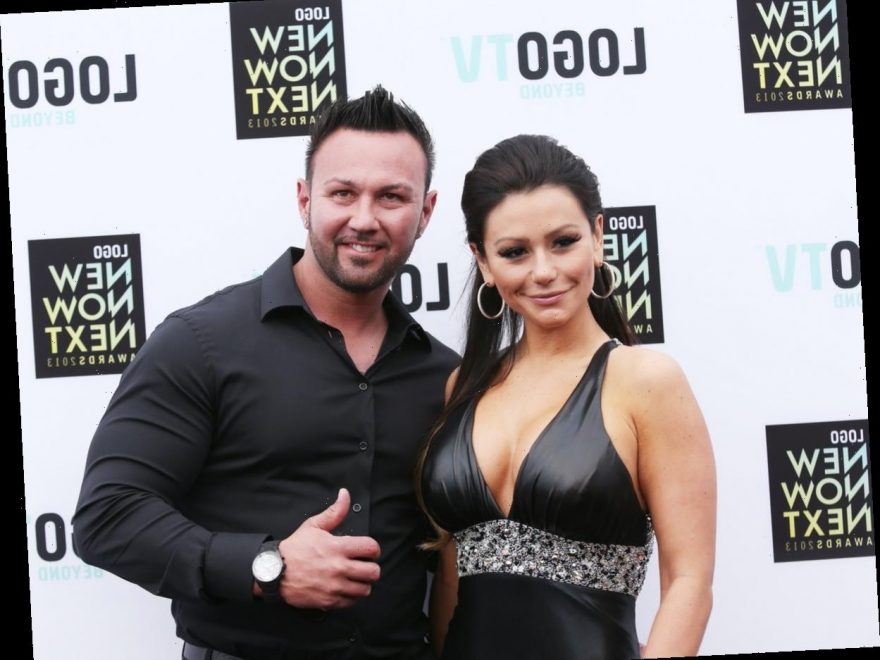 Watching your ex move on to someone new is rarely easy — especially if you were with that person for nearly a decade. However, Jersey Shore fans will be relieved to know that Roger Mathews’ reaction to Jenni "JWoww" Farley’s engagement is totally supportive. One day after Farley announced her engagement to Zack Carpinello on Instagram, Mathews shared his thoughts on the news during the March 11 episode of his Champ and the Tramp podcast. "I’m happy for her. I’m happy for them," he said. "I don’t know Zack well, but what I do know of him… he’s good to my children. Jenni seems very happy. They seem very happy together." You love to see it.

Mathews and Farley first met back in summer 2009 while Farley was filming Season 1 of Jersey Shore, though at the time, Farley was dating someone else. By the following summer, Mathews and Farley were an item, and after two years of dating, Mathews popped the question in September 2012. During their time together, they welcomed two children, and since everything seemed to be going well between the pair, fans were pretty shook when Farley filed for divorce in September 2018 after a little more than three years of marriage.

https://www.instagram.com/p/CMNq0lCl6jS” data-shortcode=”CMNq0lCl6jS” data-instgrm-captioned>Things got messy after that. In January 2019, Farley accused Mathews of abuse, which he denied at the time. But since finalizing their divorce in August 2019, it seems like the exes have managed to become amicable co-parents to their two kids. During his March 11 podcast episode, Mathews said he feels no "resentment" towards his ex or her new fiancé. "Our time together is over, with the exception of being parents to two wonderful kids," he said, noting that they were "obviously always going to be connected for [their] kids."

Farley began dating Carpinello soon after finalizing her divorce from Mathews, and though Mathews admitted he and the wrestler aren’t particularly close, he said he has "no reason to have any beef" with his ex-wife’s new guy. Here’s hoping Mathews and Farley are able to stay on good terms for the sake of their children.