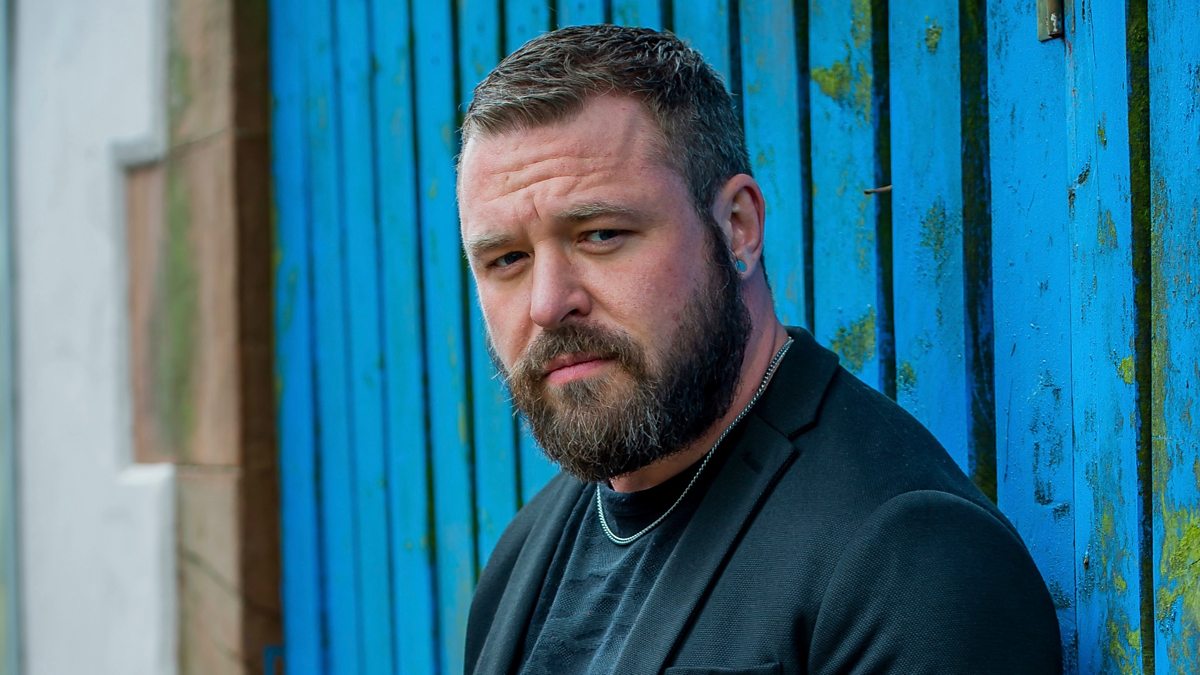 River City and Holby City star David Paisley has been speaking to Attitude Magazine about his work as an ally to the trans community and has slammed the people who complain about same sex kisses on screen.

David, who plays Rory Murdoch in River City, portrayed the character of midwife Ben Saunders in Holby City back in early 2000s.

During his time on the medical drama, he featured in an episode that crossed over with it’s sister show Casualty. David’s character Ben shared a same-sex kiss with a character during the episode which sparked complaints.

Nearly twenty years on from that scene, David has been speaking about the response received from that episode, and how he feels not much has changed when it comes to people seeing same-sex intimacy on screen.

‘[The kiss] was quite long and passionate, and there was hundreds and hundreds of complaints’, he told Attitude Magazine.

‘I think what’s shocking about that is even now when you have a gay kiss or any kind of same-sex intimacy on screen…you still get complaints now and I’m amazed at how little progress has been made.’

David also spoke about the more positive response he received from the scene:

‘Even now I still get really kind messages from people saying that kiss in Casualty was the first time they realised they were gay.

I think, in terms of the things I’m proud of in my career, just being able to be visible and for people to recognise something of themselves in the characters I’ve played, it’s a real privilege.’

David also goes on to speak about the work he’s done to support the trans community, mentioning that he ‘can turn the internet off [but] trans people can’t step away from themselves and from society’s transphobia’.

He also is very prominent on Twitter in his fight against transphobia. He recently tweeted BBC Radio 4 and asked why a debate about trans issues aired without a single openly trans voice on the programme.

This is such a joke. @BBCr4today asked if I was free yesterday. I suggested they ask a trans person and suggested @KatyMontgomerie This was their response.

Why does the @BBC think it’s ok to discuss trans people without talking to actual trans people? They clearly choose not to. https://t.co/YfD9GpmQD1 pic.twitter.com/n7eKvUOj3Y

He wrote: This is such a joke. @BBCr4today asked if I was free yesterday. I suggested they ask a trans person and suggested @katymontgomerie.

This was their response. Why does the @bbc think it’s ok to discuss trans people without talking to actual trans people? They clearly choose not to.’