Hastie, a former Special Air Service Regiment troop commander, said talented potential recruits were being denied a military career because of football shoulder injuries, food allergies and the use of ADHD medication in childhood. 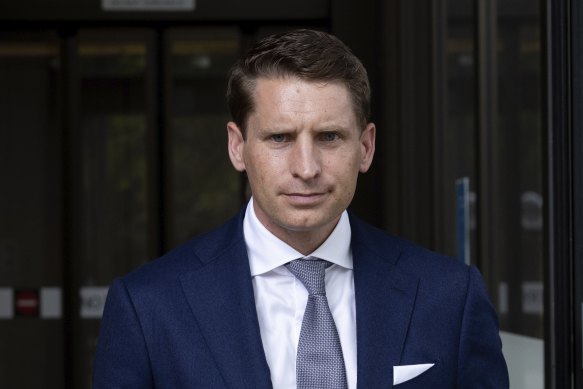 Warning that “the window is closing fast” to prepare for a major conflict, Hastie said: “We need to move beyond the one-size-fits-all model and select kids who might not tick all the boxes but who can get the job done, and then some.

“Not every job of the future requires the fitness of a fighter pilot or the endurance of an infantry soldier.”

Hastie named “risk-averse gatekeepers” in the ADF as one of the main barriers to growing the nation’s uniformed personnel by 18,500 people, or 30 per cent, by 2040.

The Morrison government announced the personnel expansion in March, saying it was crucial to keep Australia safe in an increasingly uncertain global environment. The Albanese government has backed the policy.

Hastie said he was alarmed to learn it takes 292 days from first contact to recruitment in the Australian Defence Force, significantly higher than the public service.

“Far too much time is wasted; we need to accelerate the process or good people will be lost to other sectors of the economy,” he said in a speech to the Business News breakfast.

Hastie said it would be a “huge task” to grow military staff by a net 1000 people a year given recruitment numbers have only slightly exceeded ADF departures over recent years.

Hastie said Defence recruitment efforts had been too reliant on promises of “self-actualisation” and needed to appeal to “young hearts and minds searching for purpose”.

“Emphasising the service ethos is critical,” he said.

“Duty, honour and country. They may seem antiquated, but they are values and principles that call people to stand and fight for something bigger than themselves.”

As well as growing the military workforce, Hastie said Australia needs to “build strike capabilities that can hold an adversary at risk beyond the archipelago to our north. Strike bombers, precision guided missiles, and, unmanned autonomous vehicles – in the skies and in the seas below.”

Hastie said Australia had to take seriously warnings China could move to invade Taiwan by 2027 – well before the nation acquires nuclear-powered submarines.

“The window is closing fast,” he said.

“We have a moral obligation to the Australian people to build and maintain a strong deterrent to any regional aggressor. To show that there is a great cost for any unilateral military adventurism.”

Hastie said the key lesson from the war in Ukraine is that “we must first be prepared and able to defend ourselves if we expect the support of our allies and neighbours”.

“Even in war, people like to back a winner and we need to be able to punch back, if, God forbid, we must wait for support from our friends,” he said.