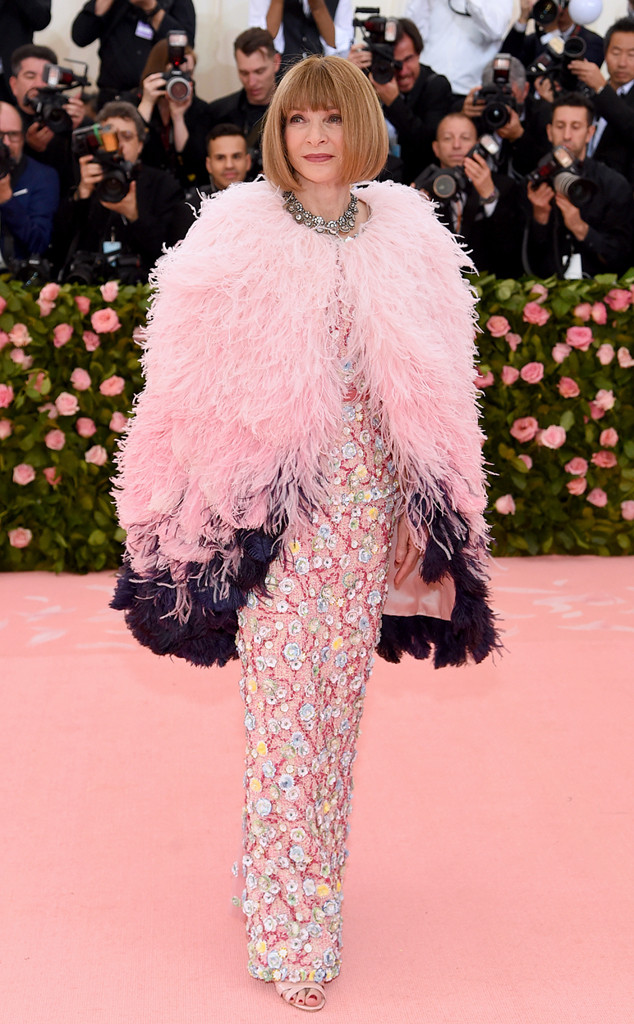 Rihanna is tipping her hat to Vogue‘s editor-in-chief Anna Wintour.

Rihanna, who is arguably one of the queens of Met Gala fashion, has officially dubbed Wintour as “best dressed” at the 2019 Met Gala. The Fenty designer presented Wintour with the honors in a tweet on Monday.

Wintour was the first to arrive at the Metropolitan Museum for Art for tonight’s big event, which was themed “Camp: Notes on Fashion.” She wore a beautiful pink sequined couture Chanel gown that also featured a pink and purple feather cape.

Wintour ran the show this year with Gucci creative director Alessandro Michele and teamed up with Harry Styles, Lady Gaga and Serena Williamsas co-chairs for the big event. RiRi held the honors last year for “Heavenly Bodies: Fashion and the Catholic Imagination.”

The famed fashion journalist won more than just “best dressed” for the night. She should also be crowned with “best reaction to Lady Gaga’s dramatic entrance.”

As the “Poker Face” singer danced, shimmied, posed and strutted her way up and down the Met stairs, Wintour looked on from the top of the steps and flashed a huge smile while wearing her signature large sunglasses.

Wintour stood next to Vogue‘s West Coast director Lisa Love as well as Wintour’s daughter Bee Carrozzini. Carrozzini was even on a FaceTime call at that very moment and showed Gaga’s huge presence to whomever she was speaking to on the phone.

Wintour recently talked to Jenna Bush Hager on the Today show about who is on her dream guest list for future Met Galas.

“I would love to have the Duchess of Sussex and the Duchess of Cambridge together,” she said on the show. “That would be my dream couple. They could leave their husbands at home. The two of them, I want.”

Well, Meghan Markle and Prince Harry welcomed their first child today, so maybe it’s a sign that things were meant to be for the Duchess of Sussex and the Met Gala.

Take a look at the gallery above to see all the looks at the 2019 Met Gala!

Don’t miss E! News Tuesday, May 7 at 7 p.m. for a full recap of fashion’s biggest night!