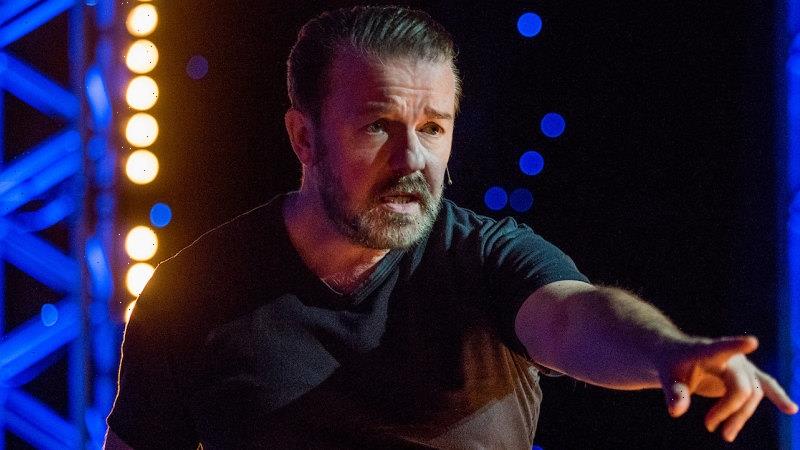 It seems like a week can’t pass without some sort of widespread online debate around comedy. And it’s not fun debates such as “How does Rebecca Shaw’s hair get that shine, is it labrador shampoo?” The debates instead revolve around “woke comedy” and “transphobic comedians” as though they are somehow two opposing sides in a rap battle.

Hacks, a fictional TV show that examines comedy in this climate, has just started its second season on Stan (owned by Nine, the owner of this masthead). Out-of-vogue comedy legend Deborah Vance (Jean Smart) and struggling mid-20s comedy writer Ava (Hannah Einbinder) are forced into a twisted mentorship. There’s intergenerational conflict as both women approach comedy from different perspectives. 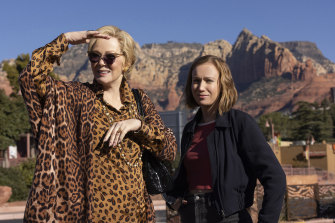 Hannah Einbinder as Ava and Jean Smart as Deborah Vance in the second season of Hacks.Credit:Karen Ballard/HBO

Hacks deals with their different views on everything from feminism to joke structure in a clever way, never taking an overall side. It allows both characters to be right and wrong. Ava is often technically correct but is so annoying in her moral righteousness that you can’t happily take her side (very realistic). Hacks, blessedly, largely avoids ruminating on “cancel culture” but it has moments. In the first season, when Deborah hears that Ava suffered consequences for a joke tweet about a US senator that “crossed a line” she scoffs: “There is no line. It’s just not funny.”

“There is no line, you should be able to joke about anything” is a common argument when the topic of “woke comedy” comes up. In my experience, it most often comes from straight white cis male comedians, and isn’t that a good sign, historically! Don’t worry, some of my best friends are straight white male comedians. Usually aimed at people on the “woke side”, I think we need to point Deborah’s sentiment back at those wielding it. OK, great, let’s all agree there is no “line”. It only matters if it’s funny. So, bring me all the hilarious jokes straight men have about trans people. Should be simple, right?

I watched Ricky Gervais’ new Netflix special SuperLoser to see what he had taken on board after the backlash against his transphobia. Within minutes, we get his first trans joke. “The old-fashioned women – oh, God. You know, the ones with wombs? Those f—ing dinosaurs. I love the new women. They’re great. The new ones we’ve been seeing lately – the ones with beards and cocks.” Later, he talks about “identifying as a pram”, the laziest premise imaginable. He should start identifying as a comedian who writes new jokes. Gervais tries to get around this by laughing that he knows the jokes are bad, or the punchlines old. Admitting you’re telling hack jokes is still just telling hack jokes.

Is this really what everyone’s fighting so hard for the right to say? You can’t have the gall to get up on stage with those unfunny-the-first-time-five-years-ago jokes and then say that being woke is what is ruining comedy. Your hateful recycled jokes that have no new point of view are ruining comedy. There is no line, it’s just not funny. 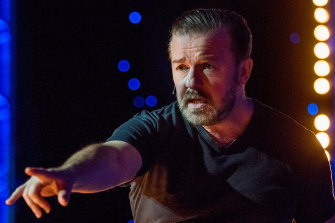 In Hacks, Deborah is stuck in her ways. She’s resistant to change, but she gets there. Because to Deborah, her art is the most important thing. She, like Gervais and Chappelle, doesn’t need to change because she’s established. Deborah could retire to her mansion, but she wants to get better, and remain relevant. Her real-life equivalents do not.

In his special, directly after some awful transphobic jokes, Gervais says: “People are allowed to complain and be offended, but they have to know we aren’t *trying* to offend. We’re trying to make you laugh, we’re trying to give you a good time.” Who is he trying to give a good time to, exactly? Could a trans fan “have a good time” listening to those jokes? The fact that this incredibly rich, powerful man is using his worldwide platform to target the trans community, who are already discriminated against on numerous levels, who go through so much, and who are at real risk of violence … This is not about being offended at jokes. Forget comedy, this is despicable on a human level.

None of this means you can’t make edgy jokes or jokes about serious or controversial topics. It just means, unless they are funny (and I have yet to see one), you can’t make racist or transphobic or homophobic jokes. Taking out those subjects as options? There are literally billions of things in the universe to joke about – you’ll be fine. Unless, of course, you’re relying on saying bigoted things to get a reaction, in which case, there is no line; you’re just not funny.

To read more from Spectrum, visit our page here.