Wednesday night’s episode of “The Real Housewives of Orange County” saw Heather Dubrow threaten to stop filming after she was made aware of Nicole James’ lawsuit against husband Dr. Terry Dubrow.

“Literally, we are camera down,” Heather, 52, said as she put her hand in front of a camera operator’s lens.

The Bravolebrity — who returned to “RHOC” this season after a five-year hiatus — then told the crew member to turn their camera away from her as she absorbed the shocking news.

“Camera that way,” she said, seemingly shifting the camera herself. “You’re fine.”

Walking up one of the many staircases at her palatial Newport Beach home, the former soap actress — who was hosting a Nobu-catered party — declared to her spouse, “Terry, I’m leaving the show right now.” 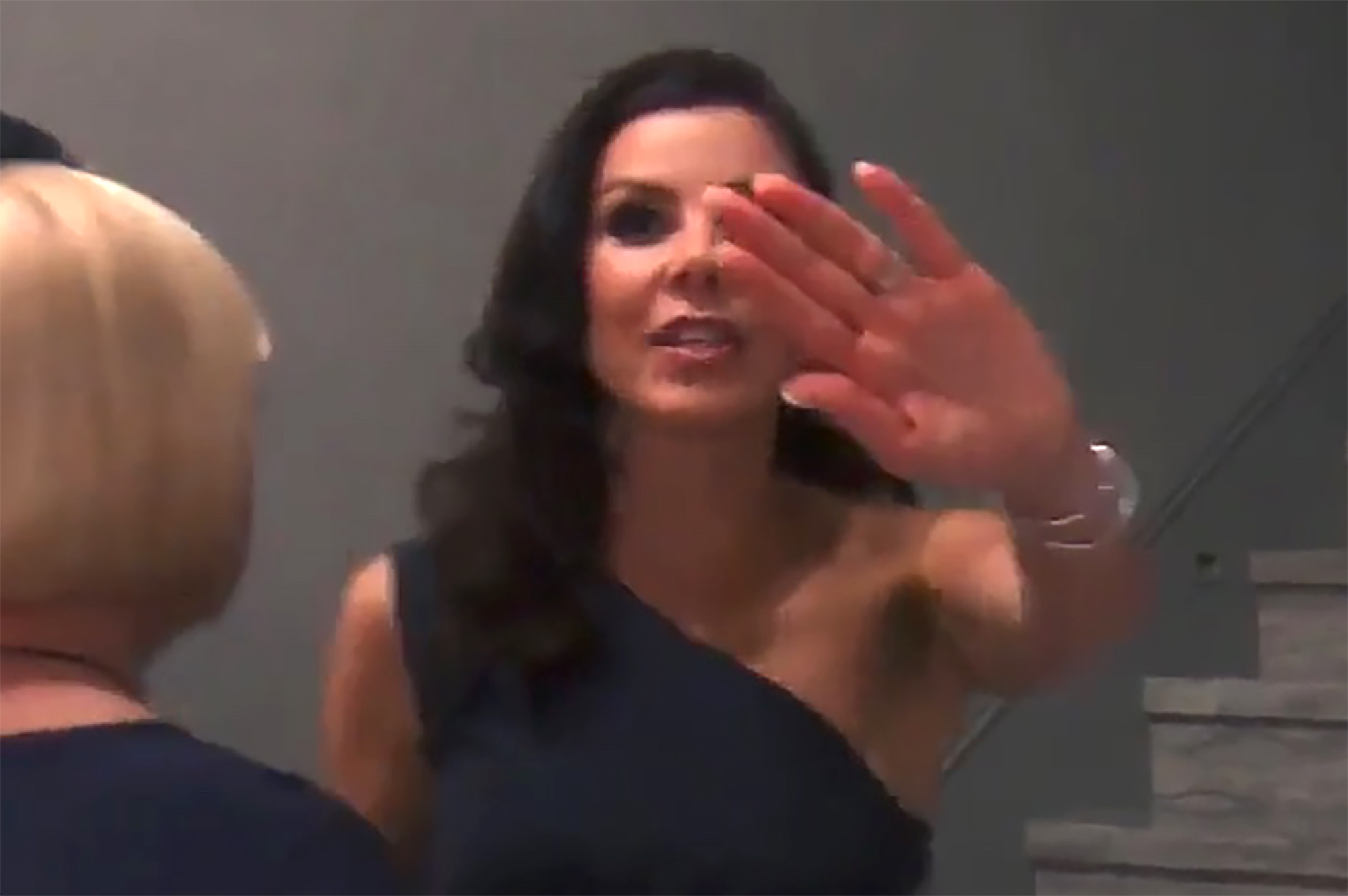 She added, “Kicking everyone out of my house. It’s over right now.”

Beador, 57, interrupted Kirschenheiter’s conversation with Heather and tried to defend herself.

“I have to talk to you Heather. I don’t want to hurt anybody in this world,” she said. “And when you kept telling me that Nicole was your friend, I said, ‘I think I know her, but it can’t be that girl.’” 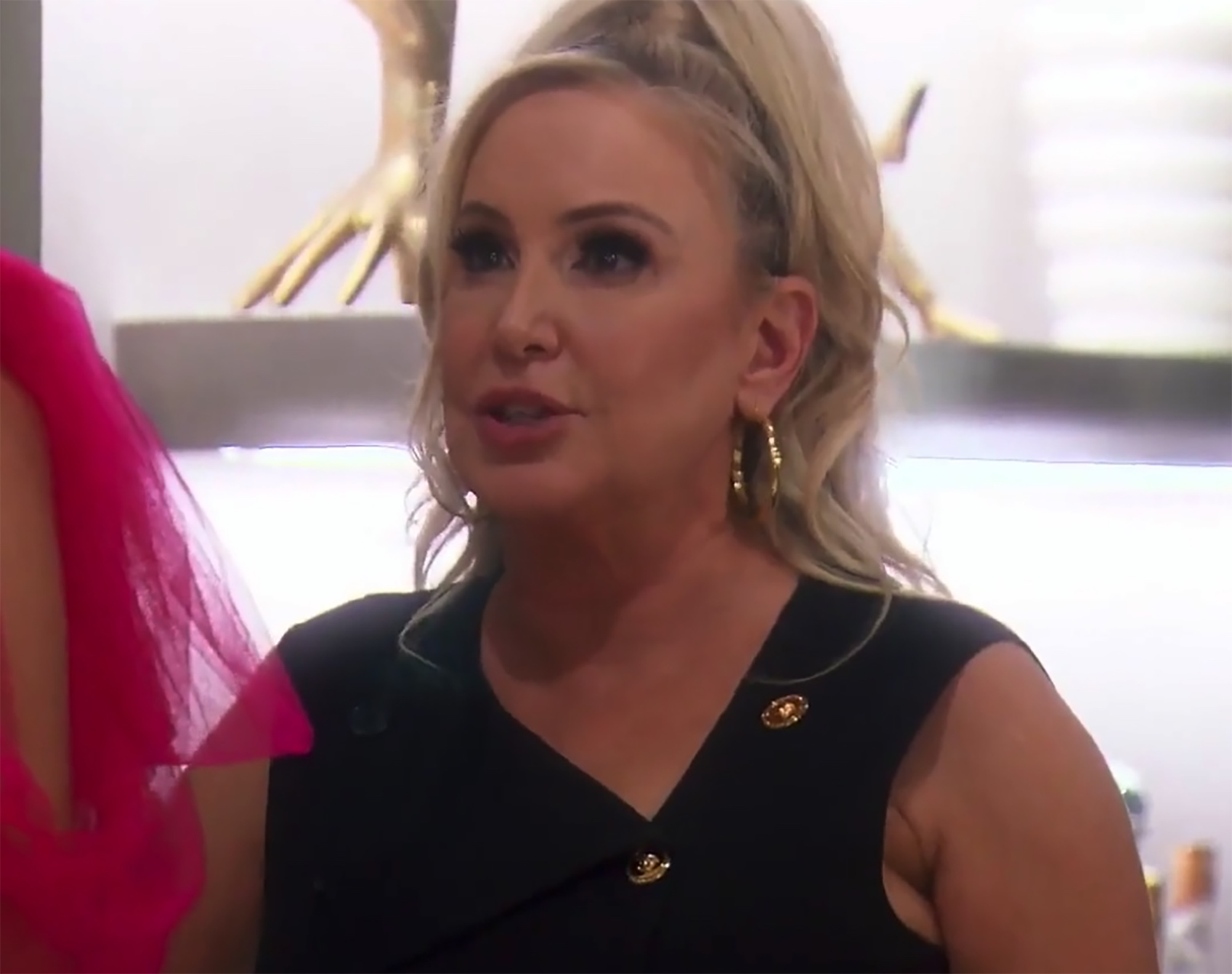 Beador elaborated, “Because the Nicole that I knew told me that she was in a lawsuit with Terry, so that doesn’t make sense to me that they would be friends.”

A stone-cold Heather simply replied, “Are you really doing this right now?”

Beador and Kirschenheiter argued for a bit before a silent Heather exited the scene.

Following her threat to stop filming, Heather eventually returned with Terry, 63, to confront James — who previously went by the name Nicole Weise — about the situation.

“Are you Nicole Weise?” Terry asked. “You sued me!”

A remorseful James told Terry that she doesn’t think he “did anything wrong.” She noted that she was in her 20s at the time of the lawsuit and claimed that she was “pushed by attorneys” to file it. James later dropped it.

“I never wanted to say anything,” she said.

Terry, who acknowledged that James suffered “complications” after her breast augmentation, said he has moved on from the legal mess.

Though she was perplexed that James had never mentioned the lawsuit throughout their six-year friendship, Heather said she has forgiven her pal.

“Doctors get sued. It’s not a big deal. It was years and years ago,” she said in a confessional. “Nicole’s our friend. She’s allowed to have a fresh start. We all are.”

It wasn’t long, though, before Heather gave Beador and Kirschenheiter a dressing-down for creating conflict at her fête.

“Here’s what I’m going to tell you, Gina,” she told Kirschenheiter first. “Shoot the f—king messenger — because if it doesn’t exist in my world, I don’t know about it.” 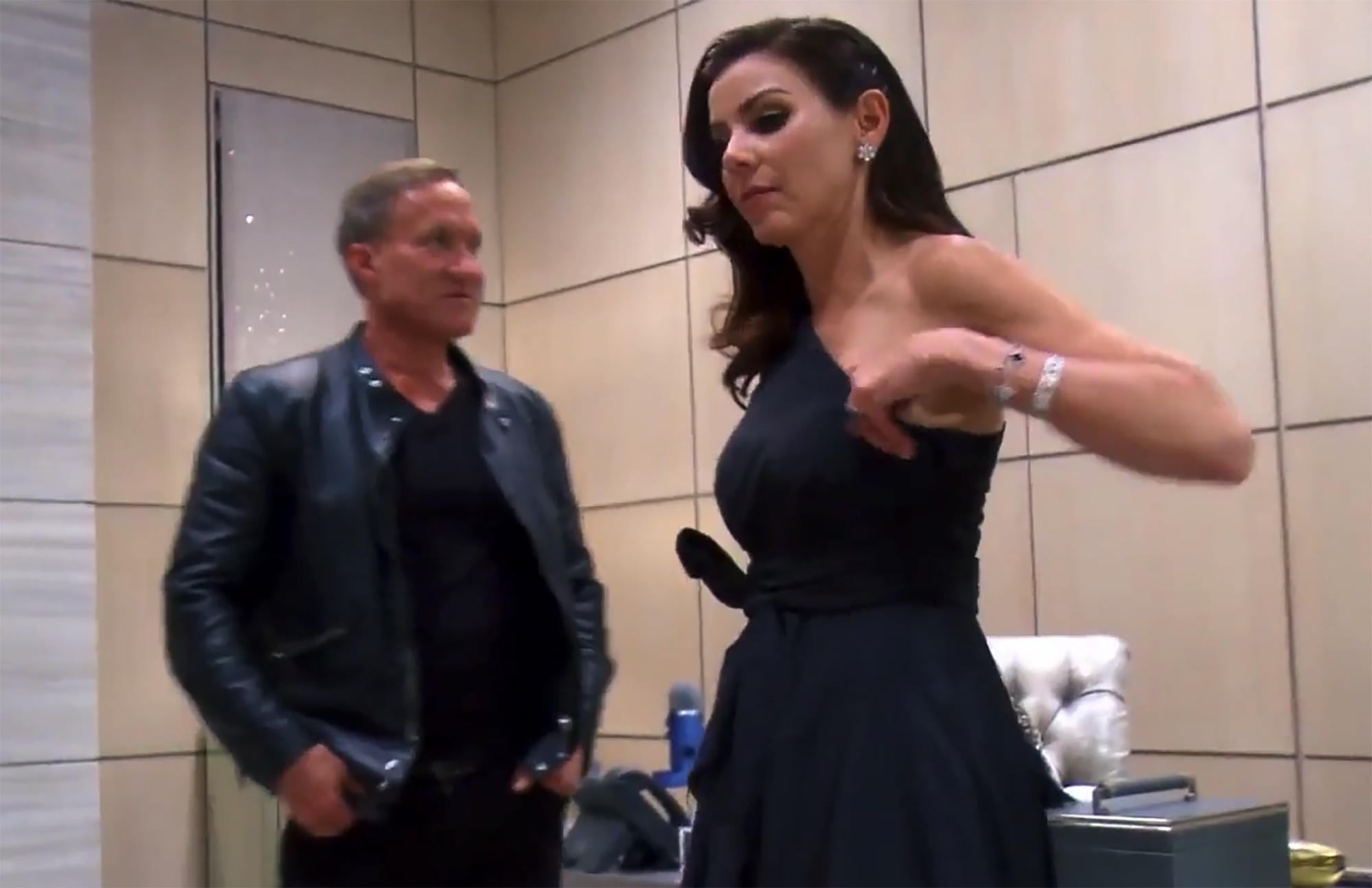 Heather then turned to Beador, saying, “[Gina only knows] because you told her. And I honestly think it’s s–t that you did this. You shouldn’t have said anything.”

By the end of the episode, Heather met up with Gina and Emily Simpson to clear the air.

After hashing it out and apologizing for their respective roles in the ruckus at the Dubrow residence, the trio came to the conclusion that it was Beador who stirred the pot.

“The Real Housewives of Orange County” airs Wednesdays at 9 p.m. ET on Bravo.