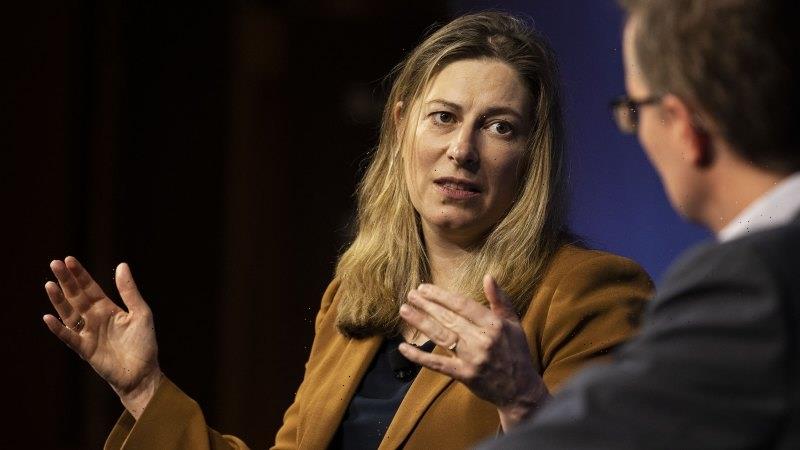 Employers want jobs lists that decide which skilled migrants can come to Australia to be scrapped for high-income earners to give businesses an edge in the global race for talent. 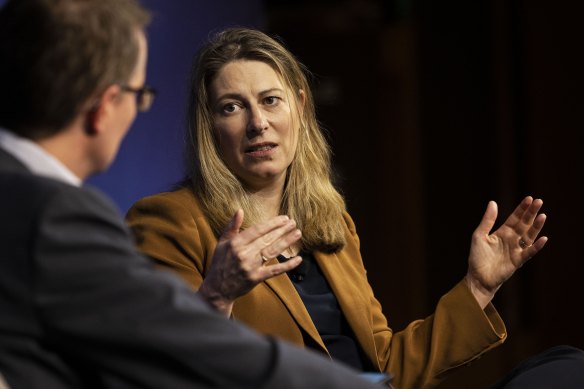 Tech Council CEO Kate Pounder says some in-demand jobs were not even on the occupation lists a yeaCredit:Jessica Hromas

Tech Council chief executive Kate Pounder said jobs such as data scientist and cybersecurity expert had been only recently added to the skills list – in some cases, in just the last 12 months.

“It’s an experience shortage, not a labour shortage,” she said.

The review is examining how to streamline the system, but will not cover offshore processing or Operation Sovereign Borders. An interim report is expected to be handed to the government by the end of February, with a final report expected before the May budget.

Australia’s unemployment rate is at a 48-year low, and while job vacancies eased to 444,000 in November they remain nearly double pre-pandemic levels as the government continues work to speed up visa processing to help get 195,000 permanent migrants into the country this financial year.

“If you become one of the slowest Western economies to process those visas, by definition you are starting very much from behind the rest of the world in being an attractive place to move,” she said.

Grattan Institute economic policy program director Brendan Coates said the system was slow and cumbersome, due in part to having three different occupation lists. The lists are based on the Australian and New Zealand Standard Classification of Occupations (ANZSCO) from the Australian Bureau of Statistics, which he said were updated with a lag.

“It’s looking in the rearview mirror at the jobs that existed in the past,” he said.

The Australian Chamber of Commerce and Industry, in its submission to the review, said the very nature of work and jobs were constantly changing through technological change.

“An out-of-date ANZSCO denies fair access to important migration programs and unreasonably complicates the regulation of the program due to the need for workaround-style caveats in order to meet businesses’ needs,” the submission said.

The Business Council of Australia said the different lists caused confusion and were overly restrictive. When combined with outdated job classifications, employers faced limited access to global talent, the council said in its submission.

The council recommended making people eligible for skilled visas at a minimum salary of full-time adult average earnings, which is currently around $92,000, and keeping the skills lists for jobs below that threshold.

The Australian Council of Trade Unions in its submission called on the government to increase the salary floor for skilled migrants to $90,916.80, the November 2021 average full-time weekly earnings of Australians, and for unions and the Fair Work Ombudsman to be allowed to monitor and independently verify the salary levels of migrant workers. The ACTU also wants more stringent labour market testing before a business can recruit from overseas. It said too many businesses, through agreements, had been provided blanket exemptions from having to prove they had looked for local workers.

The Tech Council joined the BCA in calling for the occupation lists not to apply to higher-income earners and Pounder said employers would not pay a substantial wage if there was not a genuine need.

“An employer who is spending $160,000 to pay an employee, plus pay for the cost of the SAF [Skilling Australians Fund] Levy and the migration fees is not going to do that if they don’t genuinely need the skills,” she said.

“They’re probably much better placed to assess whether someone has sophisticated machine-learning skills or product-management skills than a third-party assessor.”

Coates said the occupation lists should be replaced with a wage threshold, with the Grattan Institute recommending a minimum of $70,000.

“The best measure of skills is the wages that our employees are willing to pay for people to come here,” he said.

“The challenge is to attract people to the country, and the best way to do that is to have a visa system that doesn’t get in the way.”