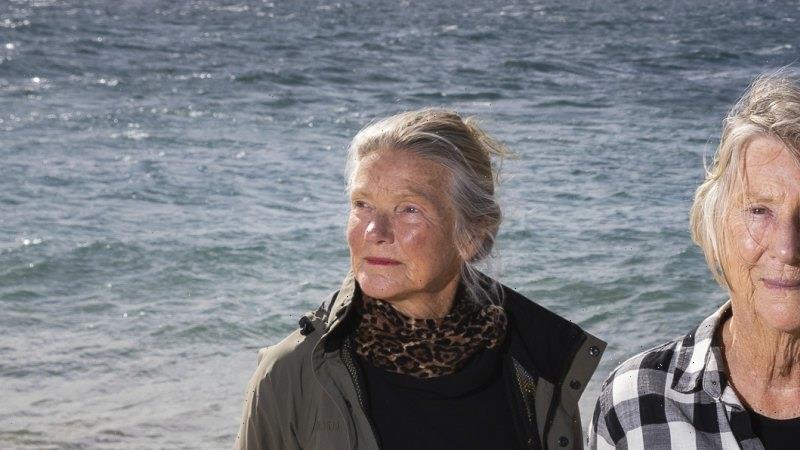 Mornington Peninsula residents and their council have urged the state government to delay the installation of an artificial reef at Point Nepean, saying not enough is known about how it will affect an environmentally sensitive area of Port Phillip Bay.

The Victorian Fishing Authority plans to install 16 large concrete structures in clusters of four about 50 metres apart in the ocean north of Observatory Point, at Point Nepean.

Fishing enthusiasts hope the new artificial reef, touted as the largest in Victoria, will attract yellowtail kingfish and give anglers an area, secluded from busy shipping lanes, where they will be able to catch the prized species. 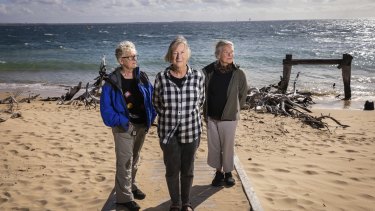 But in a letter to Melissa Horne, the minister for fishing and boating, the Mornington Peninsula Shire has requested “urgent consideration” of the planned reef, and called for its installation to be postponed until public consultation has taken place.

While the council is not opposed to an artificial reef and the possible benefits, it says it is concerned about its proximity to Port Phillip Heads Marine National Park, the limited assessment of the impact on the marine environment and inadequate community consultation.

Local environmentalist Mechelle Cheers, the chair of the Rye Community Group Alliance, also raised concerns about the environmental impact of installing the reef in a sensitive marine ecosystem.

“It’s a very narrow point in the bay, near the marine national park and the dolphin sanctuary,” said Ms Cheers.

“There was no evaluation of the impact of literally hundreds of extra boats in the sensitive area. The proposed location is currently a pristine and sensitive marine environment.”

The Burrunan dolphin, Tursiops aduncus australis, is a subspecies or potential species of bottlenose dolphin only found in Port Phillip Bay and the Gippsland Lakes.

A number of environmental and community groups have now contacted the minister, including the Port Phillip Conservation Council, Nepean Conservation Group, Rye Community Group Alliance, Blairgowrie 3942 and the Nepean Ratepayers. 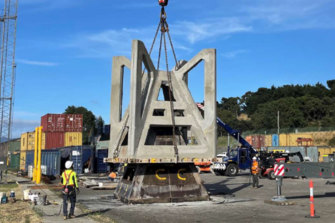 An example of the type of concrete artificial structures that would be submerged to create the reef at Point Nepean.

But the artificial reef, which is due to be installed in the next fortnight, has the support of David Kramer, the director of the Futurefish Foundation, a not-for-profit organisation that promotes recreational fishing in Victoria.

Mr Kramer pointed out it would be the 14th artificial reef to go into Port Phillip Bay, and there have been no concerns raised about previous projects.

The same triangular structures had been installed at Shoalhaven, in NSW, and other parts of Australia, purposefully to attract yellowtail kingfish, he said. The texture and surface of the artificial reefs attract quick seaweed growth and shellfish, and are “beautiful to dive on”, Mr Kramer said.

“Victorian Fisheries [Authority] have already obtained all the permissions needed – they don’t need to ask permission of loud-mouth so-called environmentalists down on the Mornington Peninsula,” he said.

At the 2018 state election, the government promised to improve fish habitats in Port Phillip Bay with artificial reefs, including a kingfish reef. The location of this reef was not confirmed at the time.

A spokesperson for the state government said the artificial reefs were planned for an area of the bay that saw a high volume of anglers, and the reefs would help them stay clear of the nearby shipping channel to avoid accidents and injuries.

“These projects … provide additional fish habitat in areas where natural habitat is limited, creating a more sustainable bay while increasing safety for boaters,” the spokesperson said.

The reef’s location is supported by Port Phillip Bay’s harbour master and is located away from shipping channels, marine parks, quarantine areas, the government said.

A guide to the environment, what’s happening to it, what’s being done about it and what it means for the future. Sign up to our fortnightly Clear Air newsletter here.