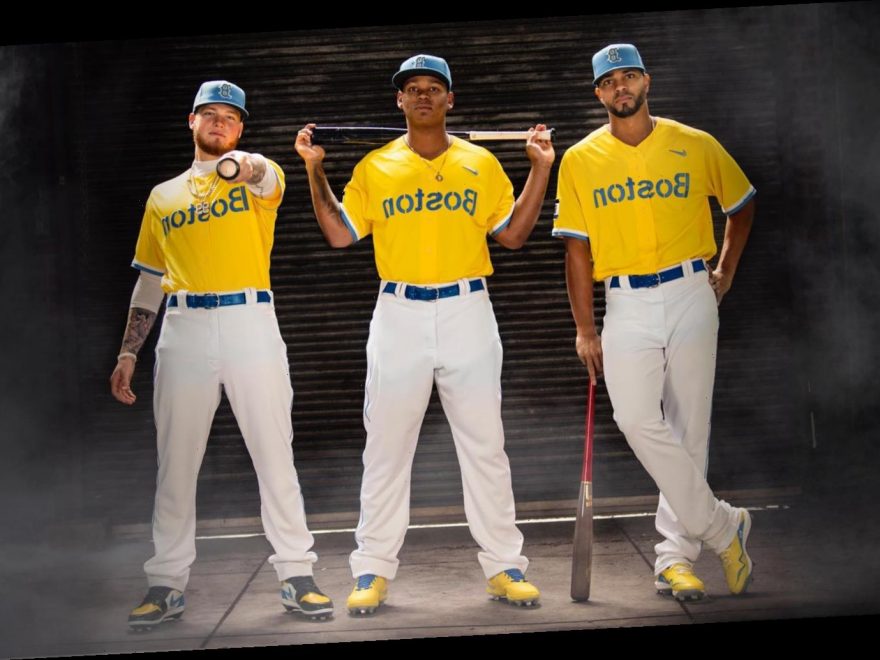 The Boston Red Sox are trading in their iconic colors — at least temporarily — for a fresh new look.

On Tuesday, Nike revealed a first glimpse of the new "City Connect" uniforms for the storied Boston franchise. The updated outfits include yellow and powder blue as their primary colors, instead of the team's traditional red, navy and white.

The new threads are meant to pay tribute to the Patriots' Day holiday and the Boston Marathon, which uses yellow and blue in its logo and the race's finish line. The jersey's left sleeve also features a miniature marathon bib patch with the number "617," the area code of Fenway Park.

"We viewed the City Connect collaboration with Nike as an opportunity to celebrate the spirit of a weekend that is uniquely Boston," Red Sox executive Adam Grossman said in a press release.

"The departure from our traditional style pays homage to that iconic weekend, and recognizes Boston's boldness, culture and creativity," he added.

The franchise worked with "several creatives and cultural influencers" from the city to help design the uniforms. They are the first of seven teams to debut "City Connect" uniforms.

"This was the one where we felt right from the get-go that this was the one, but it was also like, 'This is a Red Sox jersey that doesn't have red or anything on it,'" Grossman told ESPN of the creative process behind the design. "We asked ourselves if we could do this and it felt like the time to do this. There's never a better time than now."

"It pushes us as an organization, pushes baseball and I think the way we're launching it, we thought it would allow us to get into different neighborhoods of Boston that are pushing culture in Boston, because that's part of what this is reflective of," he continued.

Grossman went on to admit that "traditionalists" may not like the new style but reassured fans that the uniforms will not be replacing their classic look.