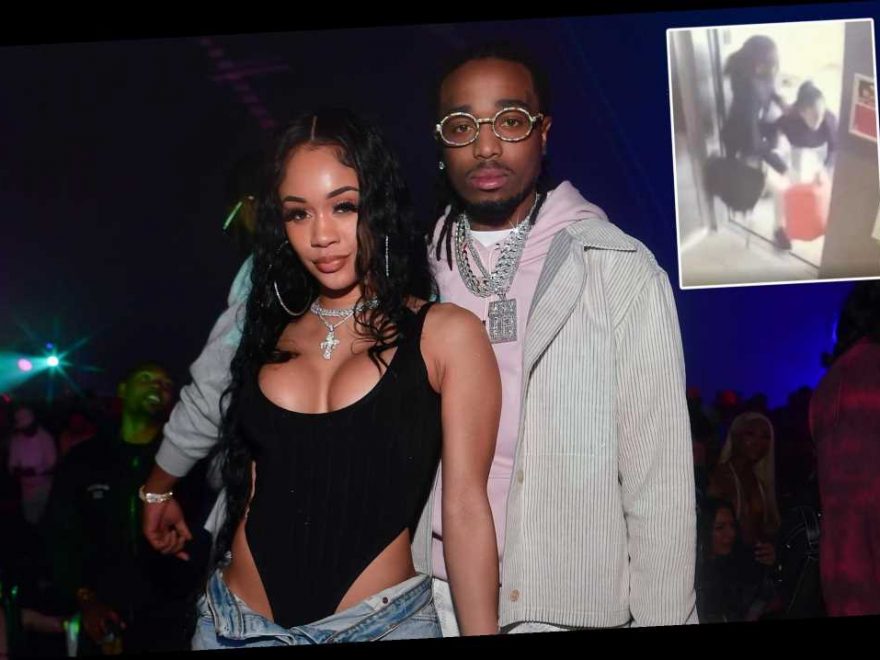 Quavo, Saweetie got into physical altercation in elevator before breakup

Quavo to Saweetie after breakup: ‘You are not the woman I thought you were’

Saweetie confirms breakup with Quavo: ‘I’ve endured too much betrayal’

Did Quavo and Saweetie break up? Why fans think they’re over

Quavo and Saweetie’s physical elevator fight is being investigated by the LAPD, according to a new report.

Authorities viewed the surveillance footage — in which the former couple can be seen fighting over an orange gaming case before Saweetie is knocked over — and are looking to see if it could be considered a case of domestic violence, TMZ reported.

Investigators are allegedly looking to talk to the Migos rapper and “Best Friend” performer separately. Once the LAPD completes its investigation, it could potentially hand over the case to the City Attorney for possible criminal charges.

Sources previously told TMZ that the incident took place in 2020 at an apartment building where Saweetie was renting a pad.

The musicians’ breakup has been rough, with the “Tap In” rapper implying that Quavo cheated on her.

“Presents don’t band aid scars and the love isn’t real when the intimacy is given to other women,” she tweeted.

The “Go Off” rapper then turned around and claimed that Saweetie wasn’t the person he thought she was but didn’t deny the cheating allegations.

“I had love for you and disappointed you did all that,” he responded. “You are not the woman I thought you were. I wish you nothing but the best.”

The couple began dating in 2018 after he slid into her Instagram DMs, and Saweetie confirmed their relationship on the daytime talk show “The Real.”