He’s back! Years after Jason Sudeikis exited Saturday Night Live, he’s since returned to the hallowed halls of 30 Rockefeller Plaza as a first-time host, fresh off his Emmy victory.

Since his tenure on the show as a writer and a featured player, the 46-year-old Ted Lasso star has gone on to have a successful film career and raise two children, whom he gave a sweet nod during his Saturday, October 23, monologue.

“My last show was in 2013 and since then, I have had two amazing children: Otis and Daisy,” the Kansas native said in his monologue. “Great kids, just incredible kids. Um, I don’t know how old they are exactly, so I just don’t pay attention to that kind of stuff; they’re like this and this tall,” he adds with accompanying hand gestures to indicate the height of Otis, 7, and Daisy, 5, whom he shares with ex Olivia Wilde. “But, they’re great. You gotta trust me on that.” 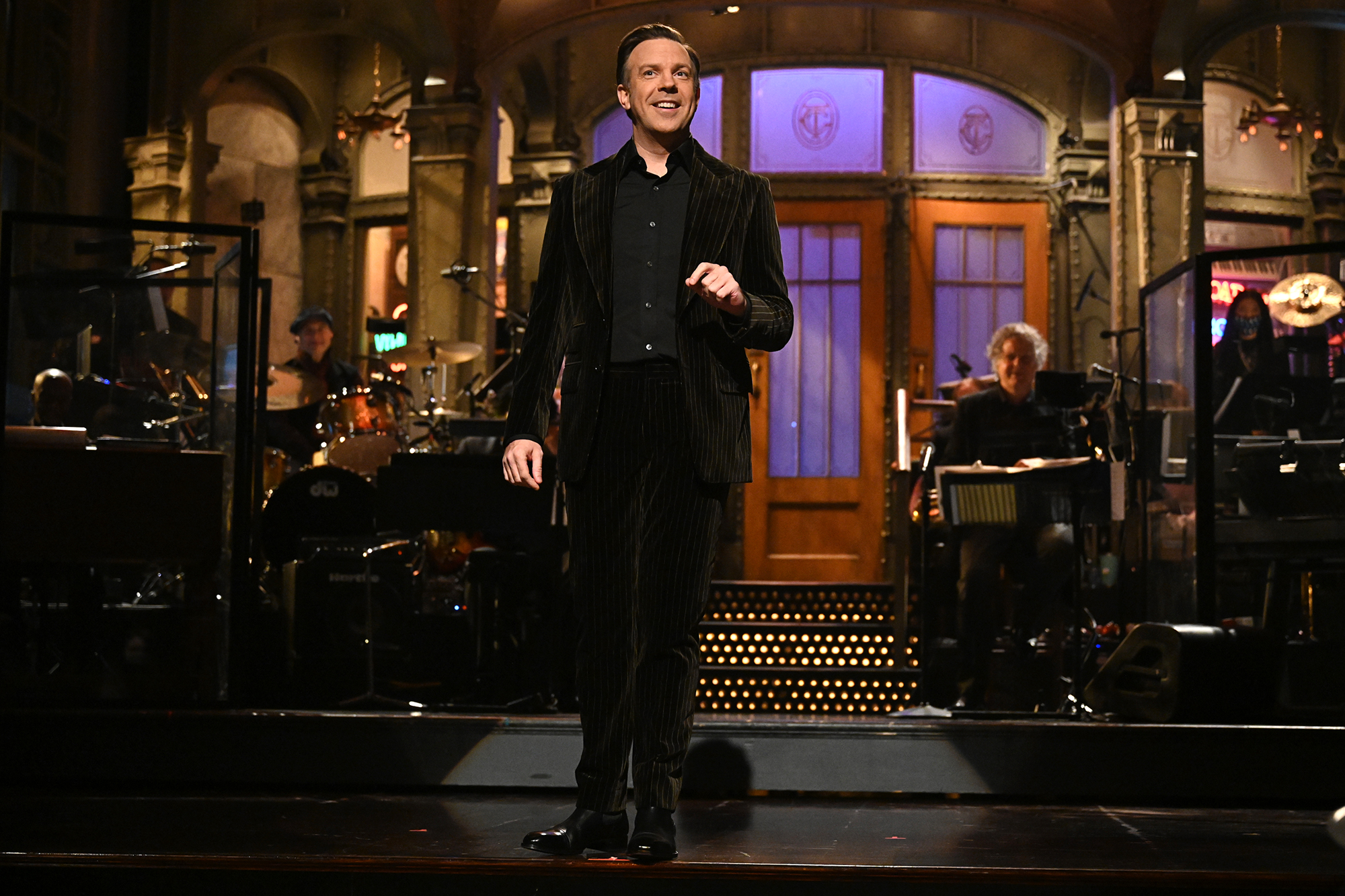 Following his proud dad moment on live TV, Sudeikis noted his excitement to be back on the stage — alongside musical guest Brandi Carlile — that he graced weekly for many years.

“It’s fun to come back and be the veteran, you know,” the Emmy winner noted. “Different folks asking me for advice. Like, ‘I love working here, but what should I do next?’ Or, ‘how do I get Lorne [Michaels] to notice me?’ Stuff like that. And honestly, I found myself giving the same advice to every single person. I was just like, ‘Win an Emmy, and if you can, win two.’ That’s the best way to do it. It sets you up for success, I’ve found.”

He concluded his heartfelt monologue, “This place changed my life twice. Once as a cast member, as a writer here, but most importantly, as a kid watching from home. There’s a good chance that if you’re watching tonight, there’s probably something from this place that changed your life, too. And I’ll tell you this, if this is your first time watching the show … Well I mean, this one probably won’t change your life. But we’ve got a great show.”

Throughout his hosting debut on the variety show, Sudeikis reprised several of his most popular SNL characters, including his impression of President Joe Biden, “What’s Up With That” backup dancer Vance and The Devil on “Weekend Update.”

“Well, thank you very much for joining us on ‘What’s Up With That,’ where we are excited about Halloween,” Kenan Thompson kicked off the skit. “It might get a little creepy, might get a little sneaky … That was fun, Vance, man, it’s good to see ya. How are those knees doing,” he asked the SNL alum, before adding, “Giuseppe, I hope your wife is feeling better” to Fred Armisen, who made a surprise cameo in the sketch. 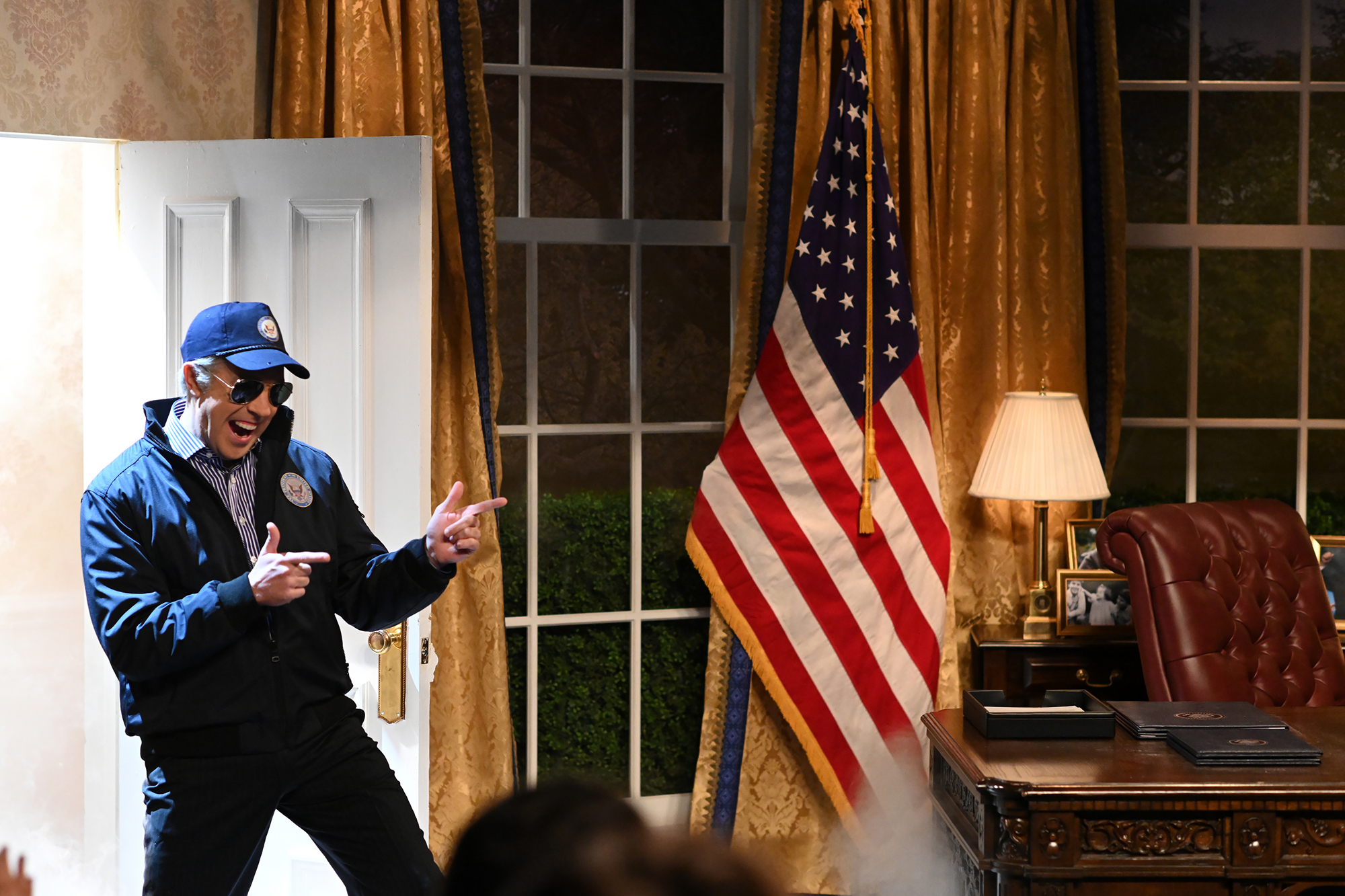 One Twitter fan gushed over the appearances, writing, “jason sudeikis oscar isaac and nicholas braun in the same snl episode where they also announced kieran culkin will be hosting is literally my avengers endgame.”

The We’re the Millers star later popped by “Weekend Update,” reprising his fan-favorite Devil personality, who discussed what he’s been up to for the last several years he’s been away.

“It’s because I’ve been busy, baby,” Sudeikis said. “The last few years have been pretty good for old Beelzebub here.”

After poking fun at his “little side projects,” which included earthquakes, killer storms and an Instagram for kids, he dismissed cohost Colin Jost’s question if he was responsible for QAnon.

“Hey! Those guys are crazy,” the Golden Globe winner said. “It’s like, ‘Excuse me. Don’t drag my good name into your fantasy.’ You take that back or I will go back on my deal to let you marry Scarlett [Johansson, Jost’s wife].”

He continued as the 39-year-old Tom & Jerry star shook his head, “You baby-trapped her, it’s true!” 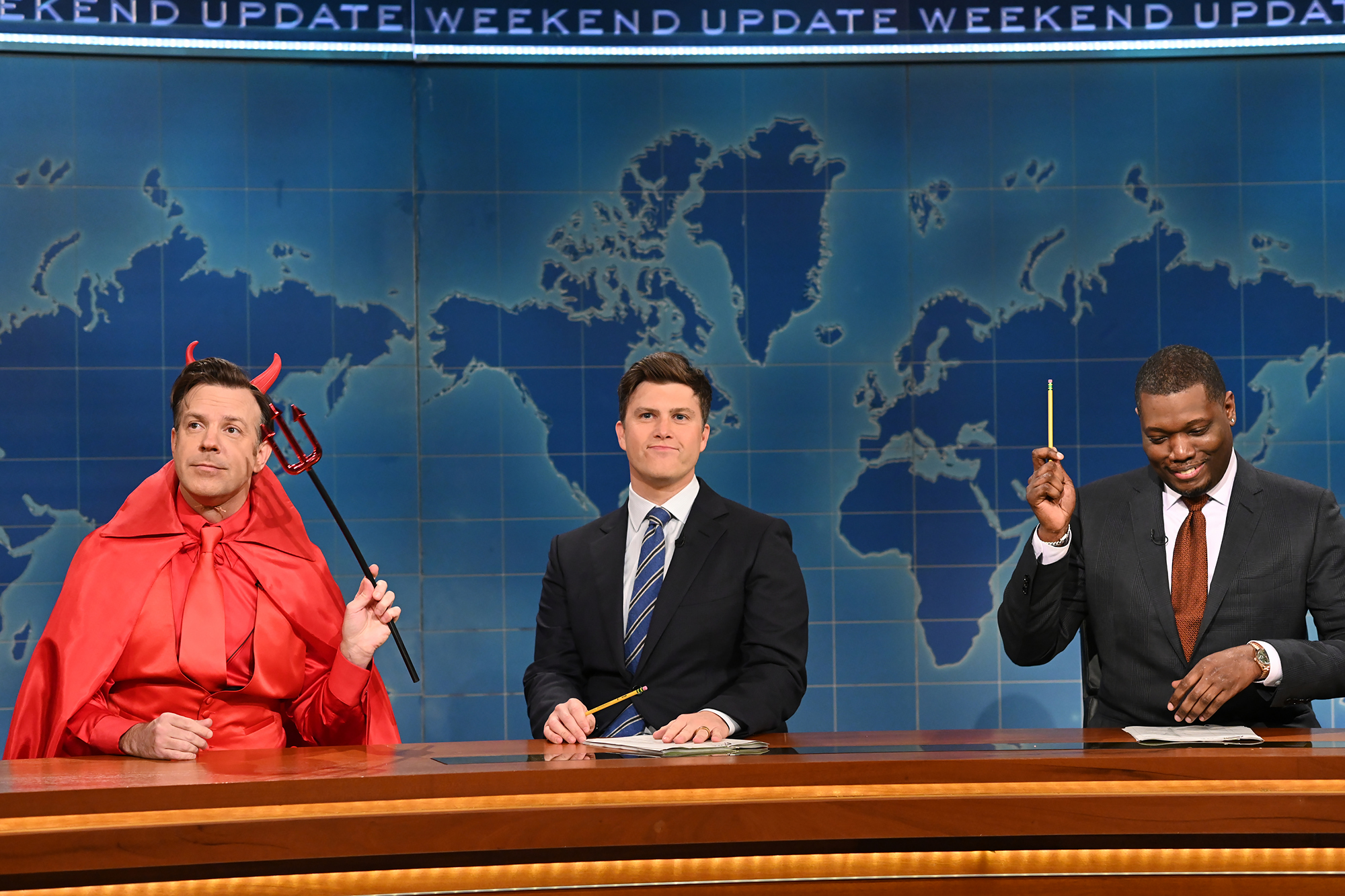 The Mother’s Day actor previously worked on the variety series as a writer and featured player, beginning in 2003, before being promoted to the main cast in 2006 for season 32. While Sudeikis confirmed in July 2013 that he would be leaving the cast, he occasionally returned to the NBC series for various cameos, even portraying President Biden in 2019.

For more, watch the video above!