Still in the honeymoon period! Princess Eugenie posts a birthday tribute to her ‘totally extraordinary’ husband Jack Brooksbank who ‘lights up her life’

The royal, 29, shared a grinning selfie of the two of them wrapped up in warm clothing in a leafy park, calling him ‘my one and only’.

She gushed: ‘You are one of a kind and totally extraordinary. Nine birthdays and counting… to quote you from a few months ago, “You light up my life”.’

Eugenie sported a pair of stylish black round sunglasses with a white trim by the brand Mr. Boho, while Jack donned a snug grey beanie hat and fleece jacket. 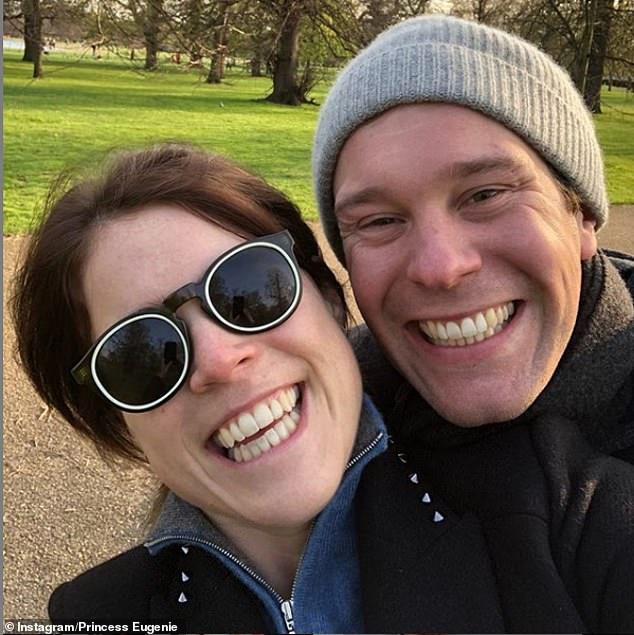 Princess Eugenie shared an adorable birthday tribute to her husband Jack on Instagram, complete with a grinning selfie taken in a park

In her post, the royal gushed: ‘You are one of a kind and totally extraordinary. Nine birthdays and counting… to quote you from a few months ago, “You light up my life”‘

The couple tied the knot in a star-studded service at St George’s Chapel in Windsor Castle in October last year.

Eugenie’s post racked up more than 39,000 likes in 40 minutes, with many royal fans wishing Jack many happy returns.

One wrote: ‘Happy, happy birthday “one and only Jack”! Have a fabulous day… and thank you for bringing so much joy into the life of our beloved Princess.’

Another commented: ‘Awww you both too cutee!! And Happy Birthday Jack (sic)!’

And one posted: ‘You two should bottle that joy!! Happy Birthday dear funny Jack.’

The princess rarely shys away from an opportunity to publicly declare her affection for her husband on social media. 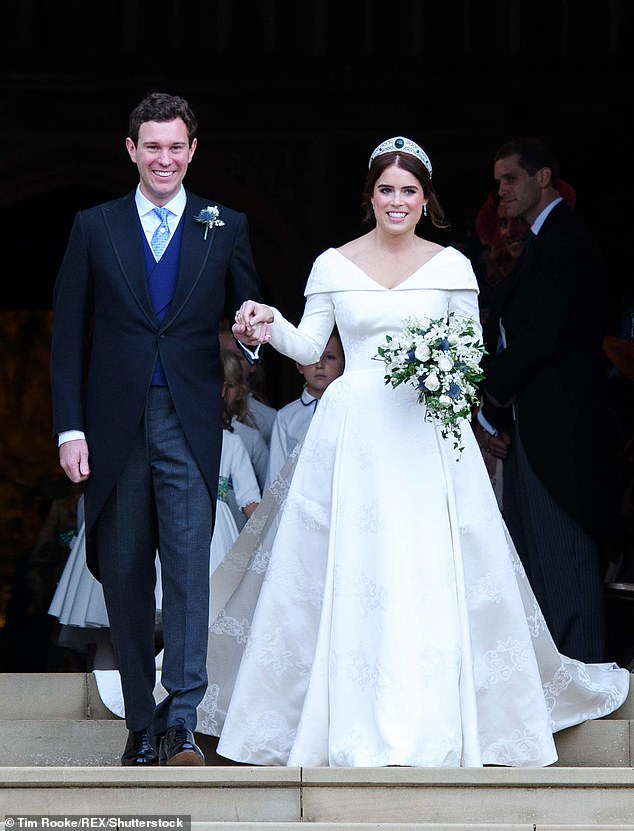 In January she posted a previously unseen photograph of herself and Jack from their official engagement shoot to mark the year anniversary since they made their happy announcement.

Wine merchant Jack proposed to Eugenie on holiday on New Year’s Day but they waited a few weeks before sharing it with the world.

Reflecting on the last 12 months, Eugenie wrote on Instagram: ‘#tbt to exactly this day last year – Jack and I announced our engagement. What a year it’s been since then and how exciting for 2019.’ 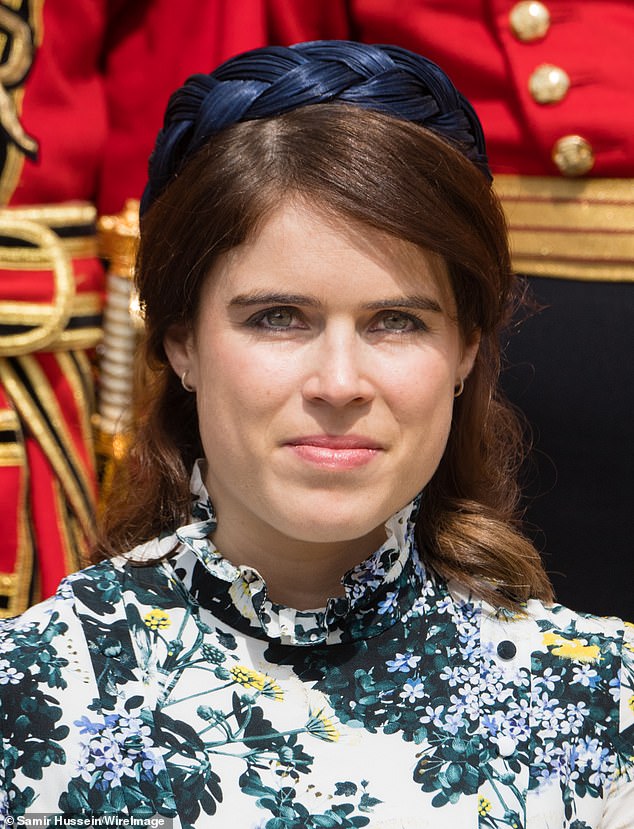 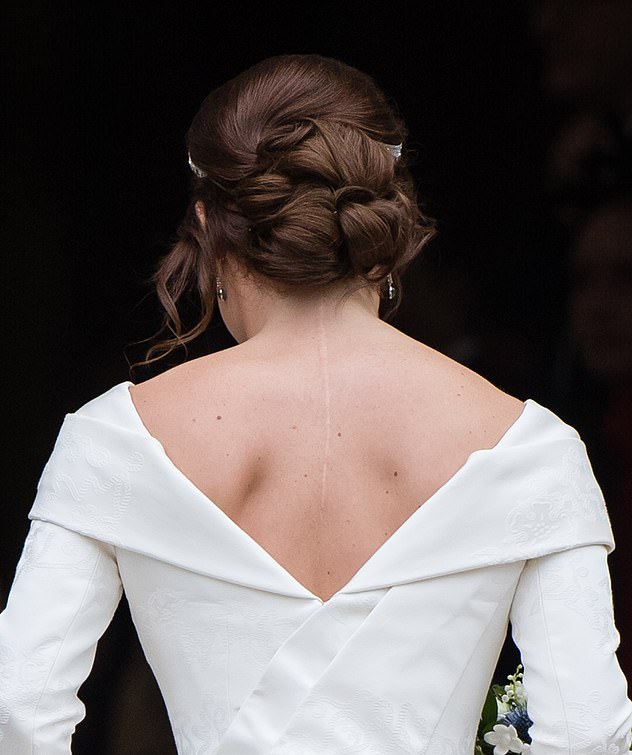 The royal, pictured arriving at St George’s Chapel in Windsor Castle ahead of her wedding with Jack Brooksbank, wore her scar for all to see

Yesterday we told how the princess announced she is the patron of a charity which creates gardens for NHS spinal centres.

She admitted the cause is particularly close to her heart as she underwent spinal surgery to treat scoliosis aged 12, leaving her with a sizable scar along her spine.

Eugenie, who has admitted it took her a while to love her scar before displaying it in a beautiful low-back gown during her wedding, paid tribute to the charity, explaining that her love of nature helped her through the recovery process.