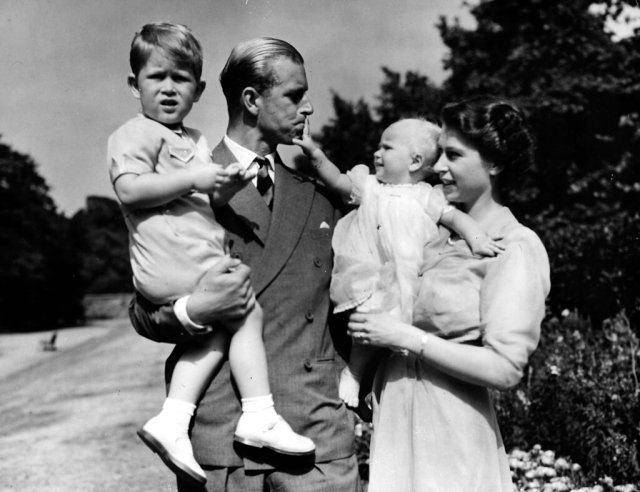 LONDON —  Prince Philip, the husband of Queen Elizabeth known for his dapper dress and controversial sense of humor, has died aged 99, a few months short of his 100th birthday.

Buckingham Palace said Friday “It is with deep sorrow that Her Majesty The Queen has announced the death of her beloved husband, His Royal Highness The Prince Philip, Duke of Edinburgh.” The Palace said he “passed away peacefully” Friday morning at Windsor Castle. He had been hospitalized earlier this year, undergoing surgery for a pre-existing heart condition and had returned home last month.

Philip married the young Princess Elizabeth in 1947, six years before her coronation, and was a constant companion, adviser and father to their four children. On their 50th wedding anniversary in 1997, the Queen described Philip as “quite simply, my strength and stay all these years.”

She said during a speech marking the anniversary that “I, and his whole family, and this and many other countries, owe him a debt greater than he would ever claim, or we shall ever know.”

Photos of Vivienne Westwood’s Career From the Fairchild Fashion Archives

He retired from public life four years ago, aged 96 although he attended certain public events from time to time. Philip would have turned 100 years old on June 10.

Ingrid Seward, editor in chief of Majesty magazine and author of “My Husband and I,” (Simon and Schuster), about the marriage of the Queen and Prince Philip, said at the time that the duke’s decision to retire was understandable.

She said he had to make a “supreme effort to get up in the morning and get dressed. He’s up at 5 a.m. for a 10 a.m. appointment and while he’s cosseted and has a lot of help, it still takes a lot of mental effort” to get going she said in an interview in 2017.

Seward said his retirement was a loss. “He will be sorely missed — he has contributed so much to the world,” she said, adding that he was one of the first public figures to warn about climate change and overpopulation, and to talk about the importance of environmental conservation. “He was way ahead of his time.”

The prince was a patron, president or a member of more than 780 organizations, and continued to support them after his retirement.

A navy man to his core, he stood with a ramrod straight posture as if always standing at attention, and was renowned for being tough, but also charming and sharp-witted.

He was famous for his offensive quips and indiscretions, once asking native Australians if they “still throw spears,” and jokingly warning British students they’d get “slitty eyes” if they remained too long in China.

He’s also had a very British talent for making fun of himself. Shortly before retiring, he attended Lord’s Cricket Ground in London to open a new stand and, according to the BBC, was heard making a joke that he was the “world’s most experienced plaque unveiler.”

During a royal lunch that same year a guest told the prince: “I’m sorry to hear you’re standing down.” The prince replied: “Well, I can’t stand up much,” the BBC reported. 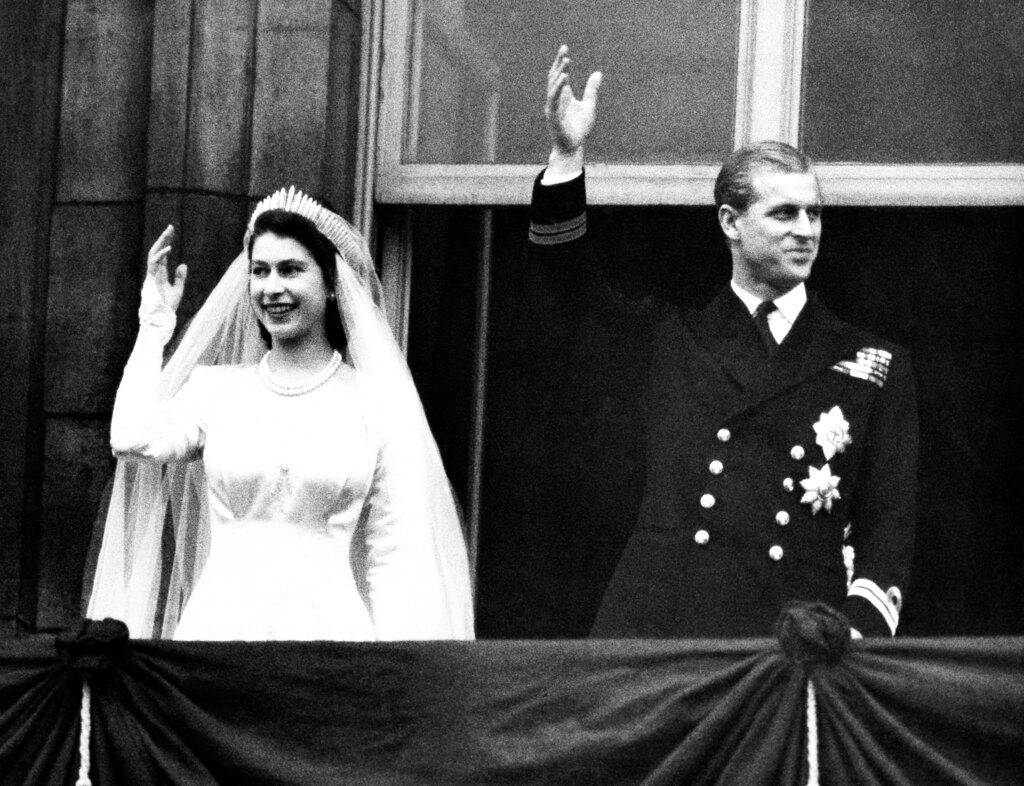 Philip, also known as the Duke of Edinburgh, married Elizabeth in 1947 and was the longest-serving consort in British history. AP

Peter York, the social commentator, author and consultant, said the perception of the duke evolved enormously in the public consciousness over the decades.

“He’s always been a very interesting and complex figure — and a rather glamorous one, too,” said York, whose books include “The Official Sloane Ranger Handbook,” its sequel “Cooler, Faster, More Expensive: The Return of the Sloane Ranger,” and most recently, “The War Against the BBC.”

Before he married Princess Elizabeth in 1947 (the couple marked their 70th wedding anniversary in November, 2017) he was considered, “The Catch, the handsome, well-connected young man,” among aristocratic and society ladies, according to York.

In an interview in 2017, York also pointed out that the public views of the prince were “distorted” for a while during the Princess Diana years (Philip — a master of discretion — didn’t get on well with the publicity-seeking Diana, who was beloved by the public), but now he’s seen as “clever old granddad.”

While he may be remembered for his controversial quips, the prince always knew how to behave in public, and to hang back with the sort of poise and grace befitting of a monarch’s consort.

A British Royal Navy officer in his youth, the prince learned early about discipline, restraint — and how to wear a uniform to best effect. His daytime uniform long featured spread-collar shirts — mostly white; a colored, striped or subtly patterned tie, and a jacket with a natural shoulder. The crease in his trousers was always pronounced and his pocket square white and straight like a piece of cardboard.

“One does not see him indulging in the sartorial high jinks of a Duke of Windsor, and he resolutely avoids fuss and unnecessary detail,” James Sherwood, author of “Savile Row: The Master Tailors of British Bespoke,” told WWD in a 2012 interview.

“You do not see clouds of silk exploding from his breast pocket. You will not see extravagant tie knots in rich patterns. The duke necessarily chooses sober and robust British cloths. Like the Queen, his choices are practical.”

His longtime tailor was John Kent, of Kent & Haste on London’s Sackville Street, off Savile Row. But while he may have a tailor on tap, the prince was known — like so many of the royals — for recycling his wardrobe.

In August 2008, just as the world was melting into the great financial crisis, he famously asked Kent — who was then working at Norton & Sons — to restyle a favorite pair of baggy herringbone trousers from the Fifties, making them narrower and more contemporary looking. 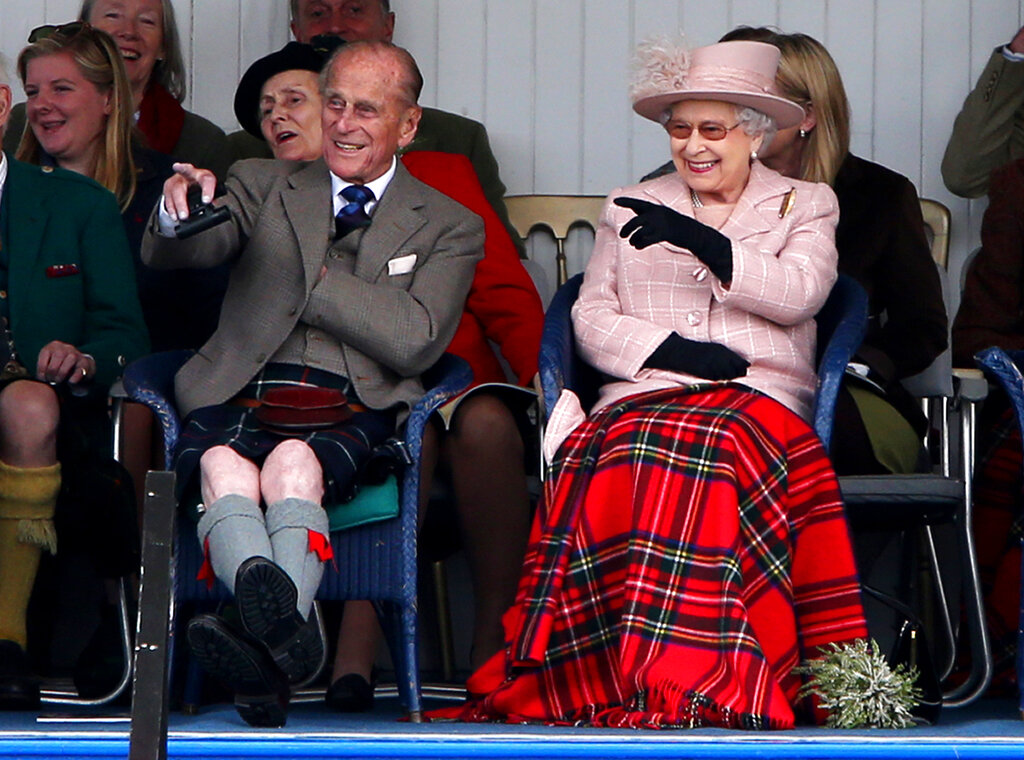 At military events, the prince often wore the same naval uniform he donned for his wedding to Princess Elizabeth in 1947. For new military attire, he turned to Kashket & Partners, who outfitted Prince William and the page boys at the latter’s wedding.

“His style is very English and classic — and it hasn’t changed for years. And he’s amazingly fit and slender,” said Seward in 2017.

The duke was also able to work a sporty weekend look with ease. He preferred cords to jeans, and was never without his waterproof gear, tweeds and flat caps for those blustery weekends at Balmoral in Scotland or sunny strolls on the grounds of Windsor Castle.

The prince’s retirement came at a time when many TV viewers were just getting to know him — well, at least his younger self — in the Netflix Original series “The Crown.” Those early episodes centered on Queen Elizabeth’s life, beginning in the Forties, when the Prince’s long and colorful royal career began.

What Will Become of Royal Exiles Harry and Meghan?

Hugo Vickers on the Monarch, the Mad Beauty and The Crown

A Life Less Ordinary: Prince Philip to Retire as He Turns 96