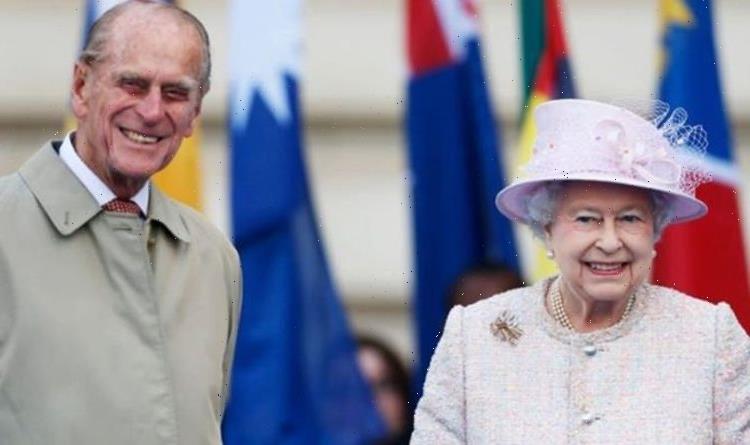 Prince Philip: Expert on Queen sitting alone at the funeral

Queen Elizabeth II, 94, paid tribute to her husband of 73 years and dedicated consort Prince Philip in a series of photos on social media. The Royal Family’s official Instagram post included seven previously unseen photos of the Duke of Edinburgh, many of them taken in Commonwealth countries.

The accompanying message honoured Philip’s dedication to the Commonwealth and highlighted the amount he travelled on behalf of the Crown.

The Royal Family post read: “The Duke of Edinburgh was committed to the #Commonwealth, meeting and connecting with people from every walk of life.

“Since 1949, His Royal Highness has: visited 70% of the world’s countries, visited 50 Commonwealth countries, made 229 solo visits, often to the most remote parts of the Commonwealth.

“His Royal Highness also had military affiliations in Australia, Canada, New Zealand and Trinidad and Tobago.” 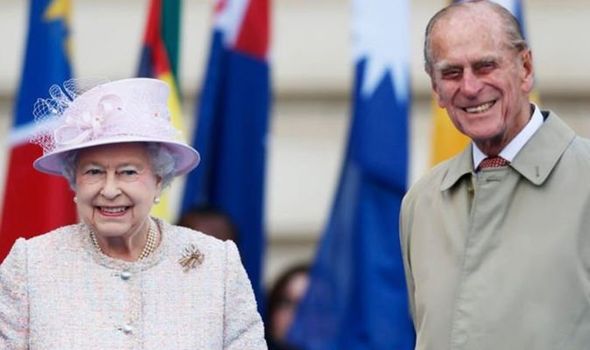 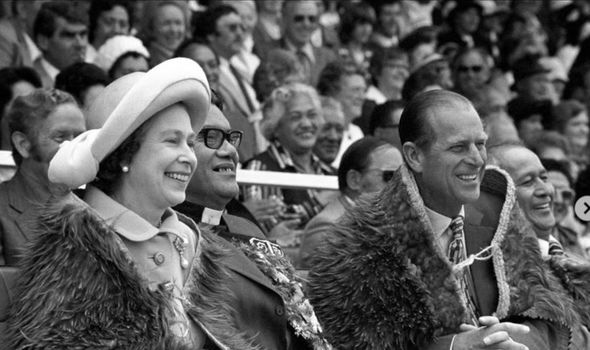 “In 1956, His Royal Highness founded The Duke of Edinburgh’s Commonwealth Study Conferences, bringing together emerging leaders from across the Commonwealth.

“The conferences have continued to this day, and over 10,000 people having participated in The Duke of Edinburgh’s leadership programs.”

Body language expert and author Judi James analysed the photos and message for Express.co.uk and shared her insights. 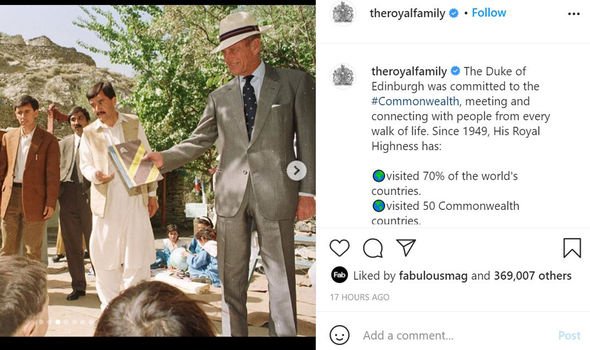 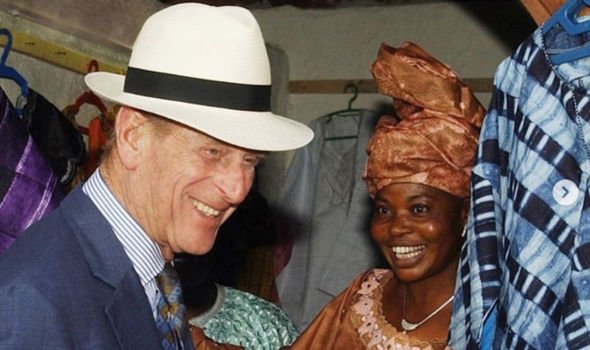 In reference to the message, Judi claimed the tone was more business-like than emotional.

She said: “This is a very different message as it reads more as a business CV than a personal or emotional tribute and it is laid out in purely logical terms, focusing on numbers and statistics rather than description.

“It seems composed to define and emphasise the global scope of the Duke’s influence and work and show his time spent as a world traveller.

“For younger generations used to global trips and adventures during pre-pandemic holidays and gap years, this list might not sound too impressive but for an older generation, the idea of this amount of world travel would be stunning when described numerically like this.”

Judi added: “There is a focus on the Duke’s links with the Commonwealth but also a general global focus that might impress anyone thinking that the monarchy’s reach ends at the cliffs of Dover.

The photos strike a more personal tone, however, with one showing the Duke and the Queen laughing at one another’s side.

Judi said: “Clearly someone with a logical leaning has been very busy in the palace when it comes to research but it’s probably the photos that accompany the numerical and statistical tribute that will have the lasting impact.”

Judi added: “These shots of the Duke smiling, chatting and engaging in more searching conversations with the public on his trips flesh out those numbers by showing the spirit that he showed as he did them.

“These poses define him as not just a ‘smile and wave’ royal but someone with more individual interest and engagement too.

“The photo with the Queen has probably been chosen to illustrate his role on joint tours.

“Sitting together we can see the Queen upright and regal but also happy and amused by what she is seeing.

“The Duke mirrors her laughter and her hand clasp to show empathy but he also leans in towards his wife to suggest quiet support and affection.” 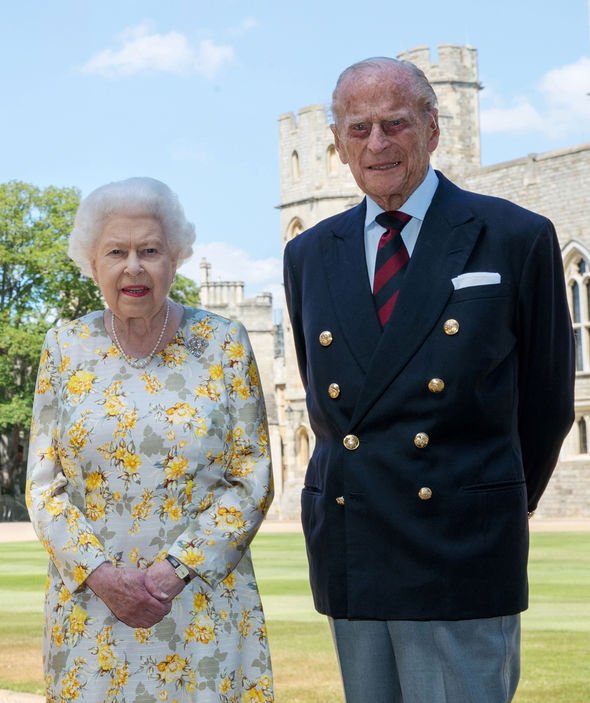 The Queen described Philip as her “strength and stay” and is said to be deeply saddened by his death.

Speaking to reporters in Windsor on Sunday, the Queen’s son Prince Andrew described how his mother had been hard hit by the loss.

Andrew said: “The Queen as you would expect is an incredibly stoic person.

“She described his passing as a miracle and she’s contemplating, I think is the way that I would put it.

“She described it as having left a huge void in her life but we, the family, the ones that are close, are rallying round to make sure that we’re there to support her.”

While the funeral will be attended by just 30 guests, the service will be broadcast on national television so Britons can tune in and watch.