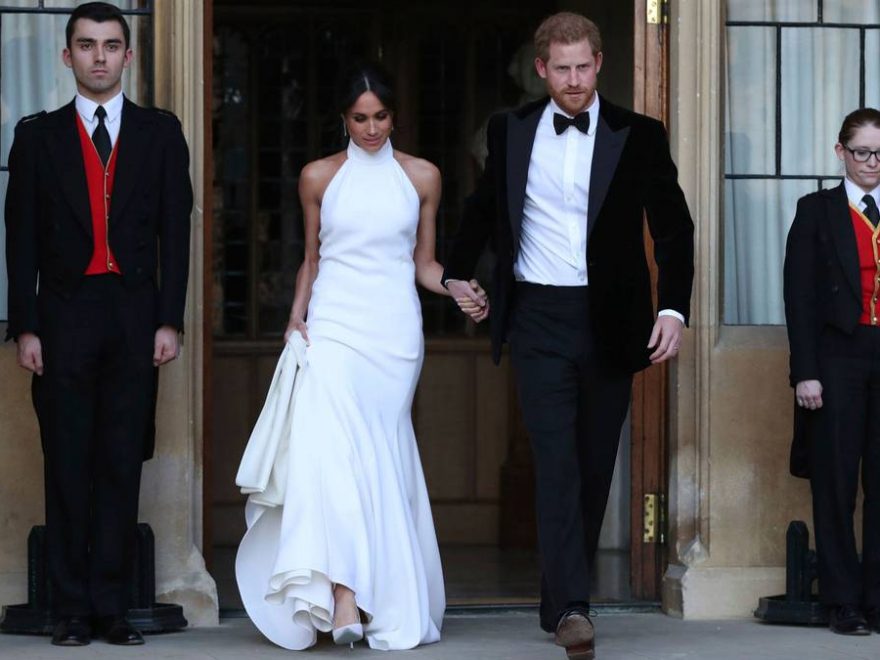 The Duke and Duchess’s “secret wedding” was an exchange of vows and not a legal ceremony as they claimed.

Prince Harry and Meghan suggested that they were married in their back garden by the Archbishop of Canterbury three days before their fairytale wedding.

In her interview with talk show host Oprah Winfrey, the Duchess said the wedding at St George’s Chapel at Windsor Castle on May 19, 2018 was a “spectacle for the world”.

However, the couple claimed that they decided to have their own private moment and married in their garden days before.

“Three days before our wedding we got married. The vows we have framed,” the Duchess said.

“We called the Archbishop, and we just said, ‘Look, this thing, this spectacle is for the world, but we want our union between us.”

The ceremony was “just the two of us in our back yard with the Archbishop of Canterbury,” the Duchess said, adding: “Just the three of us.”

The Duchess’s claim raised questions about the legality of their actual wedding at St George’s Chapel, portrayed to the wider world as the official ceremony.

Following the airing of the controversial interview on American network, CBS, on Sunday night, sources within both the Church of England and those working for the Sussexes moved to clarify that the vows presided over by the Most Rev Justin Welby in the garden did not constitute a legal marriage.

Instead, the “marriage” was merely a personal and private exchange of vows between the couple.

Sources told The Telegraph that they had simply wanted to recognise the moment with their own intimate ceremony, away from the eyes of the world.

It took place in the small garden of Nottingham Cottage, the snug, two-bedroomed property in the grounds of Kensington Palace where the Sussexes were living at the time.

“It was a small thing but something they were keen to do between themselves,” one source said.

“They exchanged their vows before the Archbishop in a personal, private ceremony but their official marriage was very much on the day of the royal wedding.”

On the day of the wedding, the couple said their vows before a congregation of 600, as well as millions watching on television around the world.

The Archbishop led the declarations, asking anyone present who knew a reason why they may not lawfully marry, to declare it now.

Following a reading from the Song of Solomon and an enthusiastic address by the Most Reverend Michael Curry, The Kingdom Choir sang Stand by Me before the couple exchanged their vows.

The then-Ms Markle did not promise to “obey” her husband, while the Prince broke with royal tradition by choosing to wear a wedding ring.

The Archbishop then proclaimed that they were man and wife, before the couple signed the register.

The Archbishop does not comment on neither personal nor pastoral matters, and has always kept the confidence of the Duke and Duchess of Sussex.

In accordance with Church of England rules, a marriage must be solemnized by a member of the clergy in a church, or in a place specified in a special licence, such as a cathedral, chapel, or hospital, and be in the presence of two witnesses.

Another source cast doubt on the claims that the couple had a secret wedding just days before they exchanged vows on live television to audiences around the world, saying that the Archbishop “probably just prayed with them”.

The Duchess made the comments regarding her marriage as the couple gave Ms Winfrey a tour of their residence in the United States.

They took her to their chicken coop which had a sign saying “Archie’s Chick Inn”.

The Duchess said it allowed them to “live authentically” and “get back down to basics”.