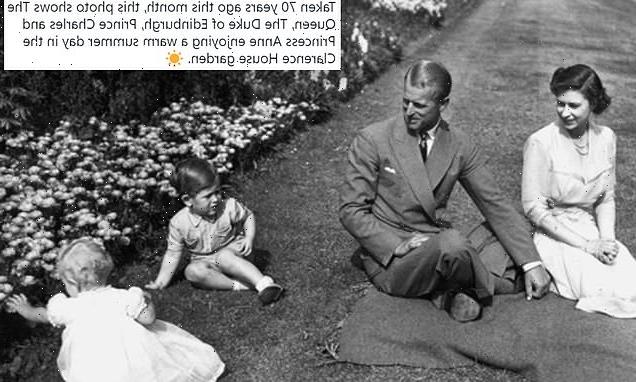 Prince Charles shares sweet family throwback photograph of himself enjoying a summer’s day in Clarence House garden with the Queen, The Duke of Edinburgh and Princess Anne SEVENTY years ago

The Prince of Wales shared a heartwarming 70-year-old throwback photograph of himself with the Queen, The Duke of Edinburgh, and Princess Anne enjoying a warm summer day in the Clarence House garden.

Prince Charles, 72, shared the black and white family photograph to Clarence House Instagram, where it has since garnered over 25,000 likes and hundreds of comments from royal fans across the globe.

In the sweet snap, the young monarch, donning a flowing dress featuring a lapel collar, can be seen sitting on a picnic blanket with her hands clasped in front of her, while her dapper husband, Prince Philip, who looks smart in a suit, joins her cross-legged.

The couple’s gaze is focused solely on their children, with Princess Anne reaching to touch the flowers on the bushes in the picturesque surroundings, while Prince Charles leans on his left hand as he looks at his parents. 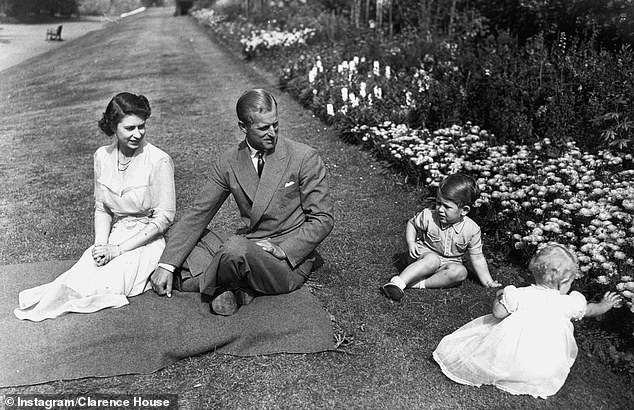 The Prince of Wales shared a heartwarming 70-year-old throwback photograph of himself with the Queen, The Duke of Edinburgh, and Princess Anne enjoying a warm summer day in the Clarence House garden

The caption shared alongside the photograph encourages Prince Charles and Camilla’s 1.5million Instagram followers to click a link to have a look around Clarence House – the official London residence of The Prince of Wales and The Duchess of Cornwall – using @googleartsculture.

It wasn’t long before royal fans took to the comments section to praise the sweet photograph, with many also pouring out tributes to the late Prince Philip.

‘What a beautiful picture,’ enthused one, while a second commented: ‘So heartwarming photo. I love your family to bits.’

A third added: ‘Wonderful photo,’ while a fourth penned: ‘The Queen is gorgeous.’ 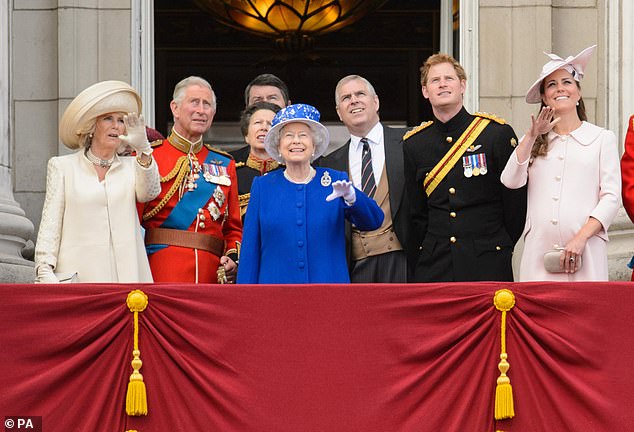 The Duchess of Cornwall, the Prince of Wales, the Princess Royal, Queen Elizabeth II, the Duke of York, Prince Harry and the Duchess of Cambridge on the balcony of Buckingham Palace, in central London, following the annual Trooping the Colour parade in 2013 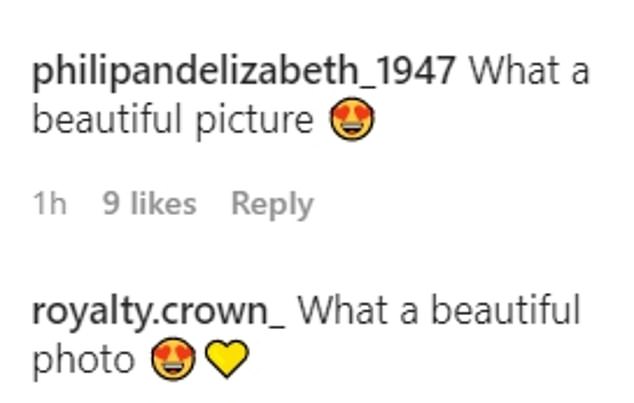 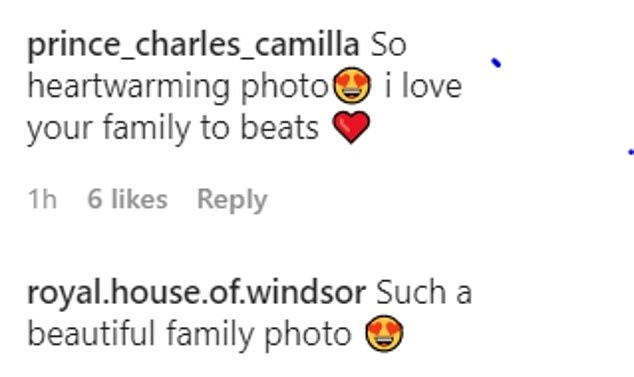 The Queen turned 95 just 12 days after the duke died and used her birthday to release a message thanking well-wishers for their tribute to Philip.

She said she and her family were in a ‘period of great sadness’ but were comforted by words of praise for the duke.

‘We have been deeply touched and continue to be reminded that Philip had such an extraordinary impact on countless people throughout his life,’ she added.