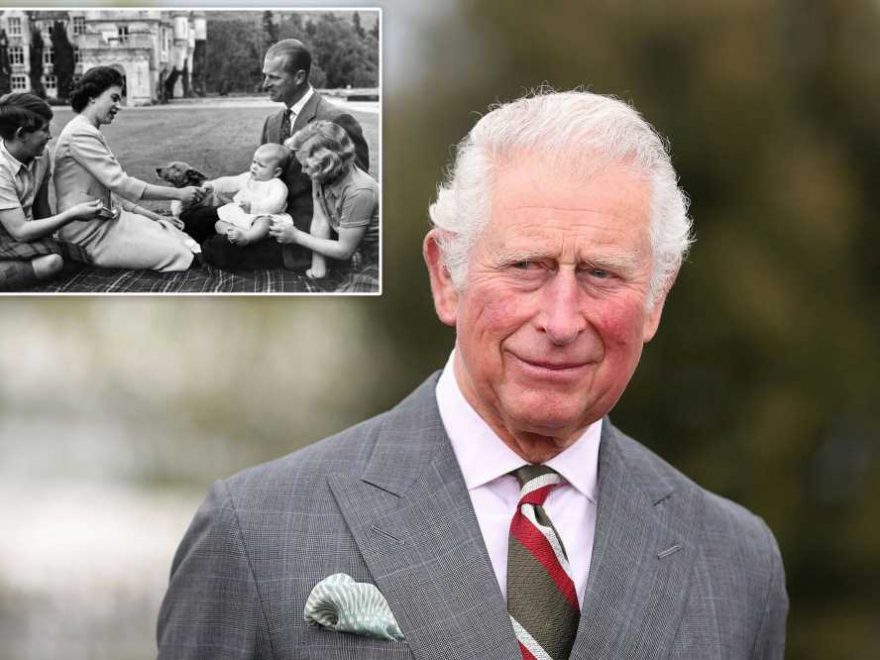 Prince Harry has been blasted for speaking out against his father Prince Charles’ parenting skills — but Charles also made it clear that growing up in the palace was no picnic.

Harry stunned royal watchers Thursday when he said he was caught in a “cycle” of “pain and suffering” growing up as a member of the British royal family.

As one palace source told Page Six following Harry’s lengthy interview with Dax Shepard on his podcast “Armchair Expert,” “It’s so tiring —stop whining about how awful your privileged upbringing was … and stop using your title if you are so miserable about being royal.”

Another insider joked: “We really should start calling him Henry Wales.”

However, when Charles, the heir to the throne, hit rock bottom following his separation from Princess Diana in 1992, he spoke out to Jonathan Dimbleby for an authorized biography.

The book painted a picture of a lonely little boy who barely saw his parents and was miserable after being forced to attend the same strict Scottish boarding school as his father, Prince Phillip. 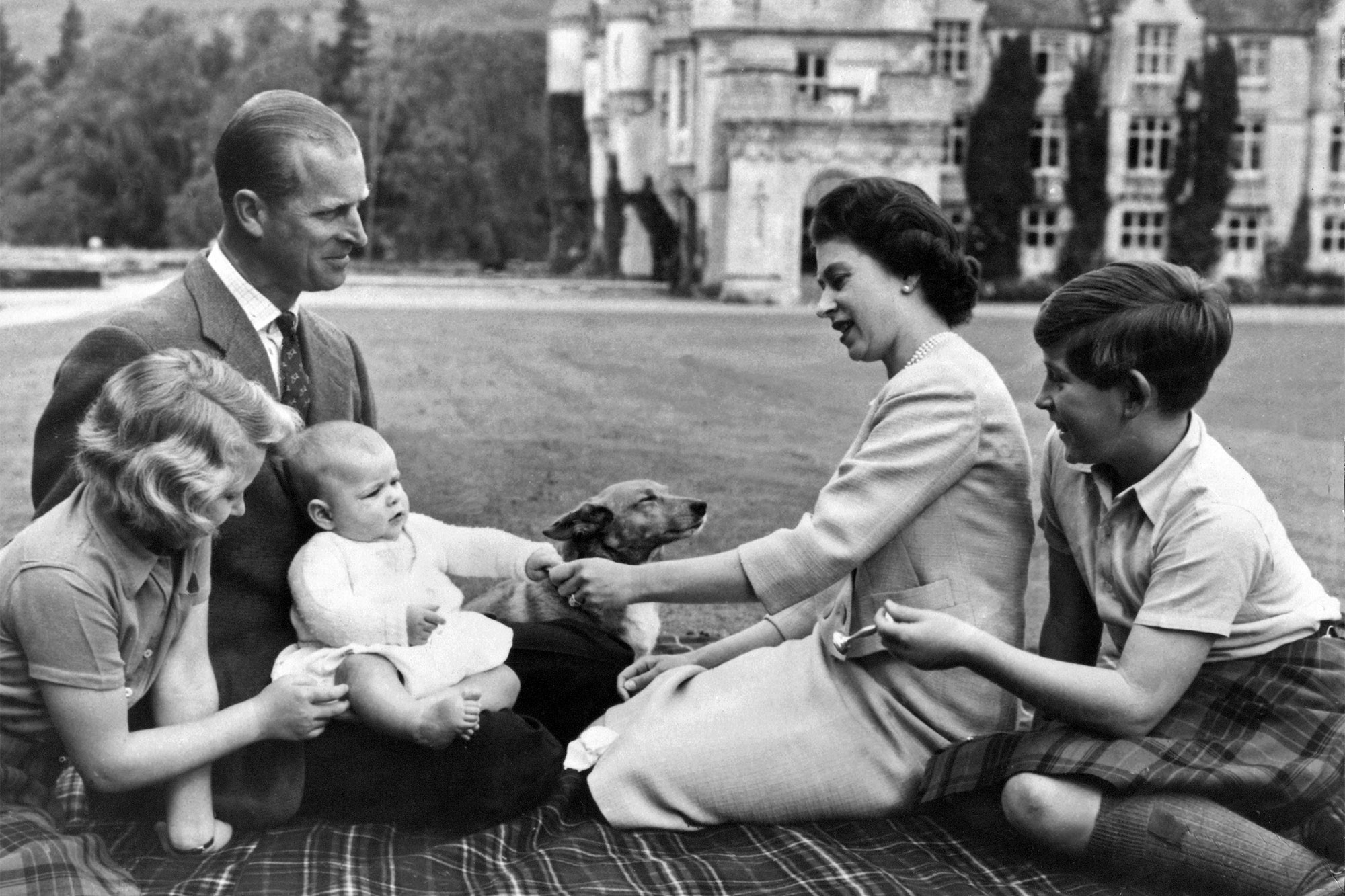 Dimbleby stated that both the Queen and Philip were emotionally distant.

As a child, Dimbleby wrote that Charles was “easily cowed by the forceful personality of his father,” whose rebukes for “a deficiency in behaviour or attitude… easily drew tears.”

Friends who spoke with Charles’ permission also described the Duke of Edinburgh, who died last month aged 99, as “belittling” and even “bullying” to his son. Charles was less harsh about his mother, whom he dubbed “not indifferent so much as detached.”

At age 20, Charles was asked whether his father had been a “tough disciplinarian” and if he had been told “to sit down and shut up,” Charles replied: “The whole time, yes.”

Asked as he was approaching his 21st birthday to describe the moment he first realized that he was heir to the throne, Charles made it clear that had also struggled with his life’s destiny — much as his youngest son later would. 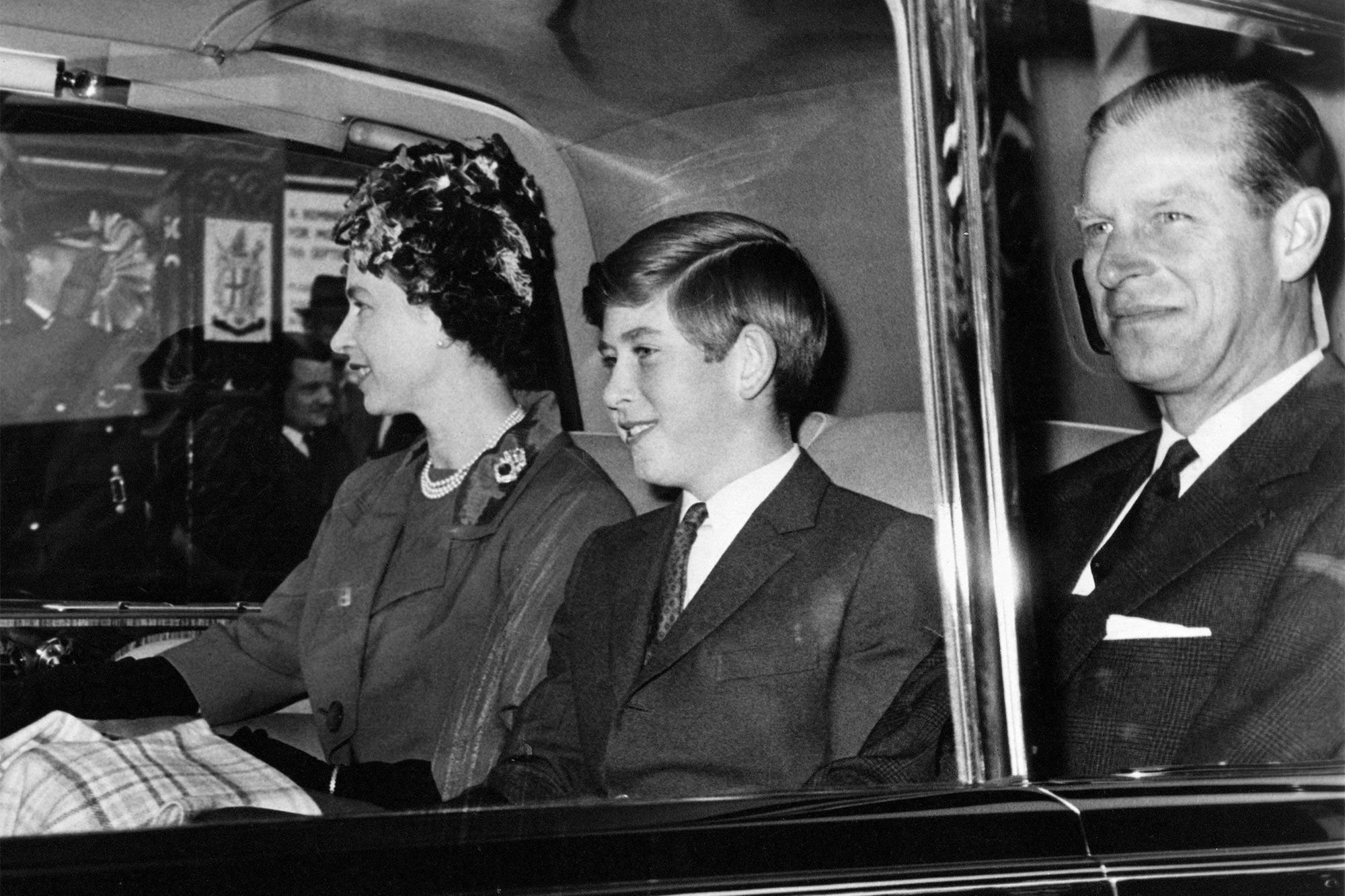 “I think it’s something that dawns on you with the most ghastly inexorable sense… and slowly you get the idea that you have a certain duty and responsibility,” he said.

The Queen’s firstborn, Charles Philip Arthur George, was born on November 14, 1948. Although he was born into privilege, the future king barely saw his parents as a toddler.

His mother was 22 when he was born, and as Princess Elizabeth, she travelled abroad on official trips or spent time with Philip, who was then an officer in the Royal Navy and stationed in Malta.

When she was just 25, she was crowned Queen following the death of her father, King George. 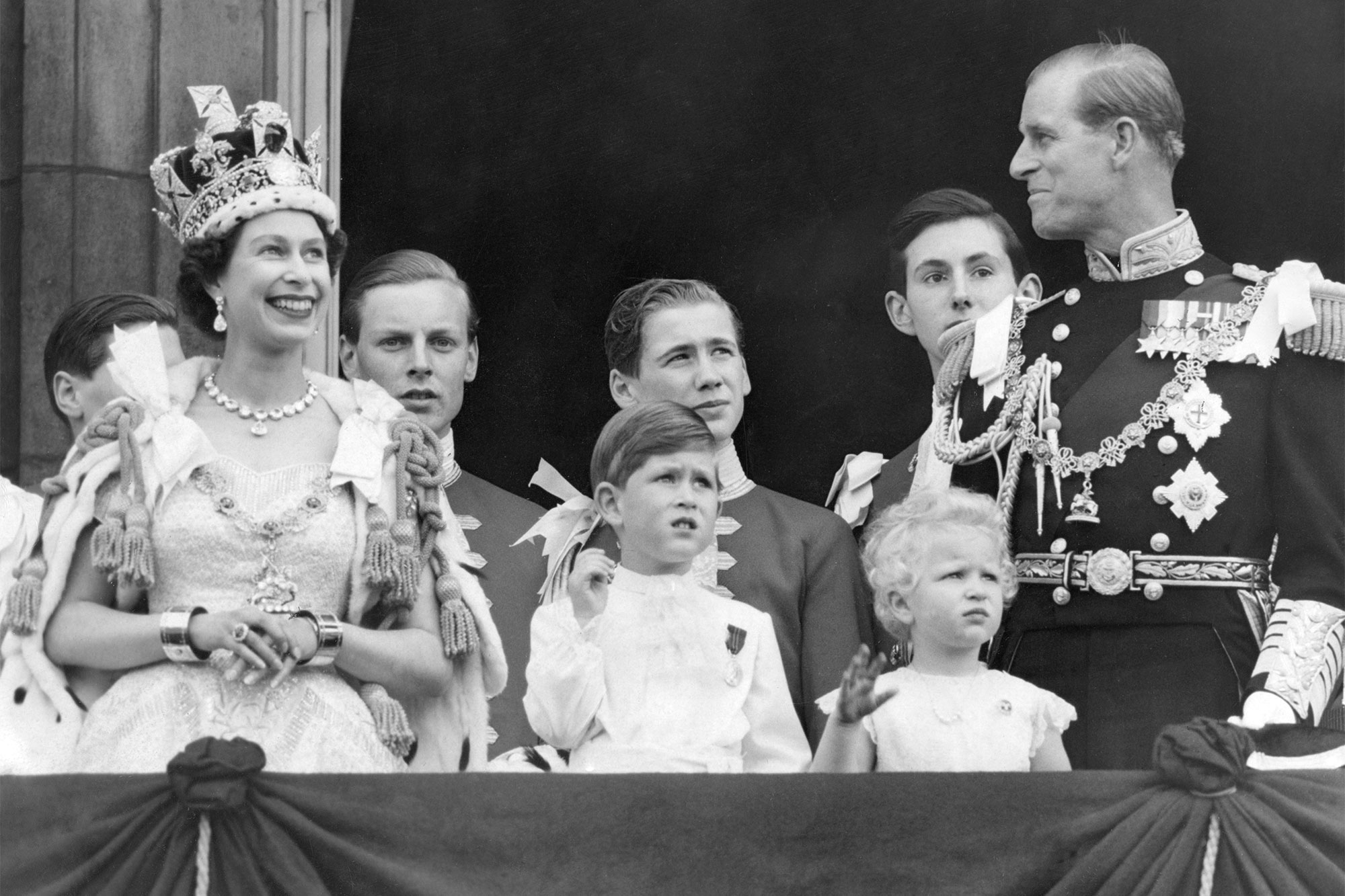 She wrote in Vanity Fair: “That lack of tactile connection was achingly apparent in May 1954, when the Queen and Prince Philip greeted 5-year-old Charles and 3-year-old Anne with handshakes after an absence of nearly six months on a tour of Commonwealth nations. Martin Charteris, Elizabeth’s onetime private secretary, observed that Charles ‘must have been baffled by what a natural mother-son relationship was meant to be like.’”

Among Dimbleby’s claims in his book, “The Prince of Wales: A Biography,” he said Charles was forced into his loveless marriage to Princess Diana by his father.

At the time, Philip responded by telling the Daily Telegraph: “I’ve never discussed private matters and I don’t think the Queen has either. Very few members of the family have.”

Charles tried to make amends in a TV documentary tribute to the Queen on her Diamond Jubilee in 2012.

Home movies depicted an idyllic childhood at the family’s country estates at Sandringham, in Norfolk, and Balmoral, in Scotland.

Talking to Shepard, Harry condemned the parenting style that has been passed down through the royal family, adding: “I don’t think we should be pointing the finger or blaming anybody, but certainly, when it comes to parenting, if I’ve experienced some form of pain or suffering because of the pain or suffering that perhaps my father or my parents had suffered, I’m going to make sure I break that cycle so that I don’t pass it on.” 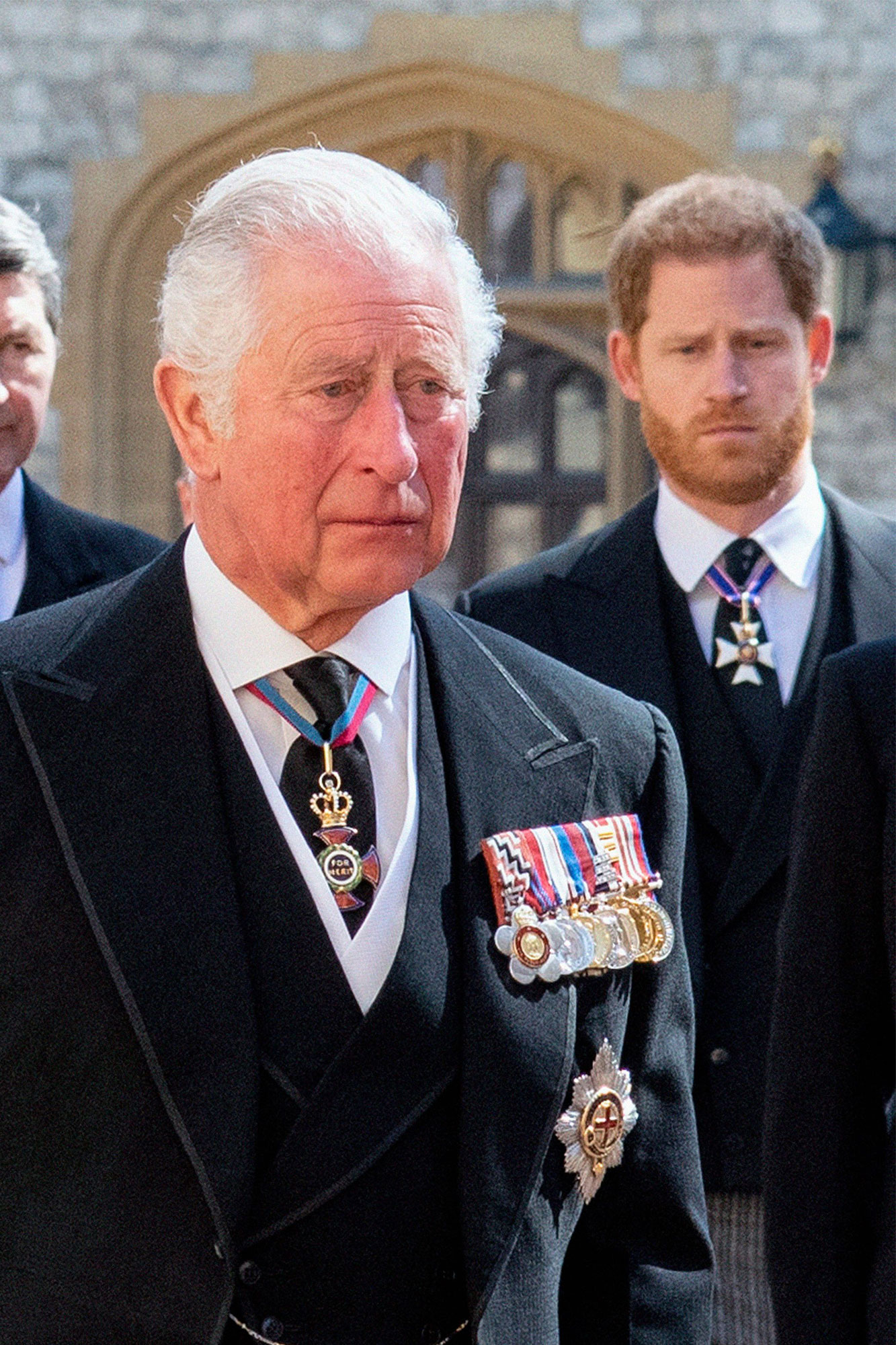 Ahead of the birth of his second child — a daughter — due to him and wife Meghan Markle within the next few weeks, Harry added: “It’s a lot of genetic pain and suffering that gets passed on anyway, so we as parents should be doing the most we can to try and say ‘you know what, that happened to me, I’m going to make sure that doesn’t happen to you.’”

“I never saw it, I never knew about it, and then suddenly I started to piece it together and go, OK, so this is where he went to school, this is what happened, I know this about his life, I also know that is connected to his parents so that means he’s treated me the way he was treated, so how can I change that for my own kids?” he said.

After telling Oprah Winfrey that his father and older brother Prince William were “trapped” within their royal roles in his blockbuster interview in March, Harry made it clear he does want to rebuild their relationship after he and Markle left the royal family.

He said: “I will always love him. There’s a lot of hurt that’s happened. I will continue to make it one of my priorities to heal that relationship.”