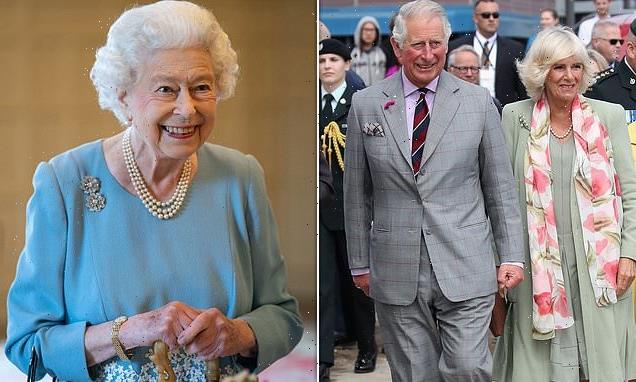 O Canada! Prince Charles and Camilla will visit Newfoundland, Labrador Ottawa and the Northwest Territories in May to mark Queen’s Platinum Jubilee

Prince Charles and Camilla will carry out an official tour of Canada as part of the Queen’s Platinum Jubilee celebrations.

Clarence House confirmed the Prince of Wales and the Duchess of Cornwall will visit in May and meet communities in Newfoundland and Labrador, in Ottawa in Canada’s Capital Region and in Yellowknife in the Northwest Territories.

Canada is the overseas country most visited by Her Majesty, having toured the nation 22 times in an official capacity. Charles, 73, has travelled to the country 18 times.

The Prince Of Walkes first visited in 1970 with Her Majesty and his late father Prince Philip and in 1991 toured Canada with Princess Diana and their sons Prince William and Prince Harry. 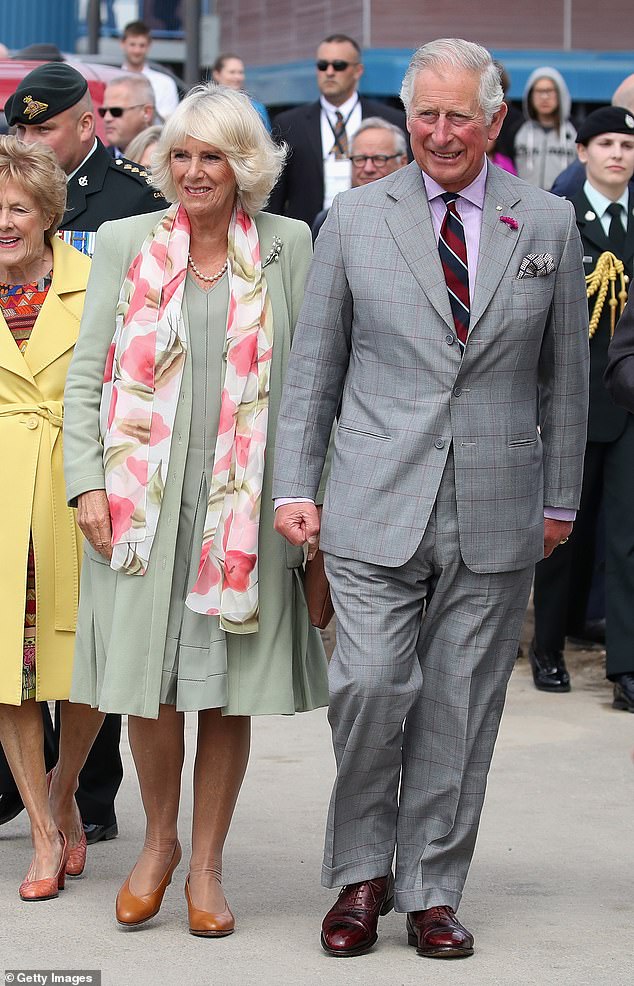 Prince Charles and Camilla will carry out an official tour of Canada as part of the Queen’s Platinum Jubilee celebrations. The couple most recently visited Canada in 2017 when the couple met Prime Minister Justin Trudeau and his wife Sophie to mark the 150th anniversary of the Canadian Confederation

Camilla, 74, has visited on four occasions, most recently in 2017 when the couple met Prime Minister Justin Trudeau and his wife Sophie to mark the 150th anniversary of the Canadian Confederation.

Mr Trudeau said in a statement: ‘This spring, Canada will have the pleasure of welcoming Their Royal Highnesses The Prince of Wales and The Duchess of Cornwall to Newfoundland and Labrador, the National Capital Region, and the Northwest Territories.

During their visit, they will have the wonderful opportunity of seeing first-hand the diversity and kindness of Canadians and the beauty of our abundant natural landscapes that make us proud to call our country home.

‘This year, Canadians and people across the Commonwealth are celebrating Her Majesty Queen Elizabeth II’s Platinum Jubilee, which marks the 70th anniversary of her accession to the Throne. 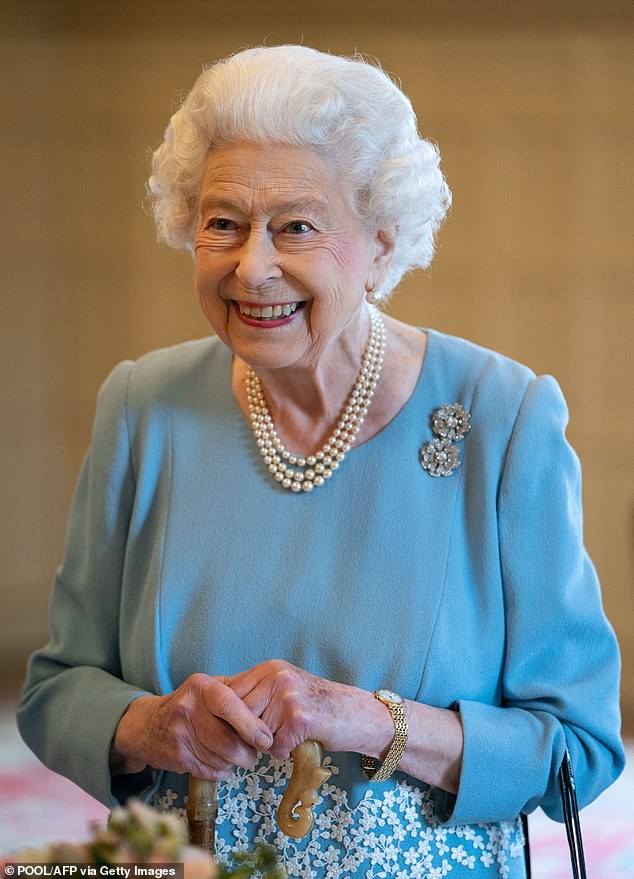 The royal visit is part of the line-up of celebrations to mark Her Majesty’s 70 years on the throne including, Trooping the Colour, a Service of Thanksgiving and a concert at Buckingham Palace

The Royal Tour, which coincides with this historic milestone, will be an opportunity for Their Royal Highnesses to take part in various initiatives to honour The Queen’s service and dedication to our country, and meet with inspiring Canadians who are making a difference in our communities.

‘On behalf of all Canadians, Sophie and I look forward to welcoming Their Royal Highnesses and showing them some of the many reasons why we take pride in being Canadian.’

The Duchess of Sussex lived in Toronto while filming TV drama Suits, but now lives in the US with the Duke of Sussex and their two children Archie and Lilibet.

Meghan and Harry initially stayed in Canada after announcing they were quitting as senior working royals, before moving to California.

Clarence House has yet to comment on whether the prince will visit the Sussexes during his trip across the Atlantic. 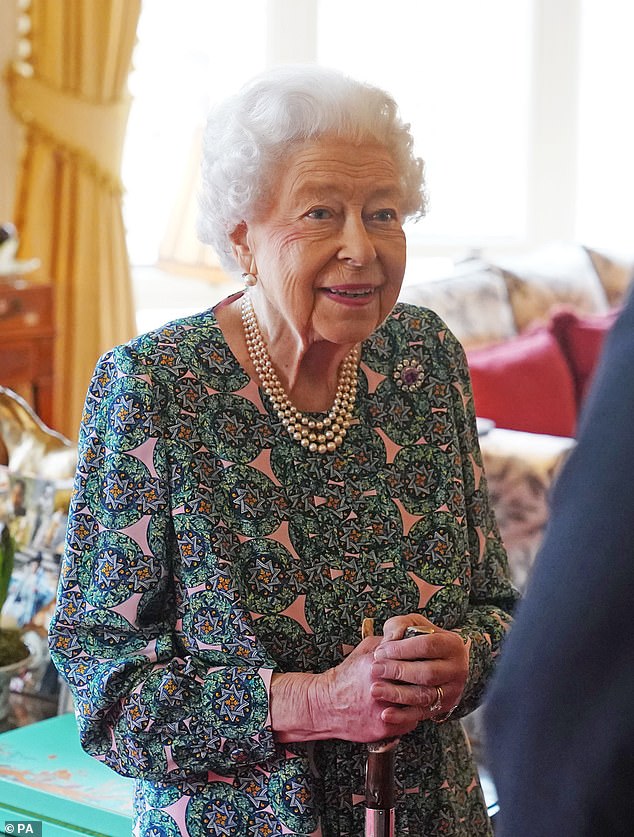 Her Majesty speaking during an audience at Windsor Castle, as national charities have said they will light community beacons to honour the Queen as part of her Platinum Jubilee celebrations in June

The royal visit is part of the line-up of celebrations to mark Her Majesty’s 70 years on the throne including, Trooping the Colour, a Service of Thanksgiving and a concert at Buckingham Palace.

A royal expert warned today that the ‘very tired’ Queen will limit her Platinum Jubilee appearances to ‘just a few’ events after battling covid two months ago and ongoing mobility problems.

Royal biographer Angela Levin said the Queen ’s presence at jubilee events will be limited due to her frailty.

She said: ‘It’s going to be very difficult and I think they will only show her in a few instances, maybe at the service at St Paul’s. That will be very important to her because she is a Christian.

‘I don’t think we’ll see her around and about. Maybe she’ll be well enough to sit and watch horses. It won’t be her, everywhere. But if she is there, she will appreciate the fact the public will be wanting to be there and supporting her.

‘I imagine that the aides are worried that if the public don’t see her, people may think that if she’s not there it’s not worth us going.

‘I’m sure everyone in the Palace hopes that people will turn up to show their respects and say thank you for an extraordinary reign both in length and in breadth’.