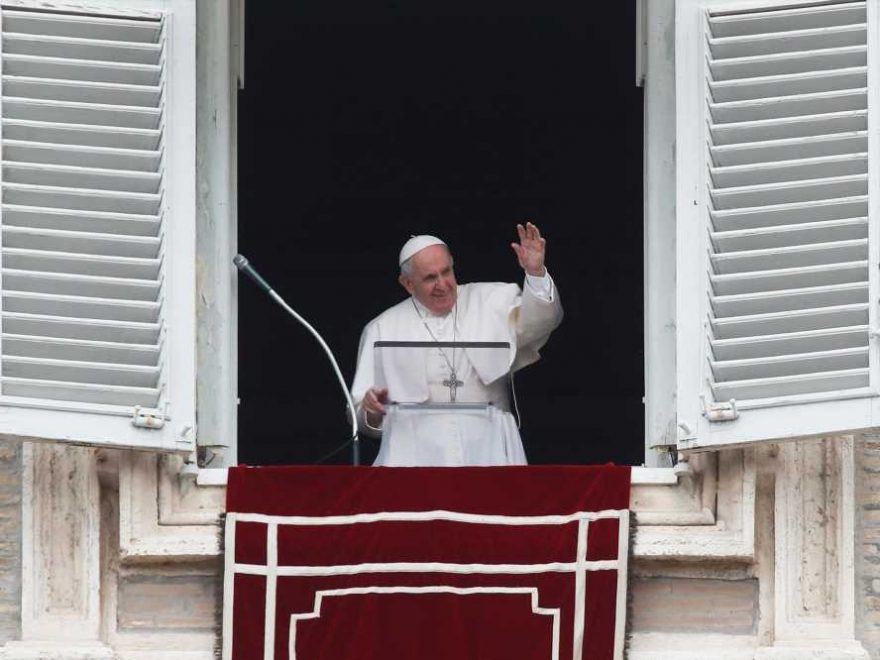 ROME — Pope Francis challenged the Vatican’s own media employees Monday to essentially justify their continued work, asking them how many people actually consume their news in a critique of the office that costs the Holy See more than all its embassies around the world combined.

Francis visited the Dicastry of Communications, Vatican Radio and the headquarters of the Vatican’s newspaper, L’Osservatore Romano, which is marking its 160th anniversary. He appeared to use the occasion to lay down the gauntlet at a fraught financial time for the Holy See.

Facing a major pension funding shortage and a projected $61 million deficit this year, Francis has ordered salary cuts from 3% to 10% for senior Vatican employees, both lay and religious, and paused seniority bonuses for two years.

Francis has vowed not to fire anyone to offset the economic crisis created by COVID-19 and the pandemic-related shuttering of one of the Holy See’s main sources of revenue, ticket sales from the Vatican Museums.

But in a warning of sorts to the Vatican communications staff, he opened his unscripted remarks Monday with a pointed question.

He said their work was good, their offices nice and organized, but that there was a “danger” that their work doesn’t arrive where it is supposed to. He warned them against falling prey to a “lethal” functionality where they go through the motions but don’t actually achieve anything.

The cost-benefit question of the Vatican’s in-house media operations has been posed many times, since the communications office consumes more of the Holy See’s annual budget than any other department. According to the latest figures, the Dicastry for Communications had a $52.5 million budget for 2021, around 20 percent of the whole.

Its expenses are are greater than the combined expenses of the 10 smallest Vatican departments.

The Vatican has long justified the costs because its communications operations are at the core of the Holy See’s main mission: to communicate the Catholic faith to all corners of the globe.

To answer Francis’ question about who consumes Vatican media, the Holy See press office provided some data: Vatican Radio is transmitted by 1,000 radio networks worldwide. L’Osservatore Romano says it is seen by 21,500 readers each day via its printed and online version, though that figure rises to 40,000 if its different language editions distributed by dioceses are taken into account.

Vatican News, the main online news portal of the Holy See, averages around 21 million page views per month, though it was unclear if those are unique page views.

The cuts Francis has imposed across the board have sparked a minor revolt among Vatican employees. They penned a blistering open letter May 20 expressing their “dismay and profound discouragement” at salary cuts, lack of overtime and uncompensated increased workload, which they said didn’t conform to the Catholic Church’s social doctrine.

They lamented in particular the great disparities in pay and benefits, especially for some lay managers and outside consultants on whom the Holy See relies heavily to oversee and clean up its finances.

“One cannot ignore the economic difficulties that families are today called to confront as a result of the pandemic,” they lamented in asking for a meeting to discuss their concerns.