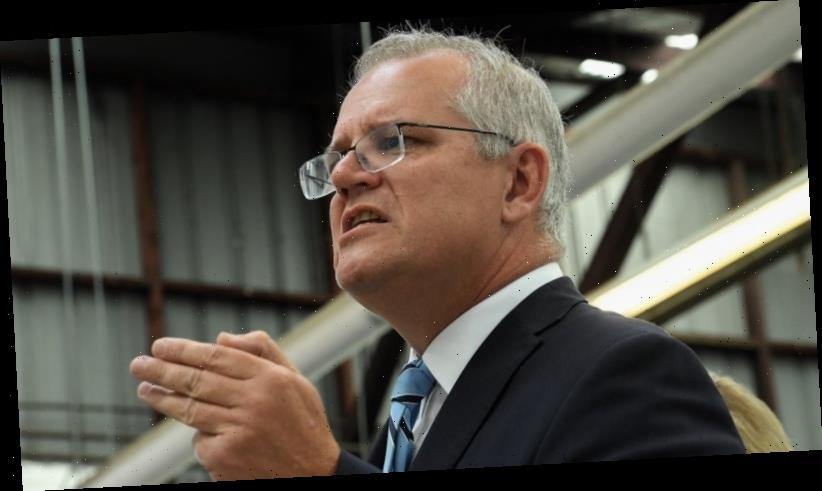 Prime Minister Scott Morrison has defended the speed of the national COVID-19 vaccination rollout as he confirmed Australia would continue to use the AstraZeneca vaccine.

Mr Morrison said Australia would not follow the handful of countries that had paused the use of the AstraZeneca vaccine after reports of blood clots in a handful of people who received doses from the same batches. 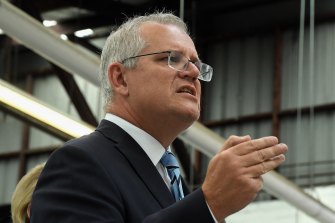 Prime Minister Scott Morrison conceded the rollout would not be complete by October.Credit:Kate Geraghty

“The AstraZeneca COVID-19 vaccine is effective, it is safe, and it’s a high-quality vaccine,” Professor Kelly said.

Mr Morrison confirmed on Friday not everyone would have received their second dose of a COVID-19 vaccine by the end of October, as the government had initially planned. Health officials on Thursday told a Senate inquiry some Australians may have to wait until early next year for their second shot due to supply problems.

Delays in international shipments of both the Pfizer and AstraZeneca vaccines had disrupted the start of the rollout, Mr Morrison said, adding that about 150,000 people would have been vaccinated by the end of the week.

“We were supposed to get, and contracted to get, 3.8 million AstraZeneca vaccines in these early weeks. We’ve got way less than that – 700,000,” he said.

“We said many, many months ago, in fact about a month ago in particular, that we would hope to get in those early phases to around 80,000 a week. Now, we are getting up to those levels now as we conclude our third week.”

Opposition health spokesman Mark Butler said the government’s vaccination strategy was “fast becoming a complete mess”, with the country falling behind its goal of having all 678,000 people in phase 1a vaccinated within six weeks.

“More than 99 per cent of Australians have not even received their first dose,” he said in Adelaide on Friday.

“Millions of doses are being delivered around the world every single day and yet here we can only manage about 50,000 every week at the moment – that’s simply not good enough.”

US President Joe Biden announced the country had secured enough doses to vaccinate the entire population by the end of May. The UK had as of Thursday night vaccinated roughly half the adult population, which is about 25 million people.

Australian health authorities have spoken with their European counterparts following the death of a small number of European patients from blood clots after they received the AstraZeneca vaccines.

Countries including Denmark, Norway and Iceland temporarily suspended use of the vaccine and Thailand later followed suit.

But the European medicine regulator said there was no evidence so far to link the AstraZeneca vaccination to the cases. Professor Kelly said the action taken by those countries was precautionary.

“Safety is our first priority and in a large vaccine rollout like this, we need to monitor carefully for any unusual events so we will find them,” he said.

“This does not mean that every event following a vaccination is caused by the vaccine … But we do take them seriously and investigate.”

Associate Professor Nicholas Wood, leader of the NSW Immunisation Specialist Service and a researcher at the National Centre for Immunisation Research and Surveillance, said AstraZeneca’s clinical trials and animal tests did not reveal any increased risk of blood clots.

He said, on current evidence, there was no case for Australia to suspend its rollout.

“British regulators are happy. Europe is happy. It’s being watched. Let’s see what happens over the course of the investigation.”