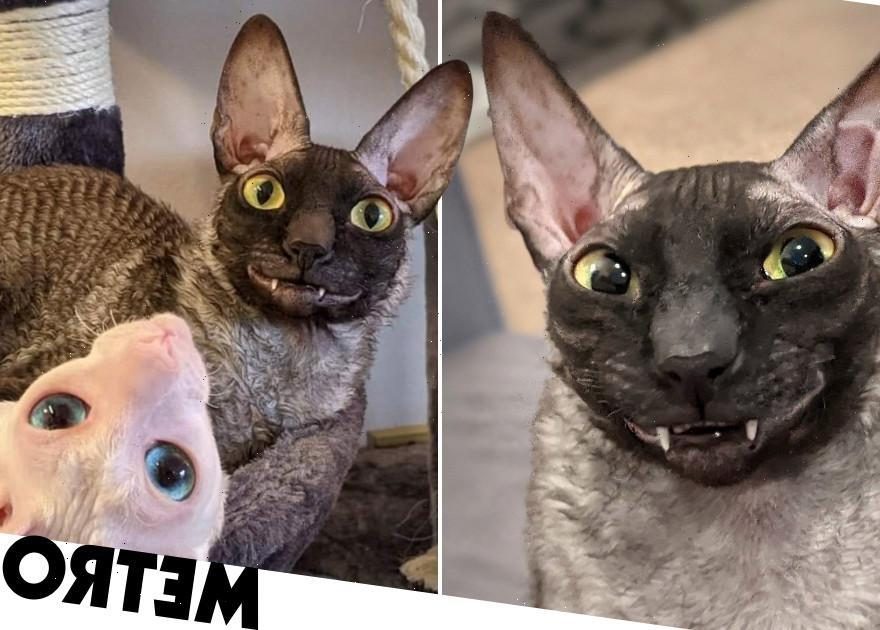 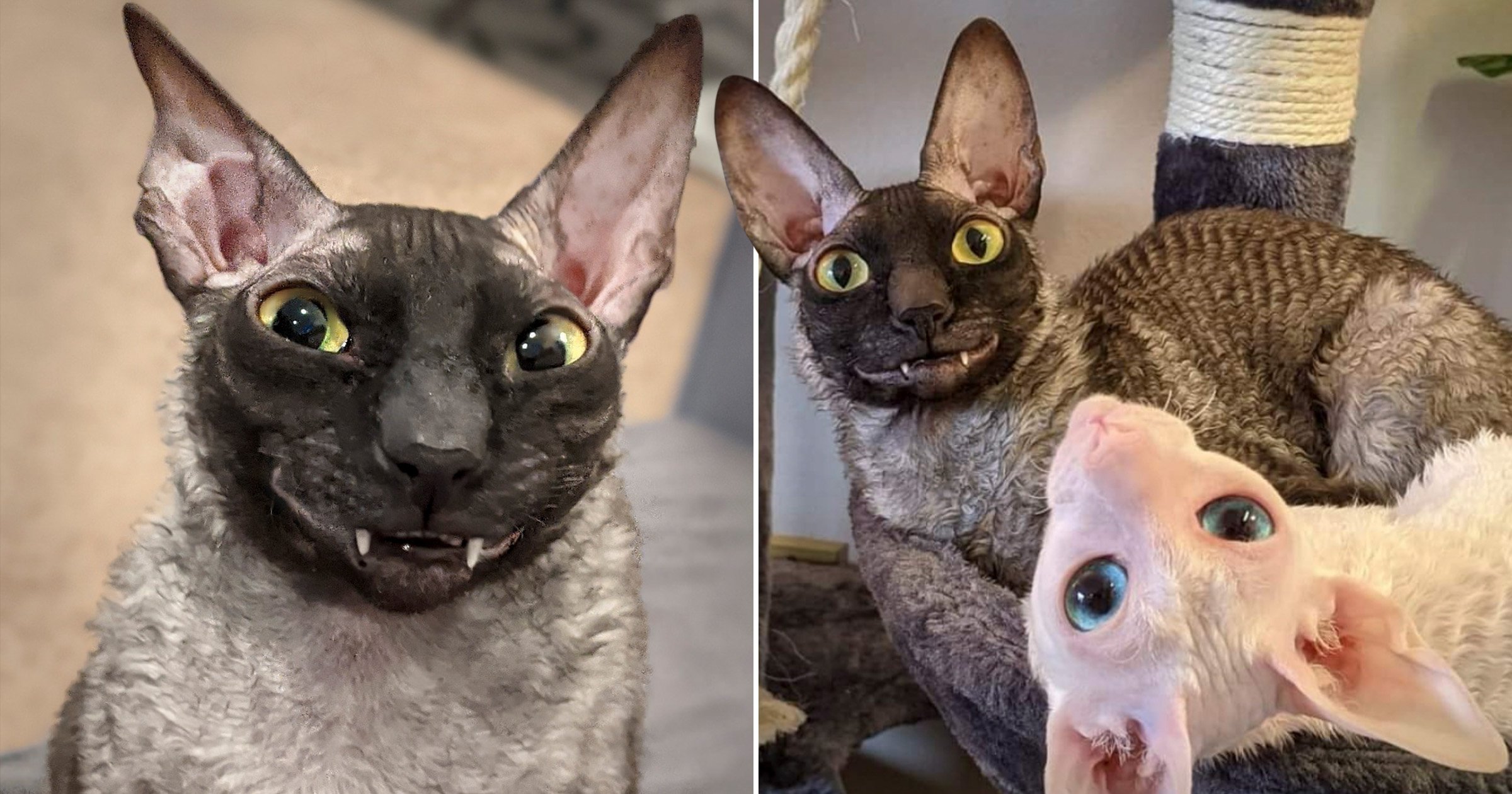 A sweet Cornish Rex cat has amassed thousands of fans online thanks to his unique looks.

Pixel, two, from Green Bay, Wisconsin, has very big eyes, slightly protruding fangs and often has a cheeky grin on his little face.

Owner Alyson Kalhagen has been taking photos of Pixel and his funny faces, which has helped the cat gain thousands of followers.

Alyson said: ‘Pixel has always had a clownish personality, he has tons of energy and is very adamant about being involved with anything the family does, whether it’s watching TV or playing fetch.

‘I noticed when he was about a year old that he makes some really hilarious faces sometimes, so I started documenting them in my photos online.

‘I soon found out that he really enjoys modelling!’

However, not even lovely Pixel is immune from negativity online.

During the past year, Alyson has received messages from people seemingly convinced that the little guy is actually a demon in a cat’s body.

Alyson said: ‘Some guy claimed he was an exorcist and that Pixel was possessed by a demon, and he was controlling his body with his power.

‘I totally ignored that message, Pixel is not possessed, he’s really just a sweet and unique-looking cat, and most people on the internet seem to think that too.’