A photographer is encouraging boys who want to dress up as princesses to embrace those dresses and tiaras with her new photo campaign, which challenges gender norms and promotes self-acceptance.

As a ‘princess performer,’ Kitty Wolf from Chicago, Illinois has heard countless boys told that princesses are ‘just for girls’ and that liking princesses made them ‘weak’ or ‘inferior.’

So earlier this year, she launched the Boys Can Be Princesses, Too project, in which she photographs young boys dressed up as princesses alongside grown-up princess performers to challenge the idea that boys should be ashamed to like anything that isn’t ‘manly.’ 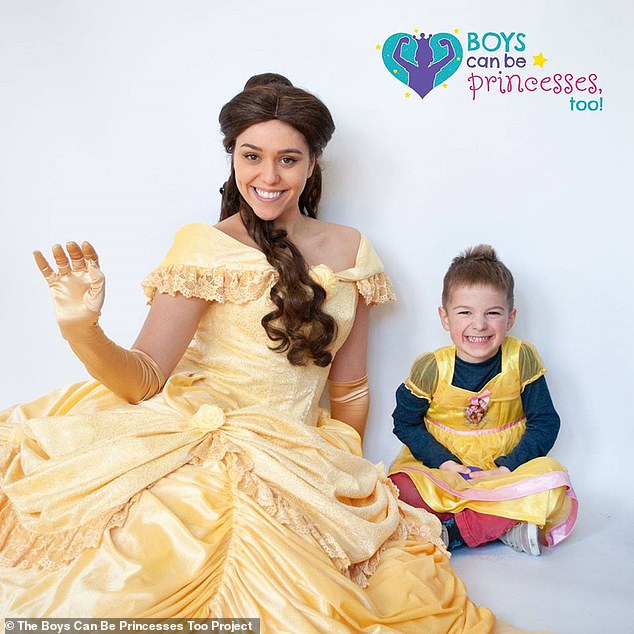 Inspired: Kitty Wolf from Chicago, Illinois, started her Boys Can Be Princesses, Too project to promote acceptance of any gender dressing up 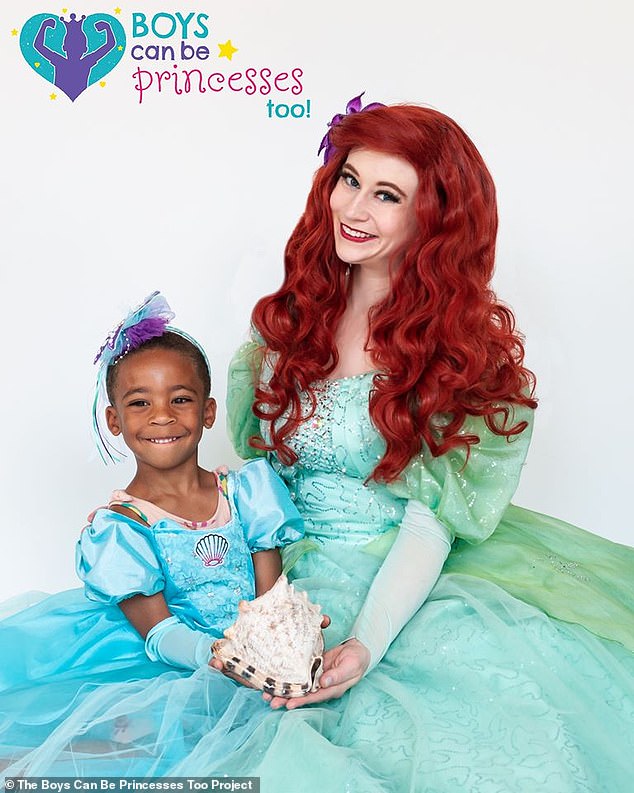 Past work: The photographer previously worked as a preschool assistant before launching the project, which encourages boys to dress up how they want 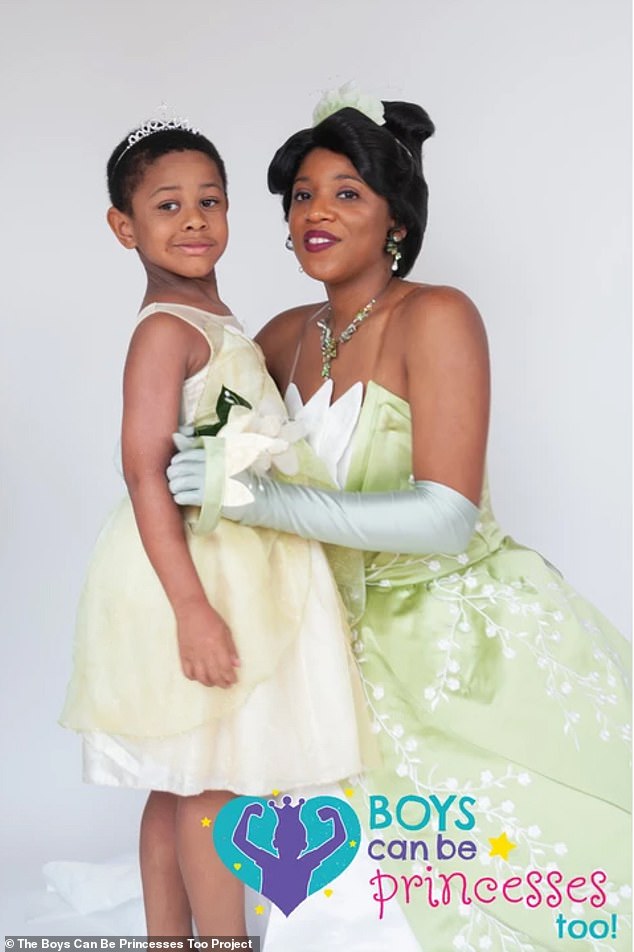 The beginning: She got the idea after hearing two female students tell one little boy he was not allowed to dress up like a princess because of his gender 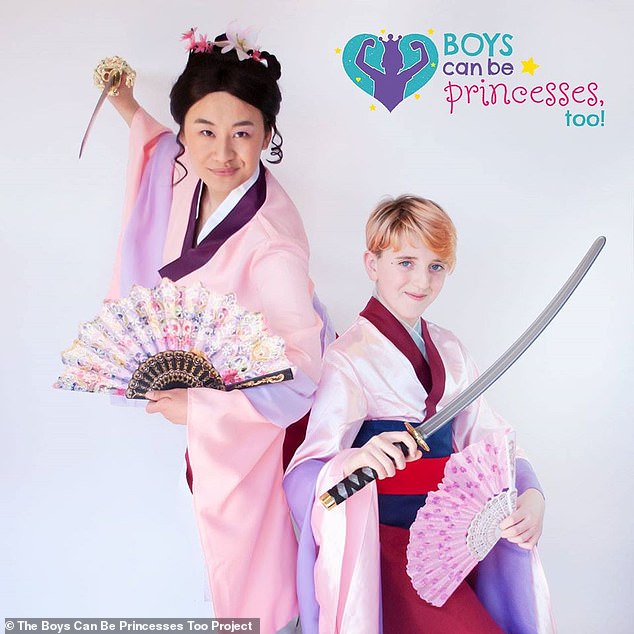 Her message: ‘Putting on a princess dress doesn’t make a boy a girl anymore than putting on a shell makes them a real ninja turtle,’ Wolf said

‘I have seen boys being told that princesses are “just for girls” or that liking princesses and especially dressing as one somehow makes them weak, inferior or not boys,’ Wolf explained on her website.

‘They’re told it’s not manly, or macho, or normal. This leads boys to feel ashamed of their interests, confused, sad, and lonely.’

She went on to argue that putting on a princess dress should not have to signify what gender a child is, only that they want to experience the ‘magic’ and ‘beauty’ of the character.

‘Putting on a princess dress doesn’t make a boy a girl anymore than putting on a shell makes them a real ninja turtle,’ Wolf continued.

She was inspired to start the project after working as a preschool assistant.

During one her classes, she overheard female students telling one young boy he was not allowed to pretend he was a princess because he was a male.

‘Now, we wouldn’t stand for it if a boy told those girls they couldn’t play as ninja turtles or something because they’re “just for boys,” so why do we do it for boys? That idea sat around in my head for a while,’ Wolf told Bored Panda.

Wolf also owned a princess party company at the time, and would dress up as princesses to perform at events for children.

She decided to combine her photography skills with her collection of costumes to photograph boys dressed up.

Originally, Wolf thought the idea would only be a fun photoshoot to share on Facebook, but then it gained attention from more and more people.

‘I had no idea it would blow up to be what it is now. I’ve since closed my princess party company though, so I can focus on other things, such as projects like this,’ she said.

Wolf said her favorite part of the project was actually getting to do the photoshoot with each of the young boys who wanted to dress up as a princess. 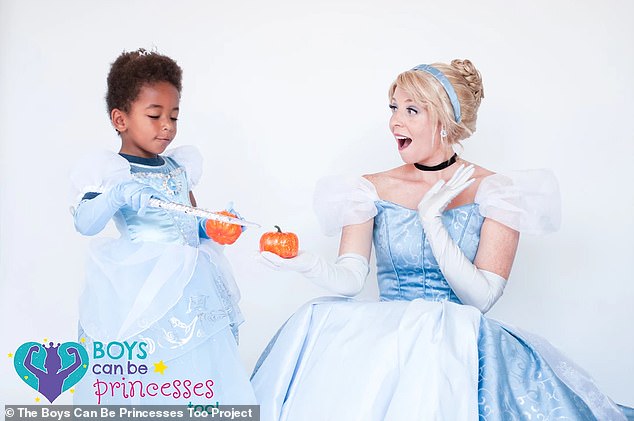 Having fun: Most of the photos will show candid moments of the boys playing with the princesses during the shoot 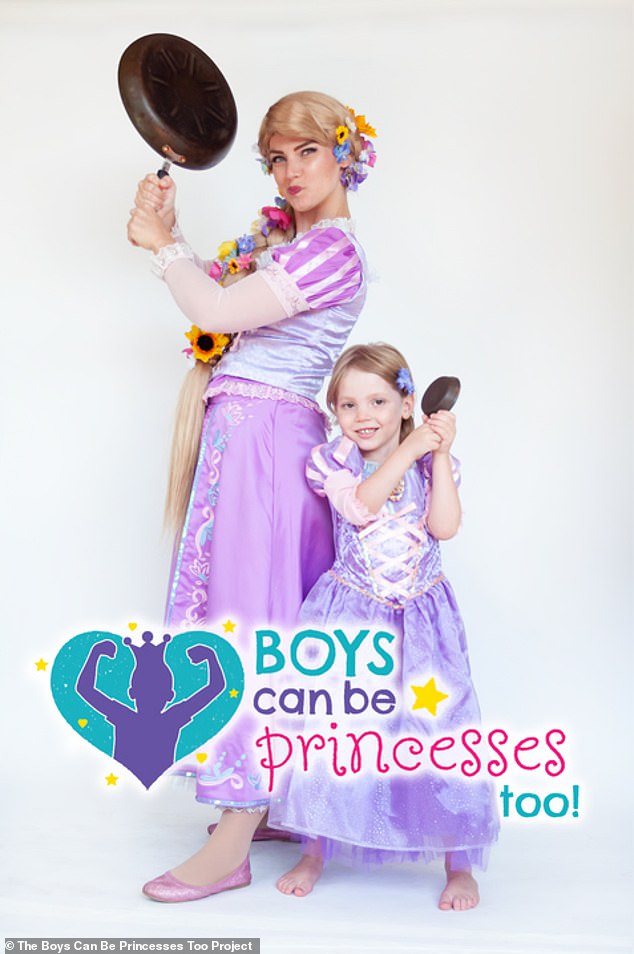 Strike a pose: Wolf will also bring in props that relate to the character 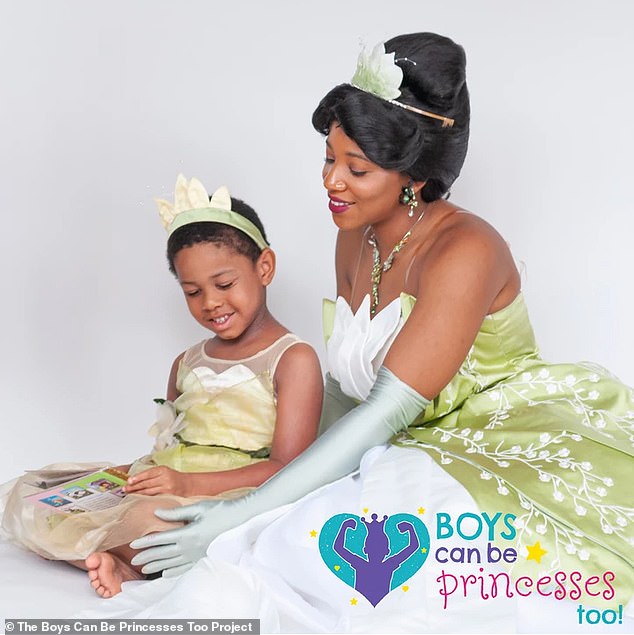 Her vision: ‘I wanted to capture their pure joy as well, so many of the shots you see in the gallery are all candid as the kids hung out and played with their new friend,’ she said 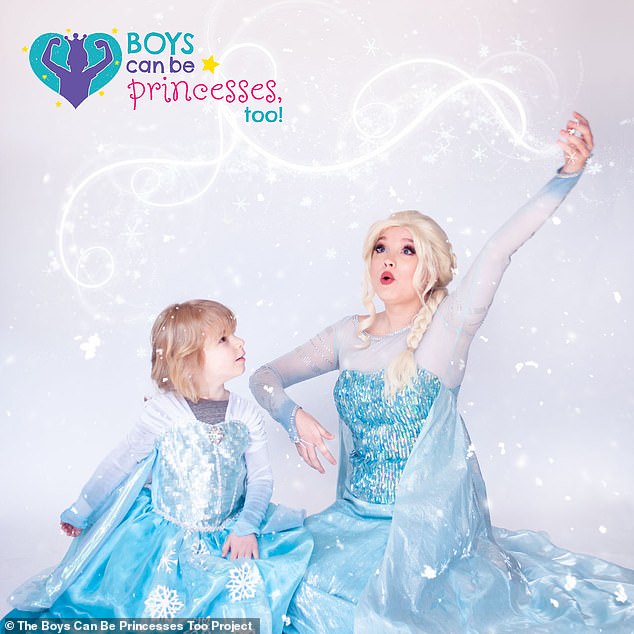 Focusing on the positive: Wolf said some commenters hate on the photo shoots, but this only inspires to keep promoting the project

She collaborated with actual princess performers, who remained in character the entire time to make it a magical experience for the children.

‘So not only did they get to participate in a meaningful project, they got to hang out with one of their favorite characters,’ she said.

‘I wanted to capture their pure joy as well, so many of the shots you see in the gallery are all candid as the kids hung out and played with their new friend. There was just so much happiness at those photo shoots, I hope it comes through in the photos.’

Not only were the photoshoots fun for the children, but they also received positive reactions from people online.

Some people confessed they wished a photo shoot like that was around when they were children, Wolf said.

Wolf has also experienced hateful comments about the photo shoots from people who are unhappy with young boys dressing up as princesses, but she chooses to ignore the hate.

‘All they do is inspire me to keep going,’ she said. ‘As long as there is hate, I know this project is needed, so I won’t stop until the hate stops.’