Peyton Elizabeth Lee stars in the all-new series ‘Doogie Kamealoha, M.D.’ and spoke with HL EXCLUSIVELY about playing a doctor with a ‘double life,’ Lahela’s upcoming struggles, and more.

Peyton Elizabeth Lee is graduating from middle school to the emergency room. She stars as Lahela “Doogie” Kamealoha, a 16-year-old prodigy juggling a medical career and life as a teenager in Doogie Kamealoha, M.D. The Disney+ series, premiering September 8, is inspired by the beloved comedy Doogie Howser, M.D. HollywoodLife spoke EXCLUSIVELY with the Andi Mack alum about relating to Lahela’s balancing act.

“I think the thing that originally drew me to the project and to the character of Lahela is her needing this double life,” Peyton told HollywoodLife during the show’s press junket. “Obviously, I don’t know what it’s like to be a doctor, but as an actor and working professionally at such a young age, I do know what it’s like to sort of feel like a fish out of water and deal with what it is to be growing up in an adult world, those adult responsibilities and the pressures, and navigating that while also navigating a normal teenage experience. I think Kourtney approaches tackling that duality from a perspective that felt very truthful to my experience, and I just very immediately connected with the material and really wanted to be a part of the show.” 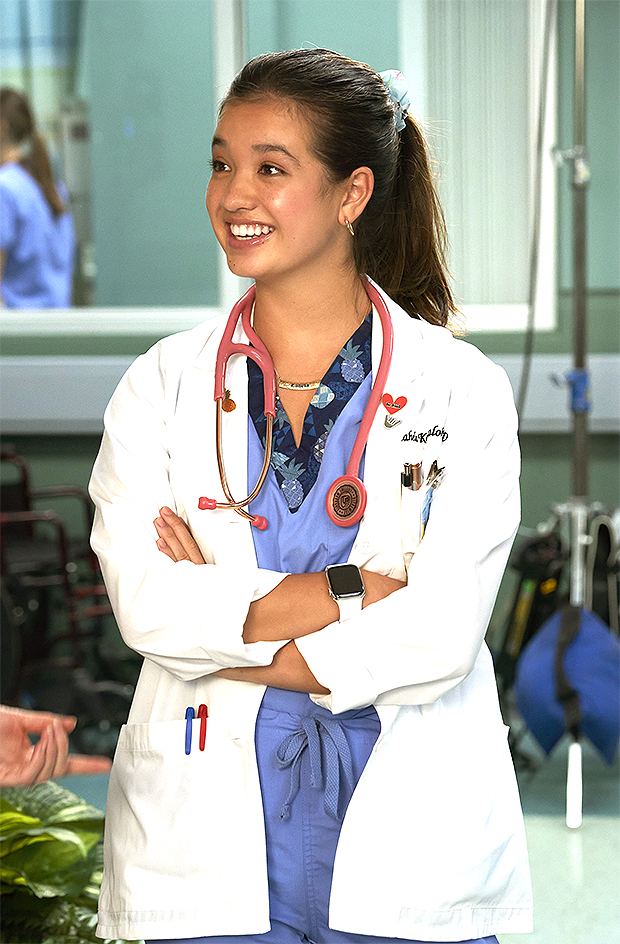 Lahela works at the hospital, alongside her mother, who is technically her boss. For Peyton, she was “eager to tackle” this “juxtaposition between being mother-daughter and being coworkers and sort of where they draw that line between church and state. Or, for them, it’s home and hospital. So sort of seeing them collide and clash and pull away from one another, there’s so many layers to the relationship, but it’s all built on a foundation of love and respect for one another. Because of that strong foundation, they always find their way back to each other.  I do think it’s a very fun and dynamic relationship that they have.”

Lahela is a 16-year-old girl trying to balance her life as a doctor while also being a teenager. Peyton admitted that Lahela will start to “question the life that she’s chosen for herself. I think that’s very natural. I think everyone does that no matter what path you choose in life. There will always be moments where you wonder: what would my life look like if I had done something else? I definitely think that’s something that she sort of battles and deals with.”

Lahela’s entire family, not just her mom, will be a focal point of Doogie Kamealoha, M.D. Right away, Peyton felt a kinship with Lahela and series creator Kourtney Kang because they are both stuck in the middle when it comes to siblings. 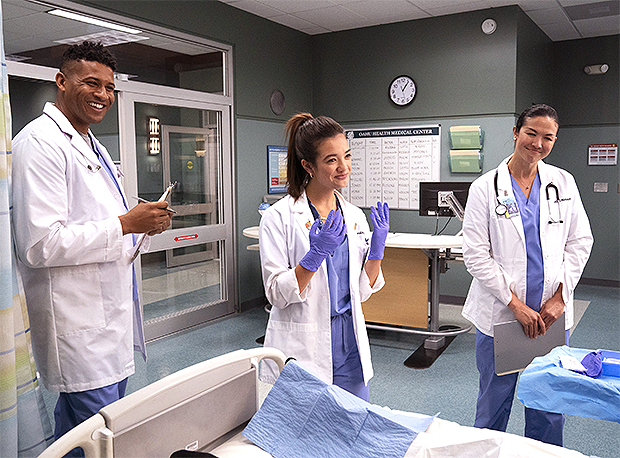 “In a typical household, or in our experience, it was the oldest one who is sort of the star child, the golden child, and then the youngest one is sort of the baby that can do no wrong and sort of being caught in the middle of that… I think a really fun dynamic is that even though she’s this teenage doctor that’s saving lives, she feels that she gets the least recognition in her household. Anything her brothers do is this incredible thing that their parents are so excited about. Everything she does is like, ‘Oh, yeah, that’s just what Lahela does.’ Getting to dive into that relationship with their birth order and how that affects their family dynamic was really fun to sort of focus in on,” Peyton said.