Pete Davidson wants Kanye West to “grow the f–k up.”

“Yo it’s Skete. Can you please take a second and calm down. It’s 8am and it don’t gotta be like this,” the comedian texted West in screenshots shared by “Saturday Night Live” writer Dave Sirus on Sunday.

“Kim is literally the best mother I’ve ever met. What she does for those kids is amazing and you are so f–king lucky that she’s your kids mom,” he continued. “I’ve decided im not gonna let you treat us this way anymore and I’m done being quiet. Grow the f**k up.”

According to the screenshots – which Page Six can confirm are real – West then asked, “Oh you using profanity now. Where are you right now?”

Davidson clapped back with a selfie of himself shirtless under the covers, adding, “In bed with your wife.” 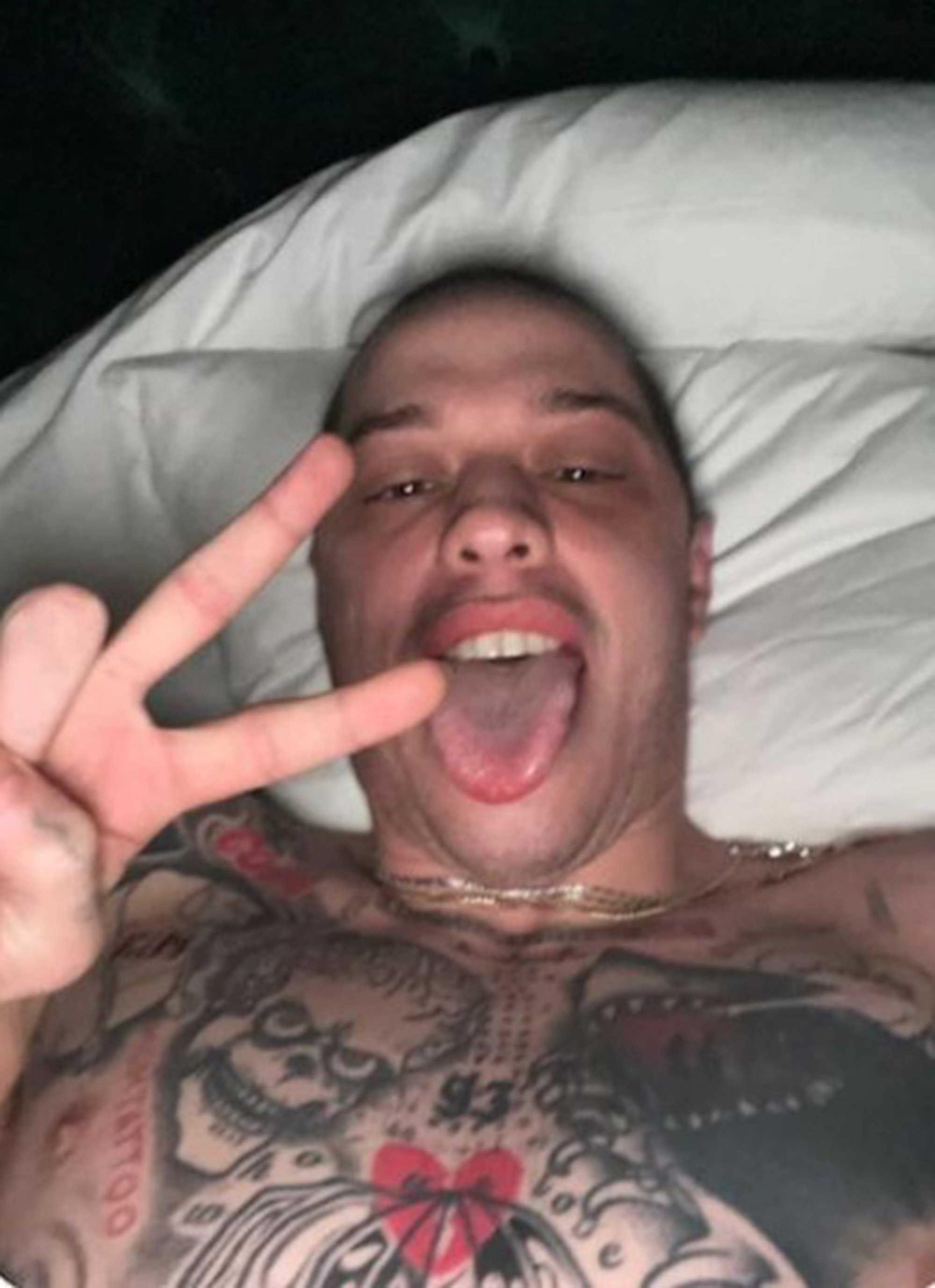 West, 44, and Davidson, 28, continued to go at it during their text conversation, with “The King of Staten Island” star suggesting they meet up in person.

“I’m in LA for the day if you wanna stop being a little internet bitch boy and talk,” Davidson wrote.

“You don’t scare me bro. Your actions are so p—y and embarrassing. It’s so sad to watch you ruin ur legacy on the daily.” 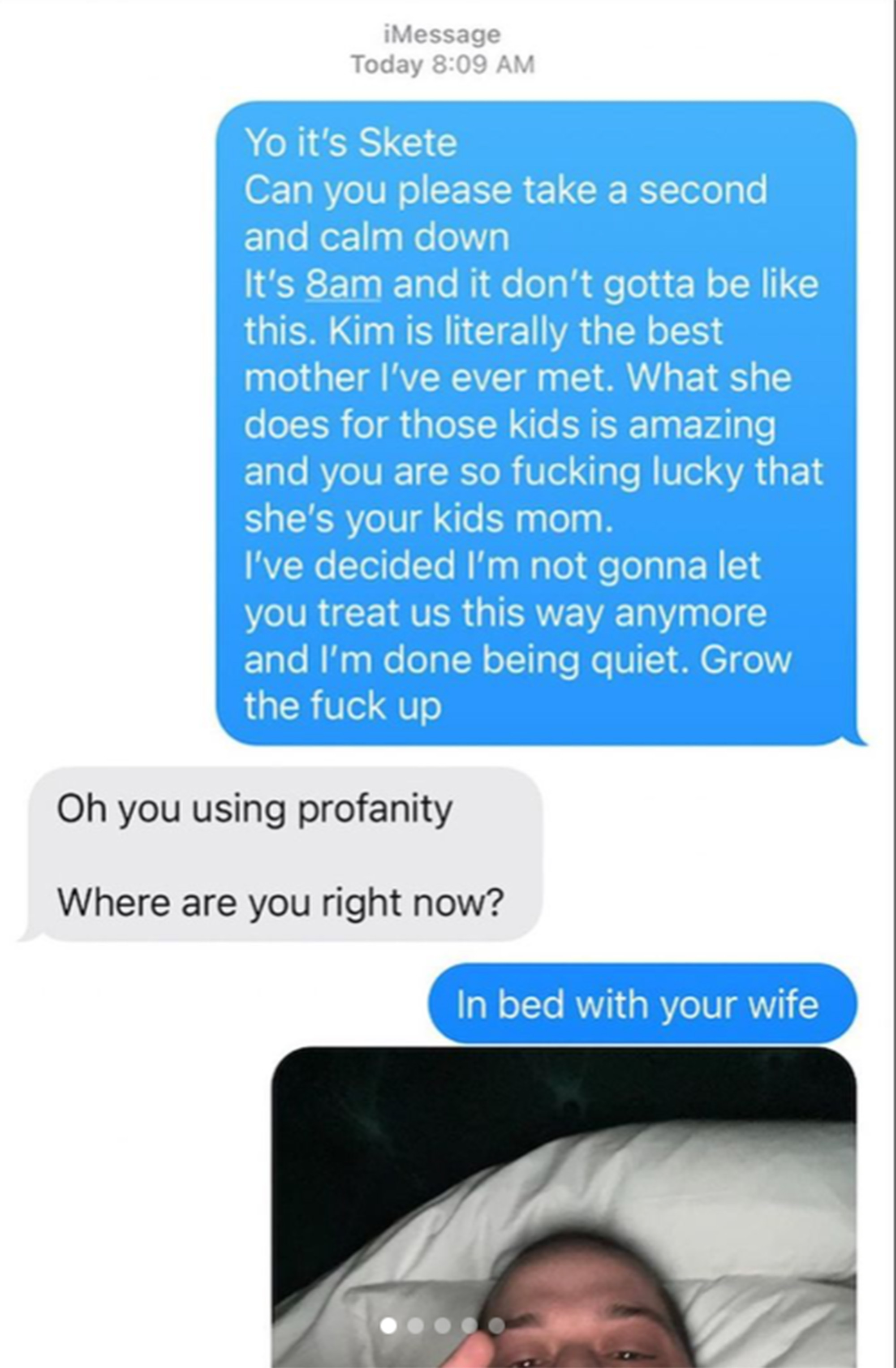 He at one point changed his tune, however, insisting to West, “Let me help you man. I struggle with mental stuff too.”

“It’s not an easy journey, you don’t have to feel this way anymore. There’s no shame in having a little help. You’ll be so happy and at peace,” he added. “I have your back even though you treat me like shit because I want everything to be smooth. But if you continue to press me like you have for the past 6 months I’m gonna stop being so nice.”

Davidson’s texts were in response to the videos West posted on his own Instagram earlier on Sunday, in which he called out Kardashian for allowing their 8-year-old daughter, North, to post videos on TikTok. 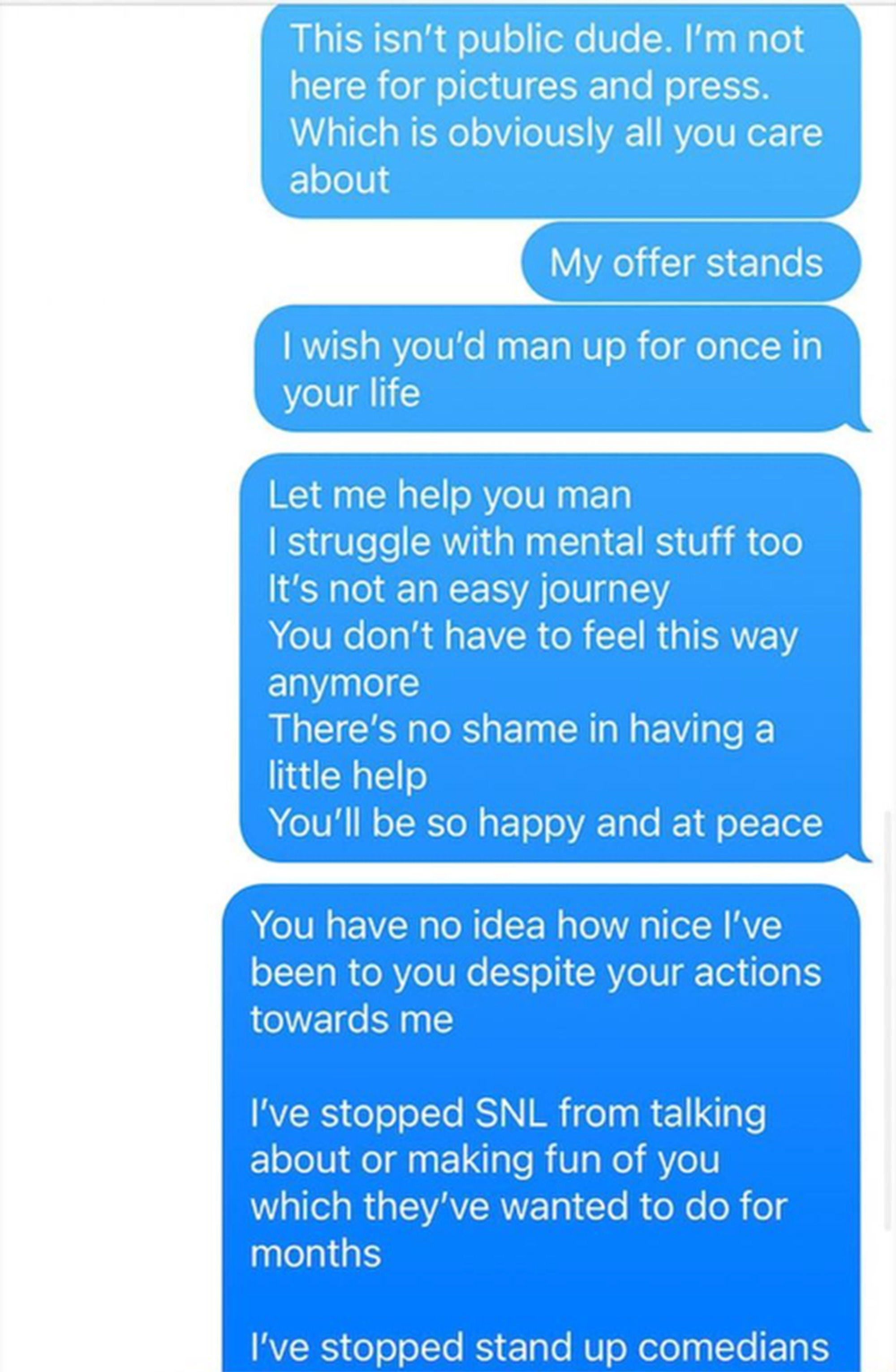 The “Eazy” rapper also claimed Davidson was “antagonizing” him through texts and “bragging” about being “in bed with [his] wife.”

Reps for Kardashian and Davidson did not immediately respond to Page Six’s multiple requests for comment.

As Page Six previously reported, Sirus has posted on behalf of Davidson before, including a tribute post to Bob Saget shortly after news of the “Full House” alum’s death broke in January.