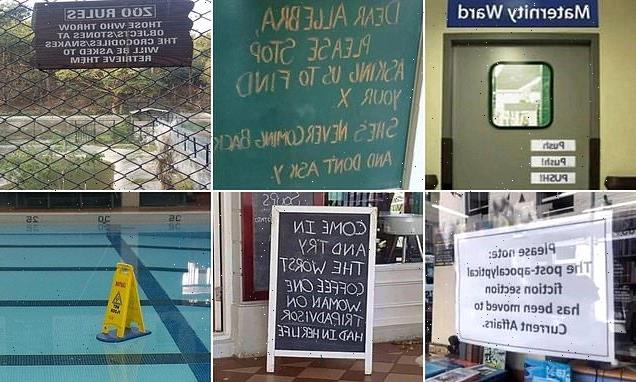 A sign of a good sense of humour! Snaps reveal VERY funny notices designed to grab your attention – from ‘push, push, push’ on a maternity ward door to a ‘wet floor’ board on a swimming pool

Sometimes a funny sign can brighten up a sad day – from ‘push push push’ being written on the doors of a maternity ward to wet floor sign being placed under a door.

And now people from around the world have shared the best examples of comical signs and and notices – with the very best collated in a gallery by The Rocket Science.

One funny attempt at self deprecating humour shows a café highlighting a bad review, while another asks drivers to join in if they hate speeding ticket, by raising their right foot.

Elsewhere, a hotel lets customers know that dogs are welcome by saying they’re better than humans, and the phrase ‘it’s 5 O’clock somewhere’ gets replaced with ‘it’s 2020’.

Here, FEMAIL shares some of the best examples… 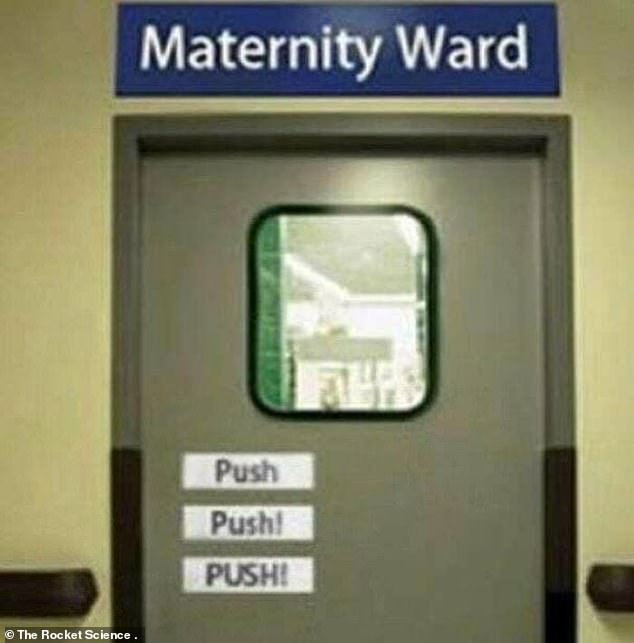 One maternity ward door, believed to be in the US, hilariously had ‘Push Push Push’ written on it 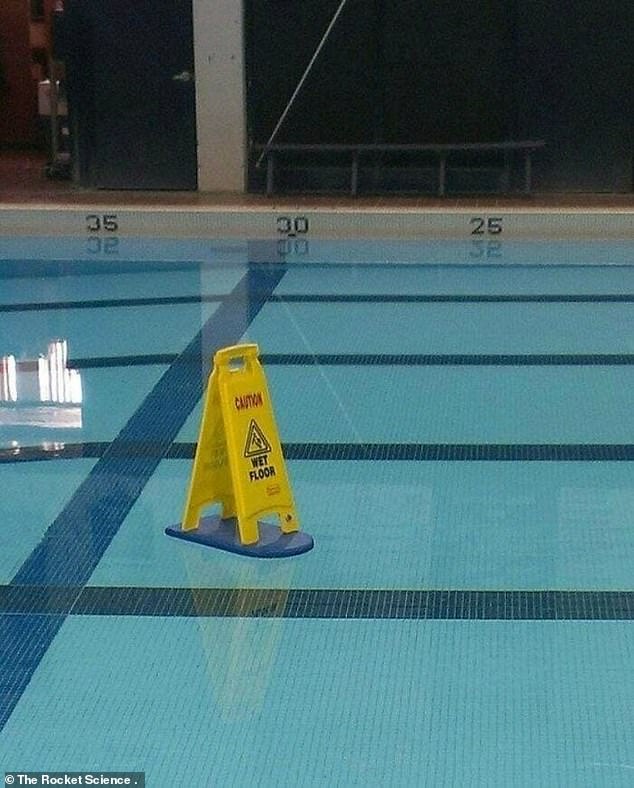 One hilarious person, believed to be in the UK, put a ‘caution wet floor’ sign under the swimming pool 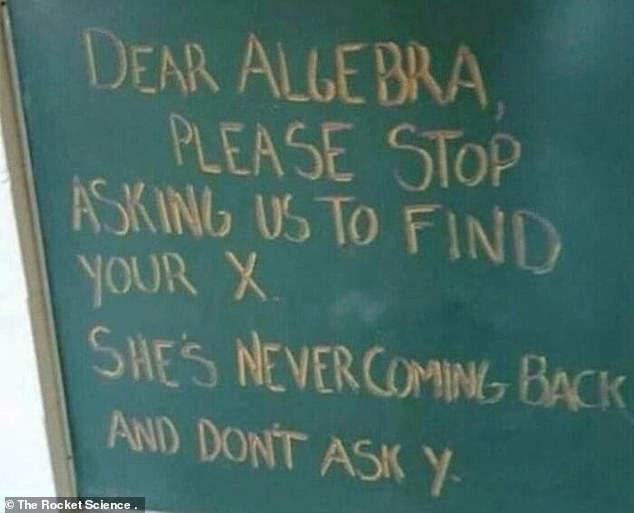 Speaking for students everywhere! One school at an unknown location asked algebra to stop looking for X – and don’t ask Y! 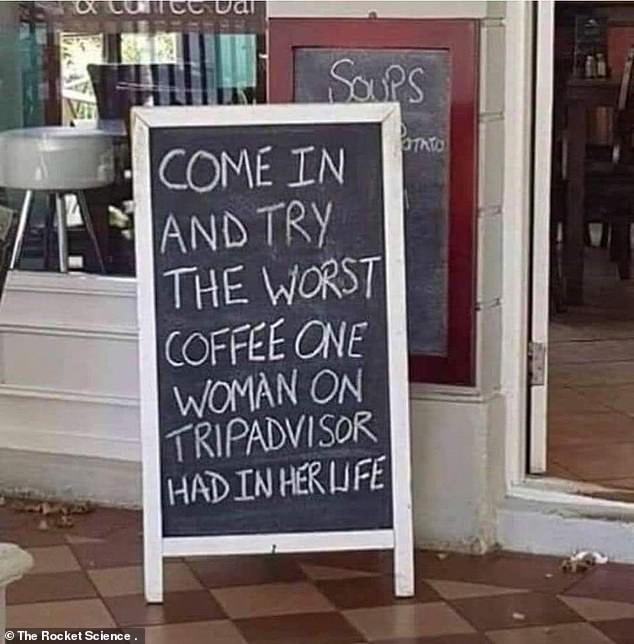 Taking it on the chin! One cafe in Stockport, UK, said ‘come in and try the worst coffee one woman on TripAdvisor ever had in her life’ 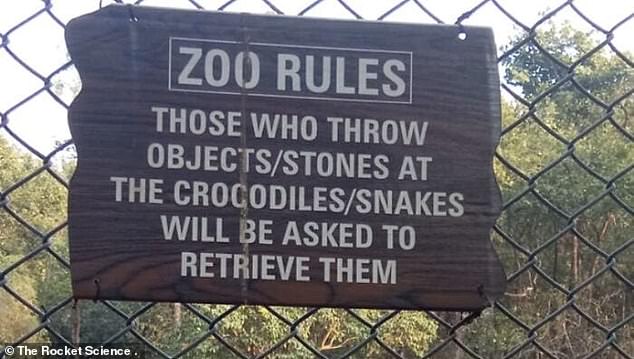 Getting snappy! One Zoo in India joked that visitors who throw rocks at crocodiles will have to retrieve them too 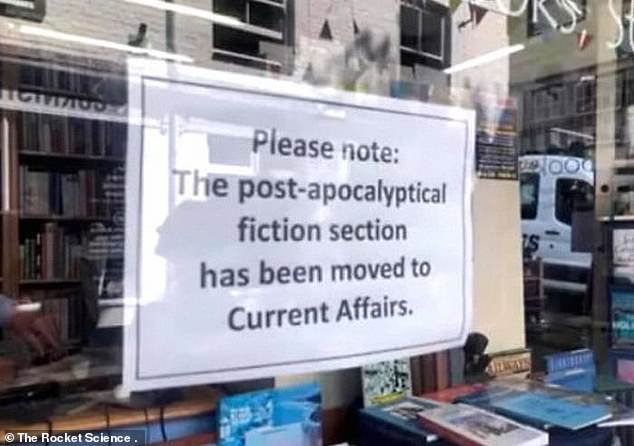 How 2020s!  One UK bookshop jokingly put up a sign saying they’d moved their post-apocalyptic fiction page to current affairs 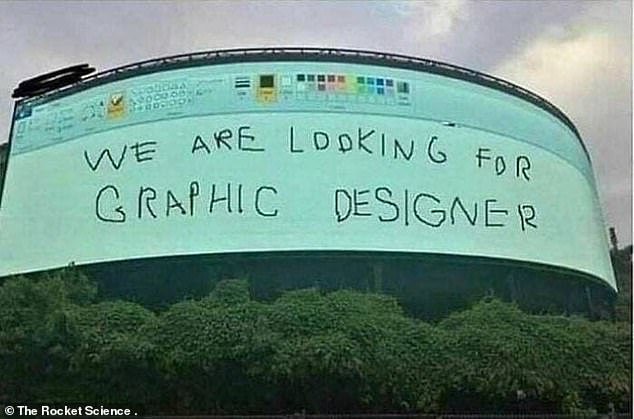 One creative billboard, in LA, said they were ‘looking for a graphic designer’  on a very poor design 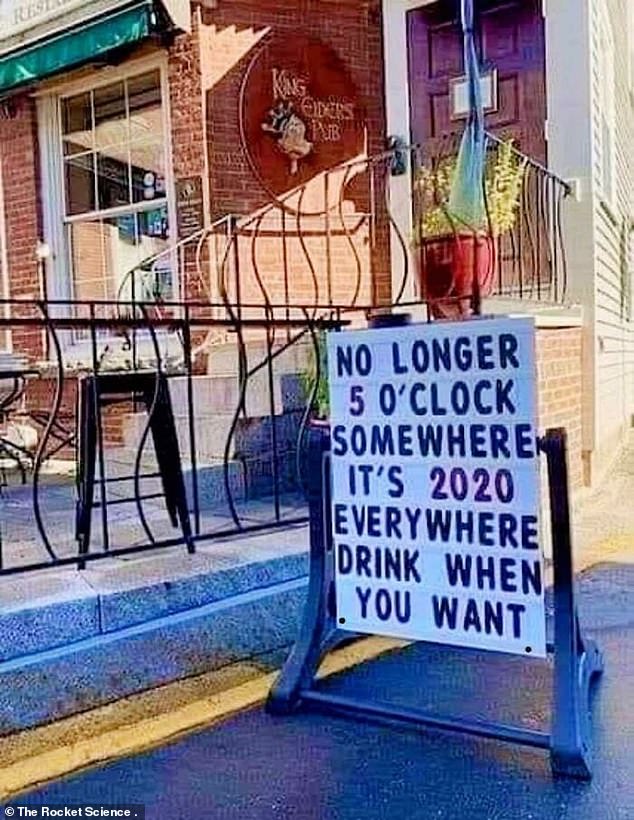 Any excuse! Another sign in Maine, USA joked ‘It’s 2020, everywhere, drink when you want!’ 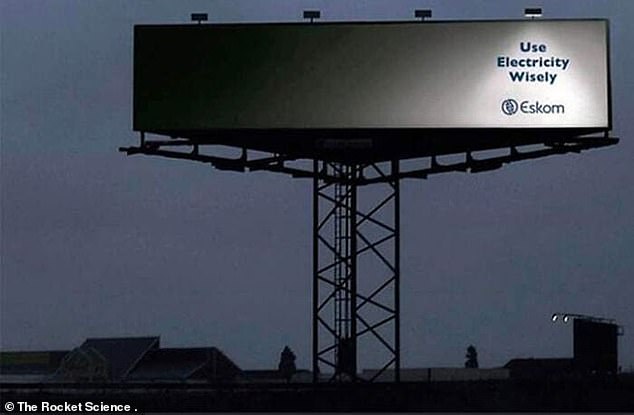 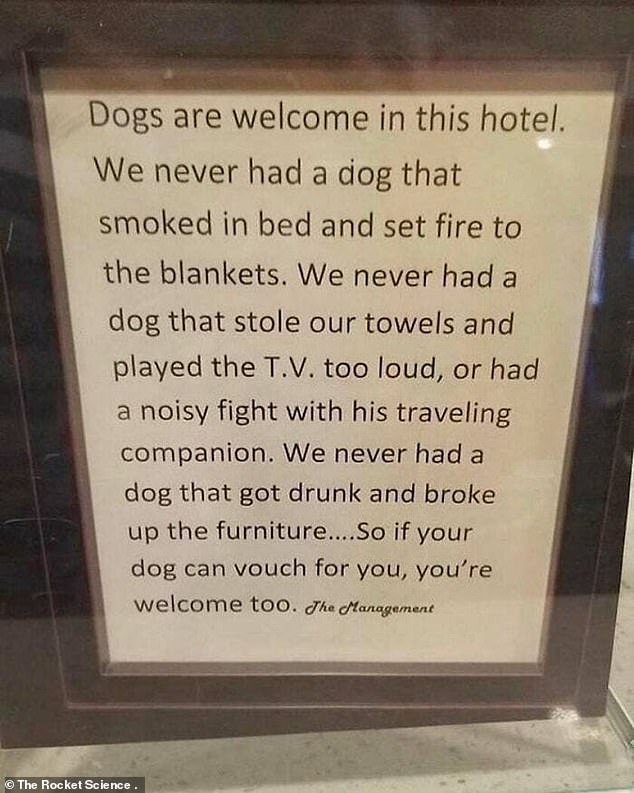 One hotel in San Francisco, US, said that dogs are welcome to stay – as they’re better than humans 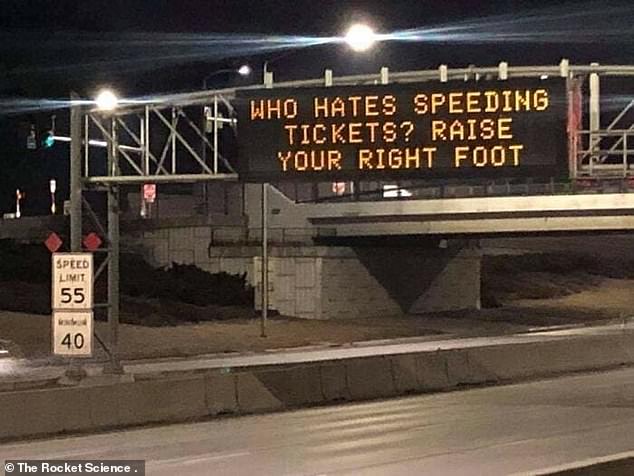 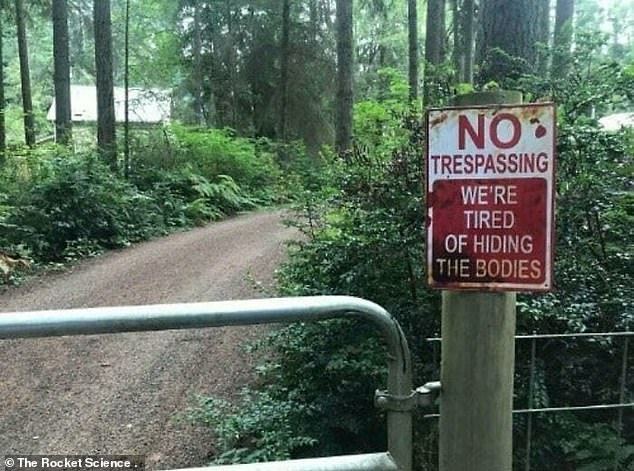 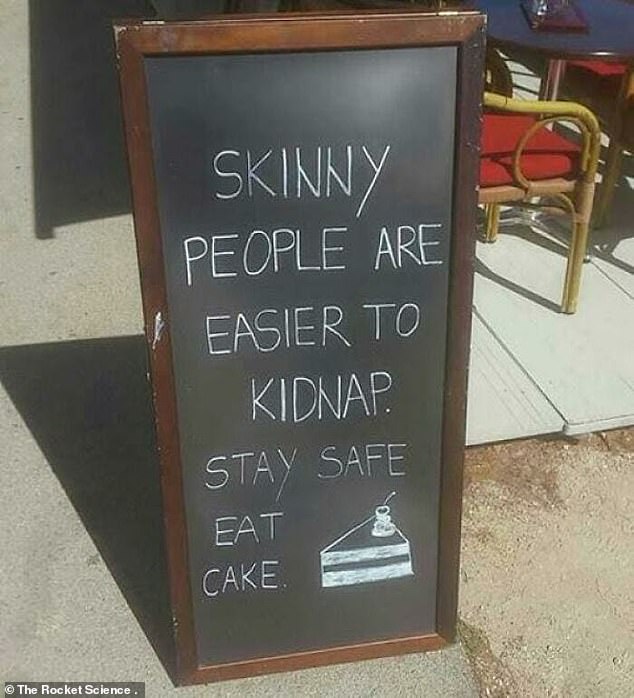 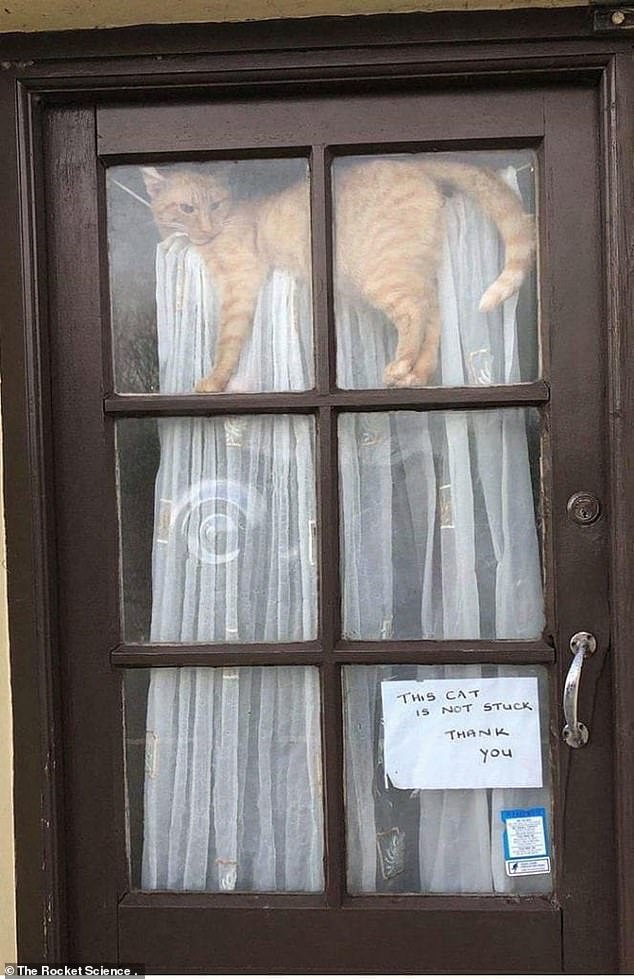 Another home in the UK had to put up a sign saying their cat wasn’t stuck, after being asked too many times 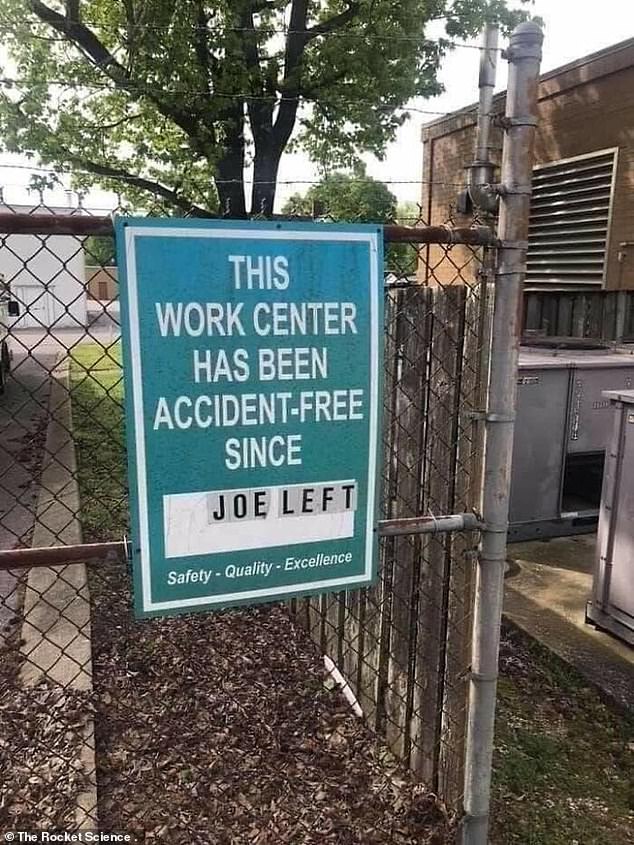 What did Joe do! One work site in the US said that there had been no accidents since Joe left 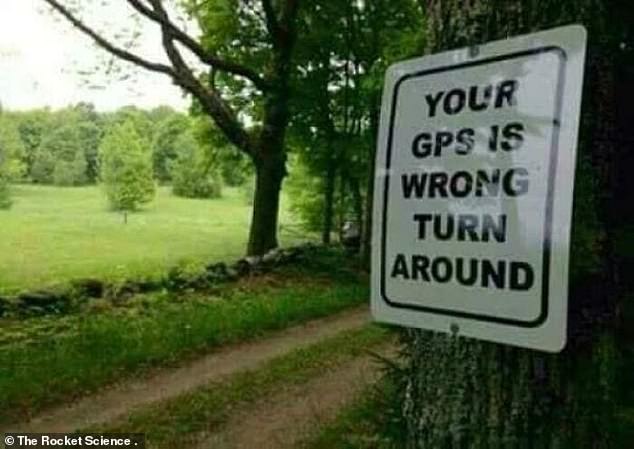 Turn around, another sign at t dead end told drivers to turn around because their GPS was wrong